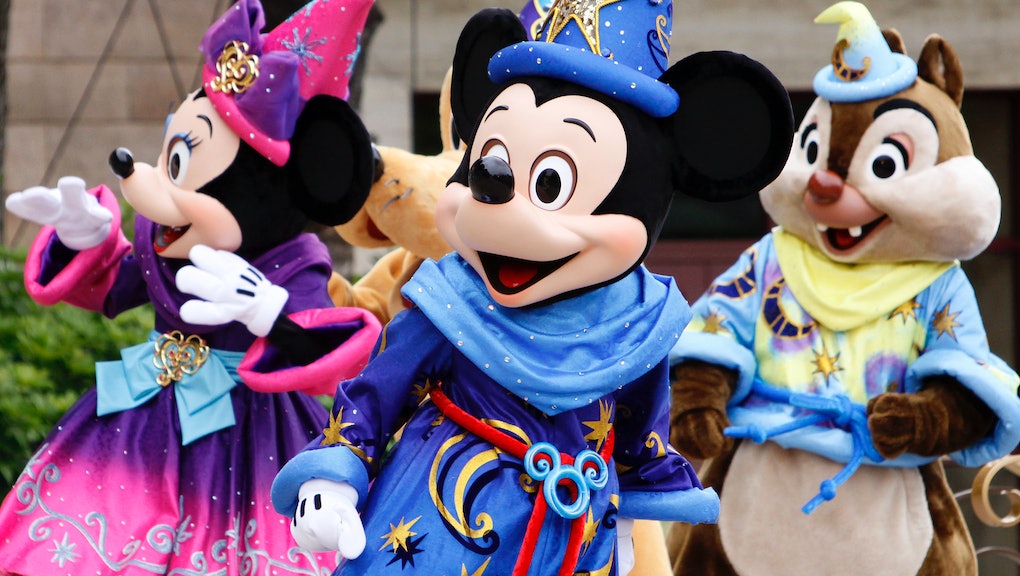 Staring down what already feels like a lost summer, it’s incredibly strange watching the race to reopen theme parks. Earlier this month, Disney World stretched the limits of its magic by reopening the Disney Springs complex to temperature checks and plexiglass covers. Remarkably, people lined up for the bizarre new retail experience. Now, the parks are following suit, with Universal Studios set for an at-your-own-risk reopening on June 5.

Disney World has outlined a phased reopening of its Florida parks, starting in mid-July. Magic Kingdom and Animal Kingdom will lead the charge on July 11, with Epcot and Hollywood Studios to follow on July 15. On Wednesday, the Orange County Recovery Task Force approved the company’s plan. Now, it just requires approval from the Orange County mayor and Florida Gov. Ron DeSantis.

So what will these new safety measures look like? Much like the Disney Springs retail and food complex, all employees and guests will be required to wear masks and have their temperature checked before entering the park. Once they’re in, capacity will be significantly reduced from pre-pandemic levels, with an increase in hand-sanitizing stations. Disney will also be suspending crowd-heavy draws like parades, fireworks, and other large entertainment events.

An unlikely emblem of the culture wars, mask-enforcement brings an obvious challenge to any large space looking to reopen in the coming months. One Disney executive told the New York Times that “signs would have ‘strong language’ and that ‘high-energy squads’” would wander the park to encourage mask-wearing. They also might establish “relaxation zones” where guests can remove their masks. However hard it may be to imagine theme park-goers subjecting themselves to cheerful scolds — or worse, brawls between guests over the proper use of masks — this is what we’re stuck with now.

Although Disney is hoping to avoid “going too far, too fast,” as chief executive Bob Chapek told the Times, the inherent health risks seem unavoidable. Florida’s coronavirus case count continues to seesaw between the mid-hundreds and low four-figures per day, with outbreaks emerging throughout the southeast. Adding another destination for interstate travel only multiplies the risk. With Disney World’s July opening and the NBA’s possible return to the ESPN Wide World of Sports complex, it’s increasingly clear that Orlando might just be the test ground for resuming culture in America, for better or worse.