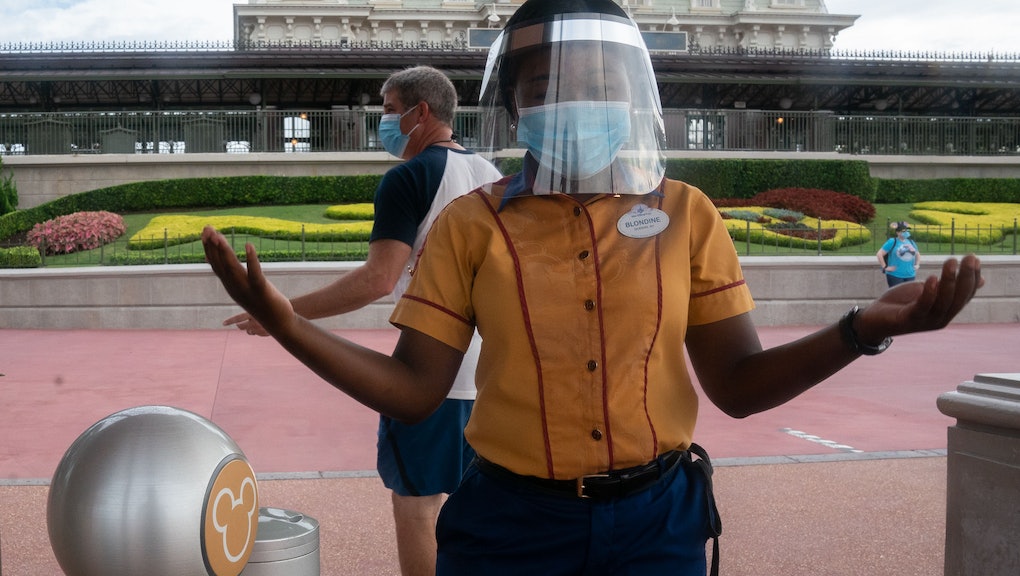 When Disney World reopened last month, it wasn’t entirely clear how a theme park could operate safely during a global pandemic, or if anything resembling a normal crowd would even be willing to take the risk. Earlier this week, the park announced plans to reduce its hours starting in September, after the company reported reduced turnout and “adversely impacted” earnings. Now, Disney has announced plans to open a coronavirus testing center on Walt Disney World property.

As the Hollywood Reporter first pointed out, the company’s COVID-19 testing center will be available to cast members and their immediate families, along with any other Florida residents. It opens Thursday, right at Disney's main gate office complex near Animal Kingdom. In a statement, Disney was keen to downplay the pressures of union members to provide widely available testing on-site. “We have offered the location to help with community testing and any suggestion that this has been done as a result of any one union is unfounded,” the company said in a statement.

The union in question, Actors’ Equity Association, has adamantly demanded testing on-site testing for park workers. Actors’ Equity previously filed a grievance with Disney after workers weren’t recalled from furlough due to the union's demand for available testing on company grounds. Earlier on Wednesday, Actors’ Equity president Katie Shindle released a statement crediting union pressure for the decision. “We have been consistent that testing is an important part of ensuring a safe workplace for Equity performers, and today, I’m pleased to see that Disney World has agreed,” the statement reads. “With the news that Disney will make testing available for Equity performers and others in the park, I’m happy to announce that Equity’s executive committee has signed a memorandum of understanding with Disney for Equity performers to return.”

Since the Disney parks announced plans to reopen earlier this summer, it’s resulted in a fraught struggle for more available testing. In June, about 200 cars joined California Disneyland employees in protest over inadequate testing and safety protections. As coronavirus cases surged in California, the company delayed its previously announced re-opening date of July 17 indefinitely. Read our interview here with a Disney World restaurant worker on the park’s dystopian return, confusion over hours and staffing, and how guests have cooperated with the new safety regulations.