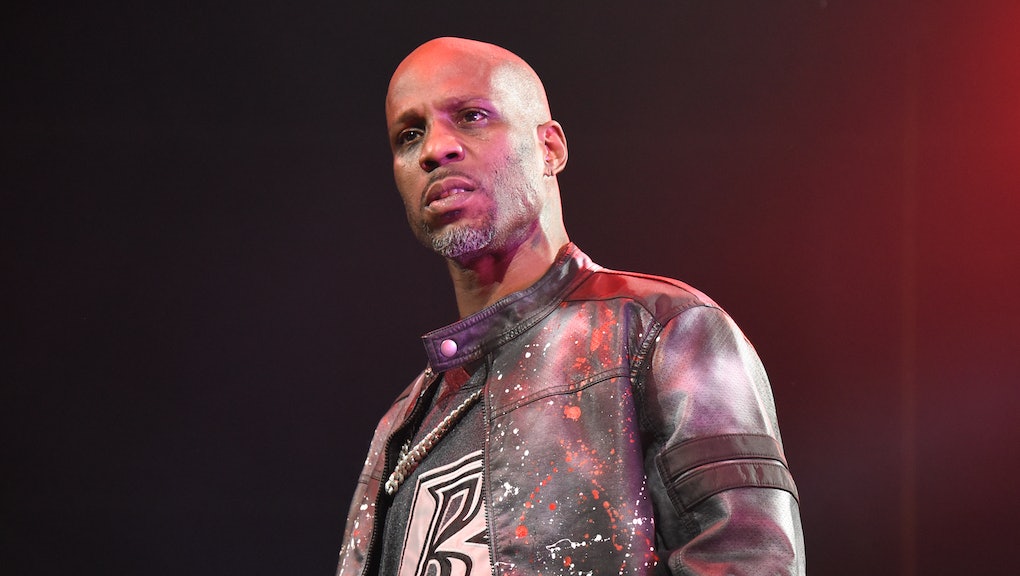 DMX, the intense, gruff-voiced rap legend, has died at 50

DMX, one of the most dominant rappers of the late 1990s who rose to prominence with his gruff voice, intense mic presence, and emotive lyricism, has died, according to Associated Press and a statement released by his family. He was 50 years old.

“We are deeply saddened to announce today that our loved one, DMX, birth name of Earl Simmons, passed away at 50 years old at White Plains Hospital with his family by his side after being placed on life support for the past few days. Earl was a warrior who fought till the very end. He loved his family with all of his heart and we cherish the times we spent with him. Earl’s music inspired countless fans across the world and his iconic legacy will live on forever," his family said in a statement. "We appreciate all of the love and support during this incredibly difficult time. Please respect our privacy as we grieve the loss of our brother, father, uncle, and the man the world knew as DMX. We will share information about his memorial service once details are finalized.”

Born Earl Simmons, the rapper died at White Plains Hospital on Friday, April 10 after suffering a heart attack as a result of an accidental drug overdose, according to reports by TMZ. He was first reported as having accidentally overdosed on Friday, April 2, and suffering from impaired brain activity as a result. Loved ones visited him in limited quantities due to COVID-19 protocols, while fans have gathered outside of the hospital to pay their respects in the days since.

Simmons came up in Yonkers, New York, and began to build his stardom in the late 1990s, after the deaths of Notorious B.I.G. and 2Pac left rap wide open. He built his buzz in 1997 with appearances on songs like LL Cool J’s “4, 3, 2, 1,” Mase’s “24 Hours to Live,” and the LOX’s “Money, Power, Respect.” In 1998, he had one of the greatest years in rap history: he released his first album It’s Dark and Hell Is Hot and the follow-up Flesh of My Flesh, Blood of My Blood, both of which debuted at the number-one spot on the Billboard 200 charts. He was only the second rapper to ever achieve the feat, after the late 2Pac had done it a couple years earlier.

But DMX’s reign went far beyond the charts: songs like “Get at Me Dog,” “Slippin’,” and “Ruff Ryders’ Anthem” saw him delivering his lyrics with an inimitable intensity, growling and shouting (partly inspired by his love of dogs) over knocking production at one moment before delivering somber, pensive prayers the next. He was the franchise player for Ruff Ryders, an East Coast rap crew that held its own with Roc-A-Fella, Bad Boy, and other star rap labels in the late 90s and early 2000s. Name a rapper from that era, X likely appeared on a song with them and held his own: Jay-Z, Method Man, Busta Rhymes — the list goes on. Beyond the recording booth, Simmons also pursued an acting career. He appeared in more than a dozen films, including Romeo Must Die alongside Aaliyah and in hood classic Belly with fellow rap legend Nas.

But Simmons also had his demons — which made his music more sincere and relatable, but had him in a constant battle in his personal life. When he was 14, a mentor of his laced his marijuana with crack without Simmons’s knowledge while the two were counting money after a robbery (he tragically recalled the moment in a stirring 2020 interview). He battled drug addiction for the rest of his life, going in and out of rehab while battling legal issues until as recently as 2019.

Longtime collaborator and friend Swizz Beatz said that the two were working on music together, and in 2020, fans got to see DMX in good spirits alongside fellow rap legend Snoop Dogg in a Verzuz battle. That’s likely how his fans will like to remember him: as triumphant over a lifetime of struggle, with an assortment of classic records that will live forever.