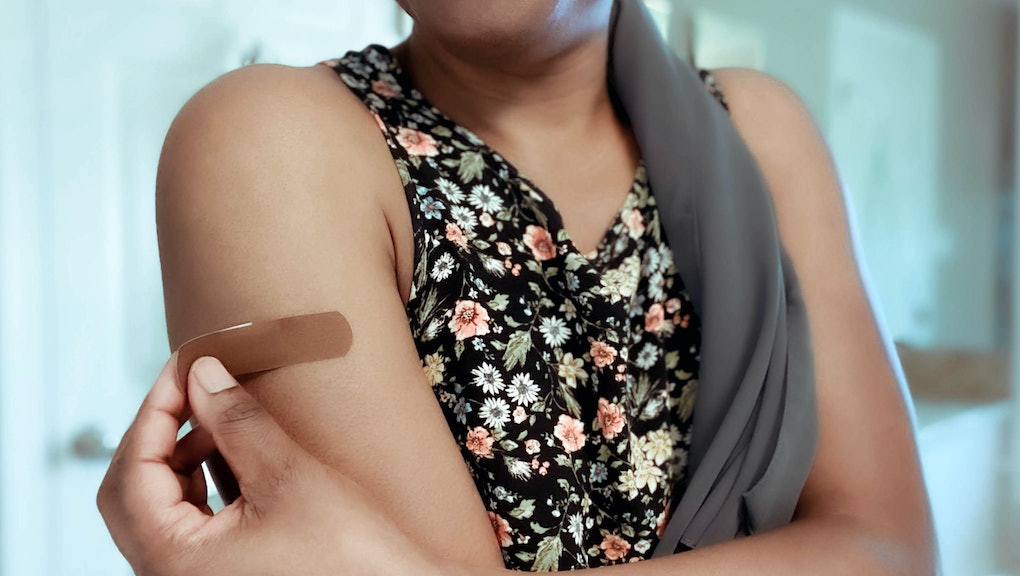 Do vaccine side effects really mean it's "working"?

When I got the Johnson & Johnson vaccine a few weeks ago, I felt sick for three days. The relentless headache and a low-grade fever made me concerned that my reaction was a sign that something was going wrong. Upon hearing this concern, a friend told me, “Don’t worry, side effects mean the vaccine is working.” I’d heard the same thing from vaccinated folks in other cities, but I was skeptical, so I decided to check the validity of this heartening theory with some trusted medical experts.

“Yes, side effects are due to the inflammatory response by your immune system in reaction to the vaccine,” says Amit Kumar, a physician in San Diego, researcher, scientist, and CEO of Anixa Biosciences, a company that is developing therapies and vaccines for infectious diseases. “A vaccine simulates the presence of the disease and your immune system reacts as if it is battling the disease.”

Kumar says we can think of the vaccine as sort of a fire drill for the body. “The immune system practices in this drill, so that later when there is a real "fire" — the presence of the actual virus — the immune system remembers and is more effective in battling the disease,” he says.

Yes, agrees Amy Baxter, an Atlanta-based pediatric emergency medicine physician and clinical professor at Medical College of Georgia Augusta University. “Systemic side effects — headache, low grade fever, muscle aches, fatigue — do indeed have to do with how your body is interacting with the vaccine and learning to identify and fight COVID,” she says.

So, does that mean that the more intense symptoms are the better? Maybe, says Baxter. “The more immune response, in general the more systemic reactions,” she explains. In other words, it could be that the more the systems of the body get triggered into responding to the vaccine, the more the body learns about fighting COVID. Kumar seems hesitant to postulate that more symptoms are better. “There is no correlation between how bad the side effects are and how well the vaccine is working,” he says.

And Baxter is also quick to add that having symptoms may not necessarily be evidence of personal vaccine efficacy. “There isn't a study demonstrating that side effects correlate with overall vaccine effectiveness,” she says.

Also, not everyone will have the same kind of response to the vaccine and how you will personally respond isn’t easy to predict. “These reactions are a mix between the type of vaccine and individual differences,” Baxter says. Kumar agrees. It all depends on many factors, he says, including the health of the vaccine recipient, which may not be known in its entirety. So if you’re trying to figure out if you should plan on having symptoms after you get the vaxx, yes, plan on it so that you have time to rest, but don’t worry if the side effects don’t show up.

Kumar and Baxter also agree that while having intense symptoms may indicate that your body is really learning to fight COVID, not having symptoms is not an indication that it’s not. Experiencing side effects may be more a matter of how sensitive you are to those symptoms. “Even if you do not have noticeable side effects, your immune system is still reacting to the vaccine,” says Kumar. “Some people feel the effects of that battle and other do not.” Going back to Kumar’s fire drill analogy, some people will loiter inside during a fire drill — it me — but that doesn’t mean they wouldn’t run in case of an actual fire.

More like this
COVID-19 vaccine drug interactions: Is there anything I should avoid?
By Joseph Lamour
10 newly vaccinated people told us their Hot Vax Summer plans
By Ally Spiroff
The benefits of rose tea, explained
By Tracey Anne Duncan
Stay up to date