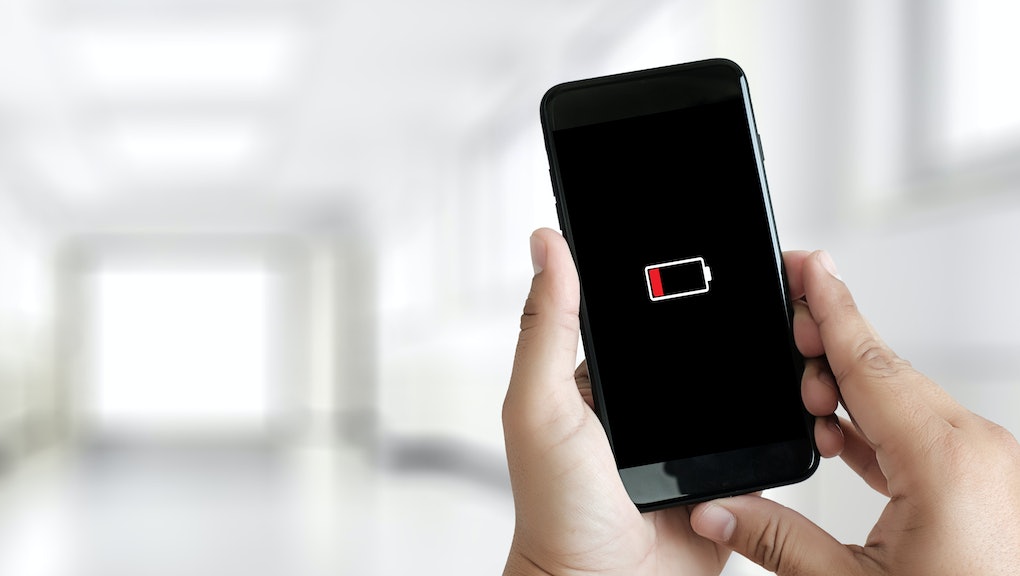 Does Airplane Mode save battery? What the feature actually does for your phone’s life

We've all been in a position where we're stuck trying to squeeze every ounce of battery power out of our phone. Sometimes stopping and plugging in just isn't an option, so we've got to make do with the charge we have. One of the most common tips given to people looking to extend their phone's life is to simply put their phone into airplane mode to save battery. Doing so is supposed to keep your phone alive for much longer so when you truly need it, it'll be available. But does the trick actually work, and is it really worth it?

What is airplane mode?

Airplane mode is a feature available on just about every smartphone regardless of the operating system. Regardless of the device that you use, airplane mode does the same thing: disables all connectivity on your phone. As you might have guessed from the feature's name, airplane mode was designed for air travel. Passengers are typically asked to turn off all electronics during a flight, especially their phones, in order to avoid any sort of interference with the plane's equipment and radio communications — though the Federal Aviation Administration only started accepting airplane mode as an alternative to turning off a device entirely in 2013. Airplane mode allows you to keep your phone powered on without running all of the features that may cause issues.

Cellular network connectivity: When you enable airplane mode, your phone will stop attempting to communicating with cell towers. That means it will no longer be connected to your mobile network and won't be able to send or receive calls or text. It will also be unable to use any cellular data, so you won't be able to go online, receive email, stream videos or anything else that you might normally do.

Wi-Fi: Not only will you be cut off from your mobile network in airplane mode, but you'll also be prevented from joining any Wi-Fi network. Phones in airplane won't scan for available networks and will be disconnected from any hot spot that you might be connected to. You are able to re-enable this feature while in airplane mode, but by default Wi-Fi connectivity is cut off.

Bluetooth: Airplane mode disables any Bluetooth communication, typically used for wireless, nearby connections. If your phone is in airplane mode, you won't be able to connect to your wireless headphones, your smartwatch or any other device that you might typically keep connected with your device via Bluetooth. Like Wi-Fi, you can enable Bluetooth while in airplane mode, but it is off by default.

GPS: While older operating systems typically turned off GPS while in airplane mode, it has become more common for the feature to remain active. The reason for this is that GPS satellites transmit data to GPS receivers in a device, which use that information to calculate its own location. There isn't a need for a phone to get location data from a cell tower, so it can instead use the GPS satellites to track its locations. However, maps applications may require a cellular connection to display any additional information or allow you to search for directions and other information.

What can your phone do in airplane mode?

Well, not a ton, but it's not quite relegated to the status of an expensive paper weight. When in airplane mode, you can still access content that has been saved to your device. If you loaded up on saved music, podcasts or audiobooks, you'll be able to continue listening without interference even in airplane mode. You'll also be able to view photos and videos stored on the phone's internal memory or read content saved to the device. But if it's not on your phone, you're not going to be able to access it.

Why use airplane mode?

As previously mentioned, the primary purpose of airplane mode is to make sure your device isn't causing problems during air travel. But, of course, there are other purposes for using the feature — primarily, attempting to save battery. Airplane mode is a favorite trick of people who are attempting to get as much life out of their phone as possible, and for good reason. It makes sense that cutting off all of the connectivity functions that are typically running on your device might allow the phone to use less battery.

You can use airplane mode for a variety of other little tricks, too. You can put your phone in airplane mode and check messages on apps like Facebook or WhatsApp without triggering the read receipt and tipping people off that you got their message. Others have suggested the feature works to screenshot photos and videos on Instagram or Snapchat without the apps informing the poster that you captured their post. Some people recommend using airplane mode to troubleshoot any connectivity issues, giving you an easier and quicker reset than fully rebooting your phone and going through a power cycle. Finally, it's just a good way to force yourself to disconnect for a bit. With airplane mode engaged, you're free from the burden of being bombarded with text messages, emails, and other notifications that are liable to make you want to toss the phone out of a window. Airplane mode is much easier and less costly than doing that.

Does airplane mode actually save battery?

Turning on airplane mode will slow the process of your phone's battery draining. This happens for all of the intuitive reasons that you may imagine. With airplane mode on, your phone isn't pinging a cell tower constantly in order to make sure it's connected to a network. It isn't searching for Wi-Fi networks that it can connect to. It isn't keeping constant contact with your Bluetooth connected devices or tracking your location with GPS. Perhaps most importantly, it isn't allowing the apps on your phone to constantly communicate with servers to bring back all of the information that keeps your eyes attached to your phone in the first place.

In testing conducted by The Wirecutter, it was found that airplane mode caused battery levels to drop by just a few percent over the course of a four hour period. During that same time frame, a phone without airplane mode enabled saw its battery drain by 10 percent. Similarly, the Daily Dot found that turning on airplane mode will save you about 8 percent of battery that would otherwise be drained during standard usage.

While it can save you some battery life, turning your phone to airplane mode can also help you charge your phone faster. Again, with none of the connectivity feature activated, there is far less power being used and it won't counteract the charge as your phone's battery returns to full capacity.

Using airplane mode certainly has its shortcomings. You'll effectively be cut off from the world while you have the mode activated. Turning the mode on and off over the course of the day to limit your battery consumption is an effective strategy to make sure your phone is still charged when you need it, but you'll need to keep it off for extended periods to make the effort worthwhile. Otherwise, your phone likely has a battery saver mode that will limit some functions without cutting you off from the world and still saving you a fair amount of your battery from draining.