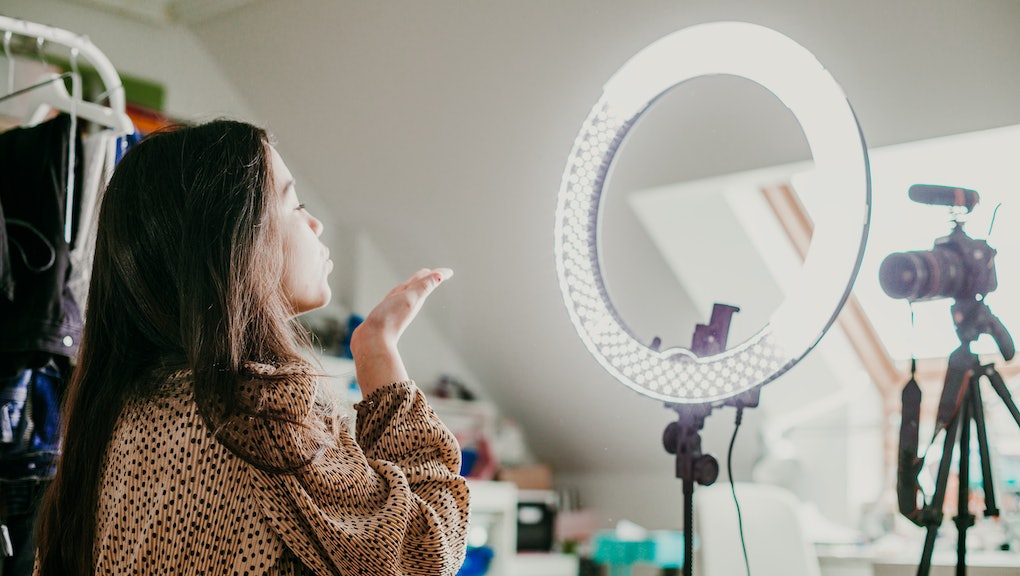 Does imposter syndrome plague influencers or are some of them just imposters?

My social media feed is overflowing with wellness influencers “struggling with imposter syndrome.” I know this because they post about it all the time. The thing is that, after perusing some of their content, some of them really do seem like imposters, or at least not experienced enough to be giving other people advice about how to live right. There are yoga teachers with terrible — and potentially dangerous — alignment, life coaches with advice about how to overcome trauma that is definitely not trauma informed, and wellness influencers who tout some seriously questionable supplements. So, for the sake of our wellbeing, I (along with some actual experts) decided to examine the difference between people who have imposter syndrome and the people who are touting BS advice and simultaneously claiming to experience imposter syndrome.

To be clear, imposter syndrome is a real phenomenon that many people, especially BIPOC, queer, TGNC, and female-identified folx struggle with. Amanda Keating, a Tampa-based psychotherapist, describes imposter syndrome as a dilemma of conscience for individuals who have been trained and have experience in a given area. It often happens when high-achieving people who come from under resourced and underestimated communities aren’t able to internalize validation about the very real depths of skill and knowledge they possess.

As a result, Keating says, imposter syndrome generally manifests in one of two ways: Either a person who is well-trained in their field feels anxious about sharing the expertise they have or a person is well-trained enough to know that they can’t deliver what they think their audience or client base wants or needs. The dilemma she refers to is about how in both cases, a person with imposter syndrome really wants to help or serve people — and have the ability to do so but sometimes, not the confidence. Real imposters, on the other hand, sometimes have neither experience nor conscience, says Keating. They just want to sell you something.

In other words, the difference between people with imposter syndrome and clueless influencers is how much entitlement they feel about their level of expertise. “Some people do not know what they do not know and therefore feel justified in their authority — however limited,” explains Carrie Krawiec, a psychotherapist in Michigan. Yes, read that again if you need to.

Now, let’s keep in mind that there’s a spectrum for inexperienced influencers who tout bogus knowledge — some are just exaggerating their existing knowledge while others are straight up scamming us. Being a scamfluencer, then, is basically the opposite of having imposter syndrome. Scam artists in general pretend to have expertise that they don’t, while people with imposter syndrome have expertise that they don’t feel entitled to use.

Because imposter syndrome amongst BIPOC people is just one of the insidious ways that white supremacy makes non-white people feel fraudulent or undeserving of legitimately earned recognition, imposter influencers are definitely a real problem that anyone who cares about social justice should be concerned about. The thing is that, because of the new-ish hashtag appeal of the phrase “imposter syndrome,” some scam artists are starting to use the performance of feeling fraudulent to mask actual fraudulence. This is some next level entitlement, y’all.

Scamfluencers with faux imposter syndrome are doing everyone a great disservice. First of all, they’re deceiving people, which is gross, and also costly. Scam influencer marketing cost consumers about $1.9 trillion dollars in 2019, according to CBS. That’s money that could have gone to real professionals who can help people with real problems, and now many of those real pros are leaving social media because they see their industry’s being taken over by scammers, so they may become harder to find.

But scam influencers who use imposter syndrome as a pseudo-vulnerable flex have gone a step beyond just fooling us. They are also hurting people who actually have it by making the term so ubiquitous that it’s becoming trite. And — worst of all, I think — they are co-opting and cashing in on the experiences of actually marginalized people by centering their — personally created — lack of confidence as somehow evidence of a systemic issue rather than exposing it for what it is — privilege in shabby chic clothing.

Look, I’m not going to call out anyone in particular in the story because I don’t have to. If you’re on TikTok or Instagram, you know who I’m referring to: The sex ed experts with no degrees or training, the relationship expert who somehow has all the answers but has never cracked a psychology book, and the certification-less financial experts who want to teach you how to get rich quick.

So, how can you tell the difference between a public figure who is trustworthy but struggling with imposter syndrome and a scamfluencer? “The easiest way to determine whether someone is legitimate in a variety of disciplines is that they have a license to work in an industry,” says Keating. Licensure, Keating says, protects the public by ensuring that professionals have at least a minimum level of skills and experience.

I see where Keating is coming from, but I also want to note that some licensing boards are run by the state — and are therefore inherently biased against and inaccessible to many marginalized folx — or are run by agencies with agendas that have more to do with making money than protecting the public. Also, we also know that institutional education is not the only valid kind, ask yourself if a degree-less person appears to have trained in any way at all. What is their credibility like?

You can also tell a lot by an expert’s demeanor. “Highly intelligent and scientifically literate usually remain curious and open to learning rather than seek being seen as the authority on a topic,” Krawiec says. In other words, experts are likely to be demonstrating their expertising rather than trying to prove that they have it, and they are also likely to be willing to engage with critique and questioning.

If you’re trying to tell the real from the fake in the barrage of wellness advice on social media, Keating says that one way to tell the difference is to stay tuned in to whether an influencer’s content feels like information or advertising. “We should be asking ourselves, how is this the same or different from a television commercial?” Keating says. If it feels more personal, but it's made of the same elements as an advertisement — glossy pics and sales pitches — then the goal of that person’s work is probably to sell you something.

Don’t get me wrong. Selling useful services and advice is not inherently bad. Some people have great knowledge and they might advertise it and if you need that advice, you should buy it. The real question to ask yourself is whether an influencer has the tools and experience to offer you a solution to a real problem you have or if they are trying to sell you their image. An influencer may have naturally amazing abs or they may have a patented three-step approach that will also help you achieve amazing abs, but in order to figure it out, you’re going to have to look past their facade.

More like this
Having a bad trip? This hotline can help you find your chill
By Melissa Pandika
SAMe supplements and depression: Can they really help?
By Tracey Anne Duncan
COVID-19 vaccine drug interactions: Is there anything I should avoid?
By Joseph Lamour
Stay up to date