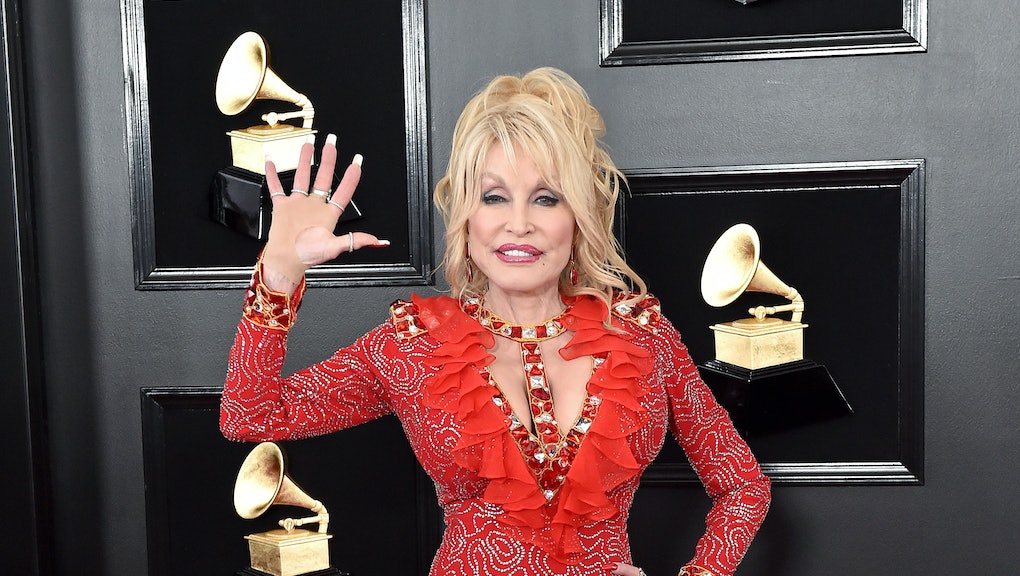 She’s universally beloved for her contributions to country music and philanthropy, but Dolly Parton graciously requested that plans for a statue in her honor be scrapped — at least for now. The Tennessee legislature wanted to place a monument to the pioneering artist on the grounds of the state Capitol in Nashville, “for all she has contributed to this state.” But while Parton said she’s humbled, she also feels it’s not appropriate, “given all that is going on in the world.”

The doyenne of Dollywood issued a statement on Thursday, thanking politicians for their kind intentions. The bill was proposed by Tennessee state Rep. John Mark Windle (D) last month, partly in recognition of Parton’s million-dollar donation to COVID-19 research, which helped fund development of the Moderna vaccine.

She asked the legislature to strike the proposal from any and all consideration. “Given all that is going on in the world, I don’t think that putting me on a pedestal is appropriate at this time,” the legendary singer wrote.

Parton said she was open to the idea being revisited down the road, however. “Several years from now or perhaps after I’m gone, if you still feel I deserve it, then I’m certain I will stand proud in our great state Capitol as a grateful Tennessean,” she said. “In the meantime, I’ll continue to try to do good work to make this great state proud.” We know you will, Dolly.

Notably, this isn’t the first time Parton has turned down recognition from the government. Famously averse to playing politics, she nonetheless turned down Trump’s offer of the Presidential Medal of Freedom — twice! But the country legend insisted it had to do with her husband’s health the first time and pandemic lockdown the second. The downside is that she may never get one now. Asked whether she’d accept a Medal of Freedom from the Biden administration, Parton said: “Now I feel like if I take it, I'll be doing politics, so I'm not sure.”

One thing's for sure, though: whether it's a medal or a monument, she's certainly earned it.

More like this
Mark Zuckerberg joins the ranks of rich dudes getting owned by a band
By Vanessa Taylor
Harry Styles, king of gender neutral style, is working on a line of cosmetics
By Kara Weisenstein
Ricky Martin said he has PTSD from Barbara Walters trying to out him on TV
By Kara Weisenstein
Stay up to date