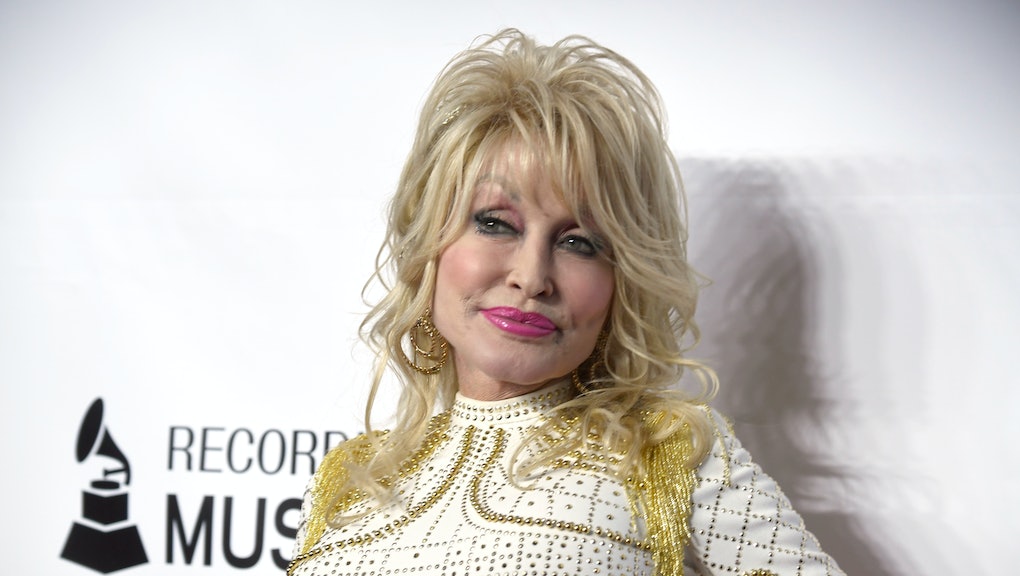 Dolly Parton turned "Jolene" into a vaccine PSA, and it's magnificent

The doyenne of country and Squarespace songstress, Dolly Parton, got "a dose of her own medicine" this week. Meaning, of course, that she got her first coronavirus vaccination. And naturally it was the Moderna varietal, which Parton helped fund with a generous $1 million donation to Vanderbilt University Medical Center last spring.

Adorably, the singer's longtime friend Dr. Naji Abumrad administered the shot. They became friends in 2013, when he treated Parton in the emergency room after a car accident. His son, Radiolab co-host Jad Abumrad, helmed an acclaimed podcast about Parton for WNYC in 2019.

The 75-year-old entertainer knows how to command a moment and is always looking out for folks. Which is why Parton turned her own vaccine appointment into a cheeky PSA encouraging people to get their own dose when they're eligible.

After Dr. Abumrad gave the singer her shot, she noted it didn't hurt much, just stung a little, likely due to the alcohol swab. She then lectured the vaccine-averse, pointing out that the sooner most people get inoculated, the sooner life will get back to something approaching normal. "So I just wanted to say to all you cowards out there, don't be such a chicken squat," Parton quipped. "Get out there and get your shot."

Notably, Parton didn't cut any corners to nab her dose of the vaccine — despite the fact that her fortune partially funded its development. Last month, she told The Associated Press she didn't want to get the shot until more people had been vaccinated. On Tuesday, the singer said she'd been in line for a shot since December. "I've been waiting a while," Parton said in her video on social media. "I'm old enough to get it and I'm smart enough to get it."