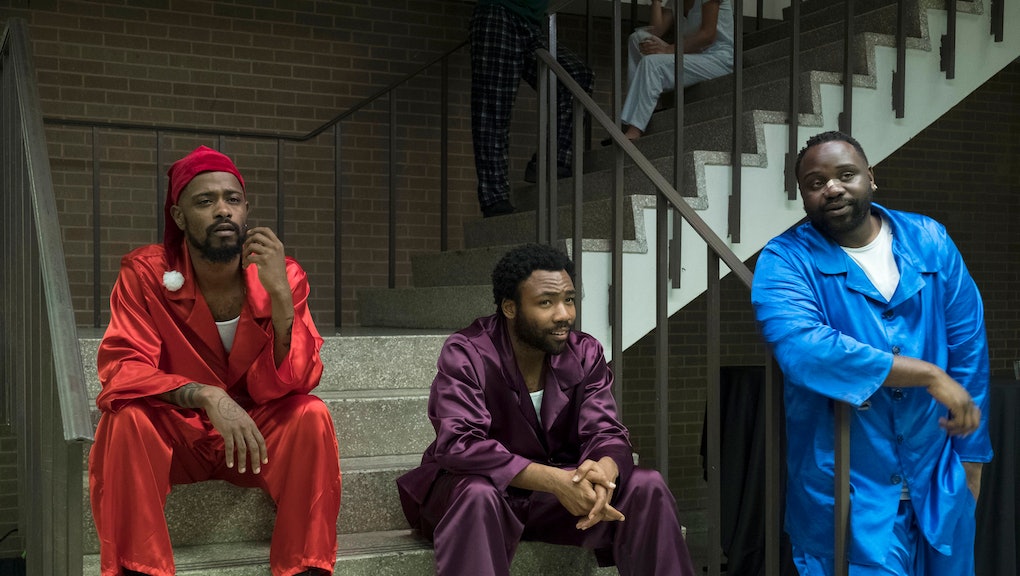 Before it has even begun filming its third season, FX's Atlanta has been renewed for a fourth, the network announced on Tuesday during a press tour. The show, which debuted in 2016, has earned numerous awards (five Emmys and two Golden Globes so far) nominations for more. The show, created and produced by Donald Glover (who also stars in it) has also been a hit among critics as well, so it's not too much of a surprise that it's getting renewed for a season that could still be years away from airing. Still, despite the fact that everything Glover touches seems to turn to gold, getting renewed that far in advance is a fairly rare and impressive feat.

According to Variety the show will begin shooting seasons three and four in the Spring of 2020, and the seasons will air with the same thirst-inducing amount of time between them as the first two seasons – about two years. Season one debuted in 2016, and the second season aired in 2018. Season three and season four will each consist of eight episodes, which has been the standard for the show.

The show is also written by Glover's brother Stephen Glover, and the pair produce the show with Paul Simms, Dianne McGunigle, and Hiro Murai. “What more can be said about Atlanta than the critical acclaim and accolades that Donald, Paul, Dianne, Stephen and Hiro have earned for two exceptional seasons of what is clearly one of the best shows on television,” said Eric Schrier, president of FX Entertainment, according to Variety. “This group of collaborators and cast have created one of the most original, innovative stories of this generation and we are proud to be their partners.”

One explanation for the long stints between seasons of Atlanta is Glover's full schedule outside of his television commitments. He's the voice of Simba in Disney's live action remake of The Lion King, and has spent much of the summer doing press for the film. He also continues to release music under his moniker Childish Gambino.

The other three leads of the show, Brian Tyree Henry, Zazie Beetz, and Lakeith Stanfield, have been in high demand following their Atlanta debuts as well. Henry was in Widows, White Boy Rick, and If Beale Street Could Talk in 2018, and he's slated to have major roles in 2019's Joker and 2020's blockbuster Godzilla vs. Kong. Beetz starred in Deadpool 2 in 2018 and High Flying Bird in 2019. She's slated to act alongside Henry in Joker, and will have a role in the Oscar-bait film Lucy in the Sky, later in 2019. Stanfield was the lead in 2018's Sorry to Bother You and played Gina Rodriguez's significant other in the 2019 Netflix rom-com Someone Great. He'll appear in the Safdie brothers' 2019 film Uncut Gems alongside Adam Sandler, as well as 2020's The Photograph. And these are just their confirmed roles.

Hopefully their schedules won't be too busy to get season three out as soon as they can.

More like this
Nobody is more qualified to host 'Jeopardy!' than LeVar Burton
By Kara Weisenstein
Lena Waithe on empowering marginalized creators and being unafraid to "ruffle feathers"
By Kyla Marshell
'The Nevers' will be so much better when Joss Whedon has nothing to do with it
By Kara Weisenstein
Stay up to date