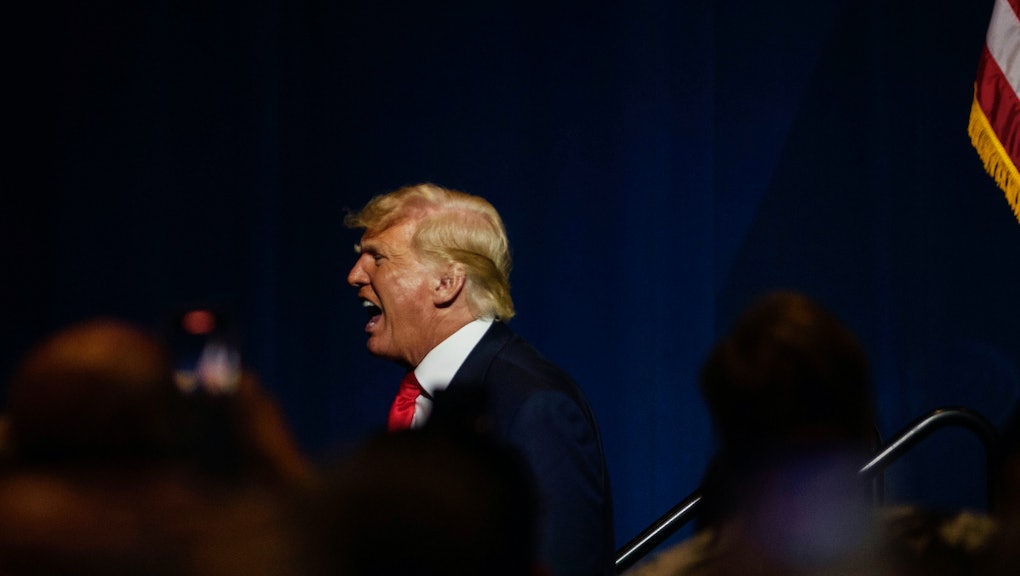 Donald Trump, king of scams, says Bitcoin is a scam

"Game," as the saying goes, "recognize game." It is for this reason that when Donald Trump calls the cryptocurrency Bitcoin a "scam," we have to entertain the notion that perhaps, in a rare instance of lucidity, the lifelong grifter and former president of the United States might actually be onto something.

As part of his recent return(ish) to public(ish) life, Trump appeared on Monday for a phone interview with Fox Business Network’s Stuart Varney, where — true to form — he spent his time waxing rhapsodic about whatever ideas managed to claw themself into his frontal lobe. Luddite cybersecurity? Big fan. West Virginia Democratic Sen. Joe Manchin's commitment to wrecking democracy? He's into it!

But Bitcoin? That ephemeral beep-boop money which flows entirely unregulated and is subject to the capricious whims of an unfathomably wealthy James Bond-esque villain? No thank you, sir!

Indeed, Trump has been uncharacteristically consistent in his opposition to cryptocurrencies, saying in 2019: "I am not a fan of Bitcoin and other cryptocurrencies, which are not money, and whose value is highly volatile and based on thin air."

As it happens, Bitcoin and other cryptocurrencies are very much behind the recent, rapid accumulation of cyber-wealth among neo-Nazis and other ultra-rightwing nationalist movements. It's also appallingly bad for the environment, and it's fickle enough to turn self-admitted scammers into burgeoning crypto-kingpins overnight.

As perhaps a self-fulfilling example of Bitcoin's volatility, crypto prices plummeted by 1.3% after Trump's comments, and are, at this moment, struggling to return to pre-interview levels.

While Trump's criticism certainly isn't even close to being enough to tank cryptocurrencies for good, it's a good reminder that — when it comes to calling out scams — sometimes you've gotta listen to the experts. And who knows scams better than Donald Trump?

More like this
Marco Rubio wants to give survivors of domestic terrorism … one year of student loan relief?
By Rafi Schwartz
Newly uncovered IRS documents reveal exactly how the rich swindle the rest of us
By AJ Dellinger
Donald Trump's blogging days are over
By AJ Dellinger
Stay up to date