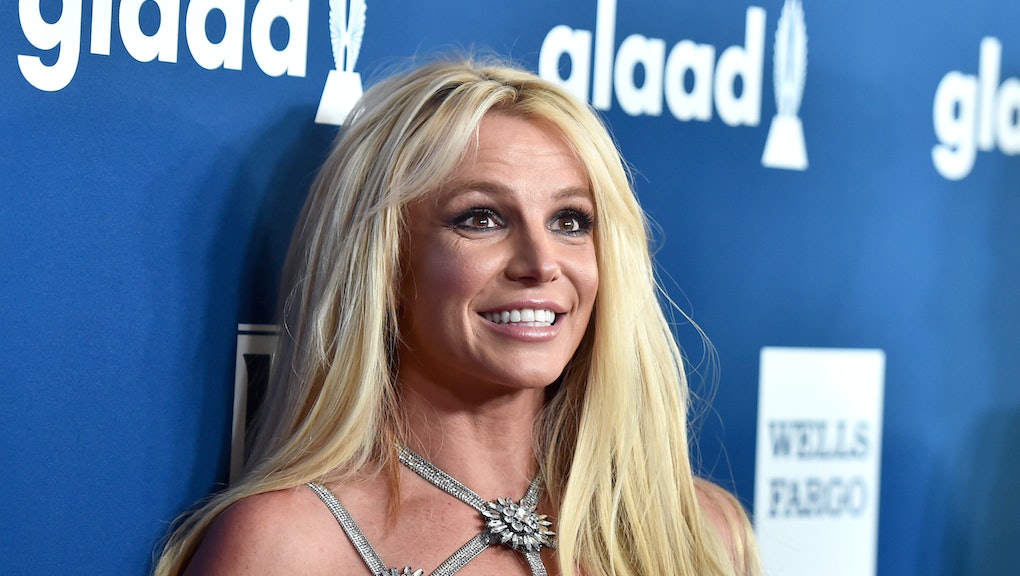 Wednesday was filled with a wild amount of mind-boggling culture and criminal justice news. Bill Cosby walked free on a technicality, demonstrating how the system is weighted in favor of the super rich. James Franco will pay $2 million to settle the sexual misconduct lawsuit brought by his former acting students. Smallville actor Allison Mack was sentenced to three years in prison for her involvement in the NXIVM sex cult.

And the cherry of complicated legal developments on top: a judge denied a petition to end Britney Spears' conservatorship. When that last headline hit the timeline, social media lit up with outraged posts about the thriving patriarchy, decrying the injustice of Cosby the confessed rapist walking free while Spears' uterus remained under her father's control.

It was demoralizing to see headlines about a judge declining to free Britney a week after she gave heartbreaking testimony detailing the restrictive hold the conservatorship has on her life. It was even more depressing to witness how quickly the system conspired to spring Cosby and prohibit a future re-trial. Buried in the clickbaity headlines about Spears, however, is the somewhat reassuring fact that this week's ruling had nothing to do with last week's hearing.

Basically, it boils down to belated paperwork. Spears' lawyer, Samuel Ingham III, filed the petition in question way back in November 2020. He requested to remove her father as conservator, stating the pop star was "afraid of her father" and wouldn't perform again as long as he controlled her career. At that time, Judge Brenda Penny ruled not to remove Jamie Spears outright but appointed financial company Bessemer Trust as a co-conservator. The court documents she signed on Wednesday just reiterate that decision: "The conservator’s request to suspend James P. Spears immediately upon the appointment of Bessemer Trust Company of California as sole conservator of estate is denied without prejudice," the judge's ruling reads.

So while it was a weird time to reaffirm the fact that Spears doesn't govern her own life, this week's news doesn't mean Britney is any further from freedom. The judge couldn't take direct action based on the singer's shocking testimony. The next step in reclaiming her autonomy is filing a petition to terminate the conservatorship altogether. That'll probably mean lots of people asking tons of questions to confirm what Spears claimed is true — which is something Britney said she doesn't want. But based on how the system is currently set up, stacked against the vulnerable and rigged to benefit powerful men, the slow march of due process is her best shot at getting free.