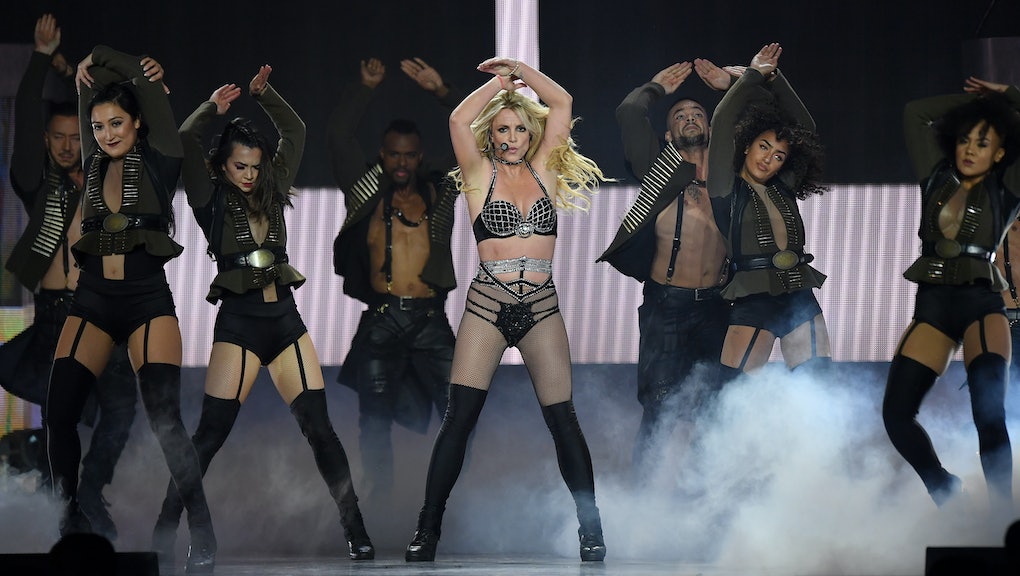 Here's how Britney Spears can get her life back, according to a lawyer

More than a decade after her father assumed control of her personal life and finances, Britney Spears finally told the world how restrictive, invasive, and traumatizing her gilded cage has been all these years. “I’ve been in denial. I’ve been in shock. I am traumatized,” the legendary musical artist told the world during a gut-wrenching 23-minute testimony. “I just want my life back.”

Speaking from prepared statements — at times so quickly she was asked to slow down for the sake of the court reporter — before a Los Angeles judge on June 23, Spears said she was drugged, forced to work against her will, and even barred from removing her birth control device under the 13-year guardianship that’s governed her existence since 2008. “I truly believe this conservatorship is abusive. I don’t feel like I can live a full life,” the star asserted.

She pointedly accused her father, James P. Spears, of masterminding and profiting off the arrangement, calling him “the one who approved all of it.” Spears said she was punished by him and her management for asserting autonomy, including being forced into involuntary medical evaluations and rehab for objecting to choreography during a rehearsal. “They should be in jail,” Spears said. She also mentioned wanting to sue her family.

Despite being declared legally incapable of making her own decisions, Spears kept working under the conservatorship. Since 2008, she’s released four albums, gone on four world tours, and had a four-year Las Vegas residency. Her fortune is now worth nearly $60 million, all thanks to the star’s labor. “I’m great at what I do,” Spears told the judge. “And I allow these people to control what I do, ma’am, and it’s enough. It makes no sense at all.”

Spears’ impassioned plea for freedom was heartbreaking and indicated her situation was far worse than most had imagined. Her statements further validated the #FreeBritney movement, which began as a conspiracy theory. Outside the courthouse on Wednesday, a crowd of the pop star’s supporters swelled to take up a whole city block. They were hushed and focused during her testimony, except for when cheers erupted as scraps of information leaked to Twitter. Despite a moratorium against live-tweeting, recording, or broadcasting proceedings, Spears insisted her words be made public.

The star confessed she didn’t previously know she could petition for her autonomy. “I’m sorry for my ignorance, but I didn’t know that,” she said in court. The fact that she’s now being heard is a testament to the power of public opinion in this case. “It’s embarrassing and demoralizing what I’ve been through, and that’s the main reason I didn’t say it openly,” Spears said. “I didn’t think anybody would believe me.”

Pop culture is reeling from the news that Spears has felt entrapped and exploited for so long. Her fans are rallying behind her, demanding justice and freedom for the pop queen. But Spears' legal path forward is more complicated than a judge banging their gavel and declaring the star an independent woman. To shed some light on next steps, Mic called entertainment lawyer Jeremy S. Goldman (who isn't involved in Spears' case) to clear up our lingering questions from the latest developments in the star's case.

Mic: Why couldn't the judge rule then-and-there to free Britney?

Goldman: This is a conservatorship that's been active for 13 years, with tremendous oversight by lots of stakeholders, including the judge. Certainly, based on Britney's allegations, it feels like her due process is being violated. Remember, the point of the conservatorship is to do what's in her best interest. But that's a decision that's not made by her, unfortunately, but by the court and the conservator, her father, who's been appointed. The judge needs to make a ruling that this is no longer in her best interest. I think before making such a ruling, the judge isn't just going to take Britney's word for it without an investigation or hearing.

In light of such shocking allegations, is there any possibility of intervention before the next scheduled hearing, on July 14?

I imagine the judge may have counseled her to file a petition to terminate the conservatorship. I don't know if they're treating what Britney did as a petition, but I doubt it. The judge is going to want something on the docket to say that she filed a petition to resolve.

The New York Times revealed that Britney objected to the conservatorship in a closed-door hearing more than two years ago. Why didn't the court do something then?

In law school, I had a professor who'd say, "Make a legal noise." Meaning it's all just talk until you actually file a motion or make a petition. There's civil procedure and rules in practice about how you advocate for yourself in court. Britney doing something behind closed doors is not the same as filing the petition. Anything's possible, but I find it very bizarre that a lawyer who has an ethical obligation to zealously represent her interests didn't inform Britney that she had the ability to petition to dissolve this thing.

Speaking of which, is Britney's current court-appointed counsel, Samuel D. Ingham III, a terrible lawyer? Why do you think he seemed so shocked by Britney's testimony?

Just like a doctor takes the Hippocratic Oath, attorneys have an ethical core obligation to zealously advocate on behalf of their client's interests. To think that the person appointed to represent her interests wouldn't have told her she could petition to dissolve this thing is hard to believe. But the fact that the lawyer seemed shocked suggests that this was the first time he'd heard about the allegations of abuse, which is possible.

I think Britney is probably telling the truth, but she didn't have the wherewithal to bring this to light and try to stand up for herself, even to her own lawyer, who she might have seen as another instrument of oppression. This is all speculation, but she probably felt like it was futile — until the public got behind her and tried to lift her up and said, "You should do this." When she spoke up in court, she didn't do it through her lawyer. She spoke to the judge; she wanted to speak to the public and tell everyone, because I think she probably doesn't trust her lawyer.

Does Britney have legal grounds to sue her father and the other people who benefitted from the conservatorship?

Her father owes Britney a very high standard of care, and as a fiduciary, to act only in her interest. If he's not acting in her interest, then she has the right to file a lawsuit for breach of that duty. The way to do that would be to petition the court to get out of the conservatorship and then file suit.

I mean, some of these allegations, like the thing with the IUD, she could sue for violent invasion of privacy. If medical procedures were done without her consent, that's battery. The most likely thing you'd sue for is breach of fiduciary duty, but then you'd really have to show that the conservator was not acting in her interest and was stealing money. That doesn't seem to be the allegation here. Her father collecting a large salary, for example, was approved by the court. It'd be very hard to come back and say that's not fair, because the judge blessed it already.

When Britney is eventually free and the dust settles, what's the most impactful thing she could do to reform conservatorships?

Currently, the judge is given maximum discretion, almost like a monarch in terms of making decisions. And the conservatee is given zero rights or due process, it seems. I think advocating for clearer standards for conservatorship would be one, so it isn't just "best interest of the conservatee," which leaves so much unbridled discretion to make decisions about another person's life. There should be parameters on it.

Another lesson from this is that conservatees need to be made aware of their rights. It should be built into the law, the idea that they have to come into court at least once a year and have a judge reaffirm that the conservatee doesn't object to this and want to petition to get out. I feel like building mechanisms like that into a situation like this could have taken away some of the agony here.

Britney could definitely lobby the California legislature. She should petition to change the law. Get an assembly member to propose a bill changing the due process rights of a conservatee, and call it the Britney Spears Act.

More like this
8 shows like 'Ted Lasso' to watch if you need more feel-good TV
By Brandon Yu
Britney Spears is one step closer to escaping her father's control
By Kara Weisenstein
Should I wear sunscreen indoors?
By Caroline Shannon-Karasik
Stay up to date