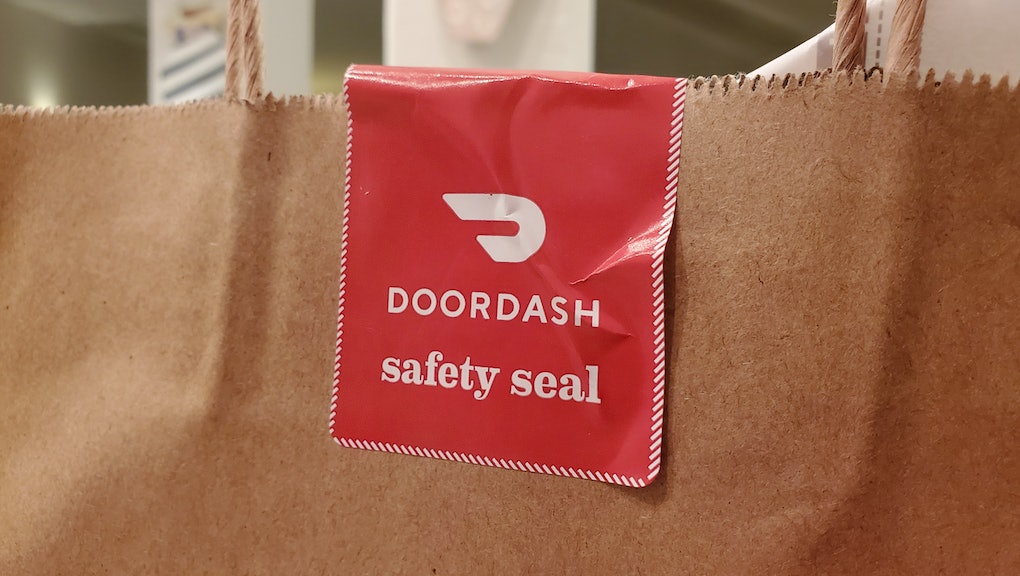 DoorDash will now let you order COVID-19 tests like tacos

Throughout the pandemic, one of the major hurdles we’ve faced in curbing the spread of COVID-19 is testing. In some places tests have been in short supply, and in other places the wait time to get results has laughably long. For a while, in New Orleans, we joked that by the time you got your test back, you’d either have recovered or be dead. Well now, DoorDash will have COVID-19 tests delivered to your door right along with a six-pack and some chips and guac.

The food delivery titans announced this morning that they would be partnering with two different COVID-19 screening companies so that you can get immediate delivery, reported the Verge. The company is starting with a few cities — Baltimore, Chicago, Cleveland, Dallas, Denver, Minneapolis, and Phoenix — but they said in a press release that they plan on expanding in the coming months.

In eight more cities, including San Diego, Houston, and Las Vegas, you won’t be able to get instant delivery, but you will be able to get tests the same day, according to DoorDash’s statement.

The two tests — made by Vault Health and Everlywell — are both PCR (polymerase chain reaction) tests, which are considered the standard in COVID-19 testing. Something to keep in mind: It’s not always the type of test that determines accuracy; the test collection method also plays a role. The Vault test is an anterior nasal swab test and the Everlywell test is an oral test, neither of which are infallible collection techniques.

The gold standard method of collecting samples for testing is the nasopharyngeal swab — a.k.a. the brain tickler. The nasal and spit swabs used in these at-home tests are easier to use and more comfortable, but not as effective for precisely those reasons. “You decrease the likelihood of getting a good sample of the virus because you’re not going quite as far,” Morgan Katz, an infectious disease expert and assistant professor at Johns Hopkins Medicine, told Mic for another article. “It’s possible that the virus won’t be in that area of the nose.” On the plus side, both kits have gotten emergency use authorization from the F.D.A. and both promise to deliver results in 24-48 hours.

The truth is that it’s hard to tell exactly how accurate either of these tests will actually be or whether this is a giant step forward. I really hope so, but it’s starting to seem like it’s always the same people who reap the benefits of all our medical progress — those who either have insurance or have enough money to cover high out-of-pocket expenses.

Unfortunately, not everyone will have access to this convenience because it’s just not cheap. The Vault test is $119 and the Everlywell is $109. DoorDash says that some insurance companies may reimburse you for the cost. That’s a lot to pay for peace of mind that comes with a variable accuracy rate, but it could be worth it if you’re planning on traveling to see loved ones and need a test ASAP.

More like this
COVID-19 vaccine drug interactions: Is there anything I should avoid?
By Joseph Lamour
One third of COVID-19 survivors end up with mental health issues, says a new study
By Melissa Pandika
Empty middle seats cut coronavirus risk drastically, according to new study
By Tracey Anne Duncan
Stay up to date