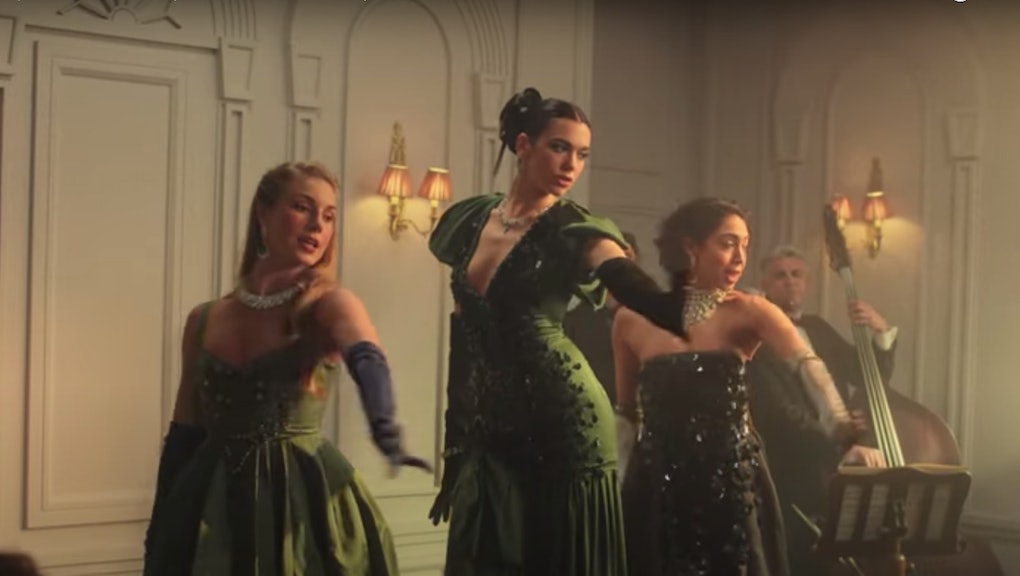 Following the streaming industry's impulse to squeeze every last remix and bonus track out of a winning album, Dua Lipa has delivered another update in the form of Future Nostalgia: The Moonlight Edition. To break down the timeline: Future Nostalgia proper came out back in March of last year, weeks after the pandemic really took over stateside; the Club Future Nostalgia remix album arrived in August; and smash single “Levitating” is, well, still doing its namesake in the Billboard Hot 100’s top five.

This latest deluxe edition comes with four brand new songs, including “Not My Problem” with JID. But “We’re Good” is the only one from the latest strain to get a proper single push for now, with its glitzy, Titanic-inspired music video. Plumbing a bit earlier than Flo Milli’s Gatsbian bash for the “Roaring 20s” video last week, Dua goes suitably retro for this kooky clip — but this one’s all about the lobsters.

Those beefy boys are awfully imperiled when the video starts, as close-ups get their panicked eyes behind the tank. Cruise-goers are tossing back their brethren, and the central lobster seems to be next until... I guess we can keep this a spoiler-free space. Check it out below, if you dare:

The pandemic has certainly frozen most everything in time, and this never-ending sense of stasis is reflected on the charts — singles from the Weeknd’s After Hours and Future Nostalgia haven’t left the Billboard 100’s highest reaches since last March. This doesn’t look poised to change anytime soon, with the Weeknd’s looming halftime show boost and Dua Lipa’s latest update to her smash. Call it a shameless effort on the label’s end to further juice up streams, but you can’t complain when the album still sounds this good.