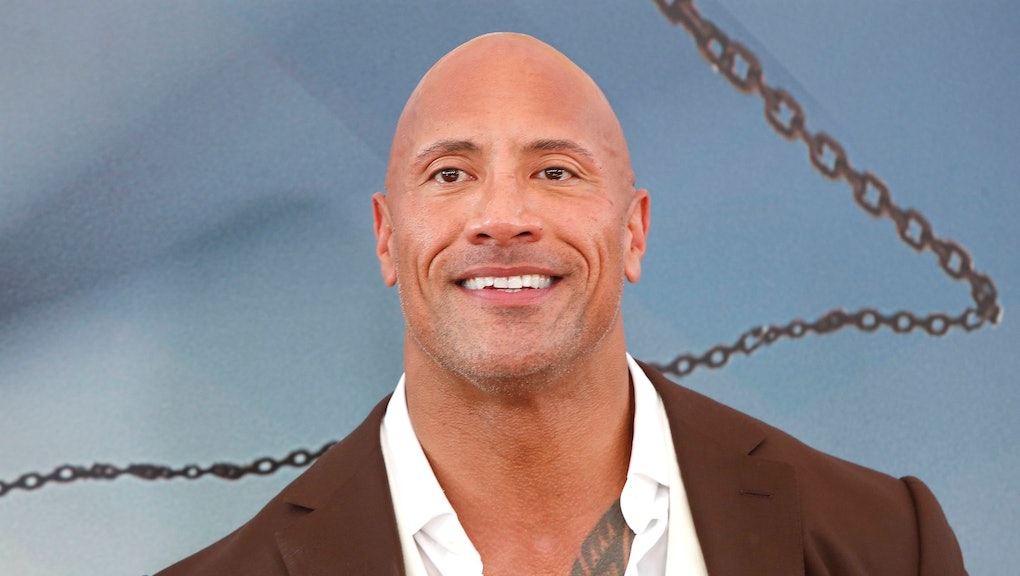 Dwayne "The Rock" Johnson had a secret wedding in Hawaii

Dwayne “The Rock” Johnson got married, secretly, in Hawaii!

In two photos posted to his Instagram this morning, the film star announced his nuptials with bride Lauren Hashian, a singer and music producer. The couple shared a gleeful expression in the first photo, and a dreamy kiss in the second.

"We do. August 18th, 2019. Hawaii. Pōmaikaʻi (blessed),” Johnson wrote on Instagram, keeping all of the other details of his wedding ceremony private. Their wedding photos couldn’t be more beautiful — Johnson, 47, and Hashian, 34, stand on a cliff’s edge, the backdrop a beautiful sunset of pinks and blues, over the pacific ocean. For a wedding announcement, it doesn’t get much more spectacular, or romantic.

The couple has been together for more than a decade, they met in 2007 and have been building a life together since. The pair have two children, 3-year-old Jasmine, and 1-year-old Tiana. According to TMZ, the news of the Rock’s wedding follows just a few weeks after he quietly retired from wrestling.

Kevin Hart, Johnson’s Jumanji co-star congratulated the couple on Instagram, as well as plenty of other celebrity friends. Nick Jonas, Ryan Reynolds, Karen Gillan, Marlon Wayans, and Jessica Chastain all posted celebratory comments on the couples’ post. On Twitter, the news of Johnson’s surprise nuptials was also well received — even his former home of WWE wished the couple well.

Johnson’s wedding follows the release of the film Hobbes & Shaw, which he co-starred in alongside Jason Statham and Idris Elba. The movie has grossed over $400,000,000 in the weeks since it was released — so hopefully, Johnson and Hashian are taking a pretty luxurious honeymoon vacation.