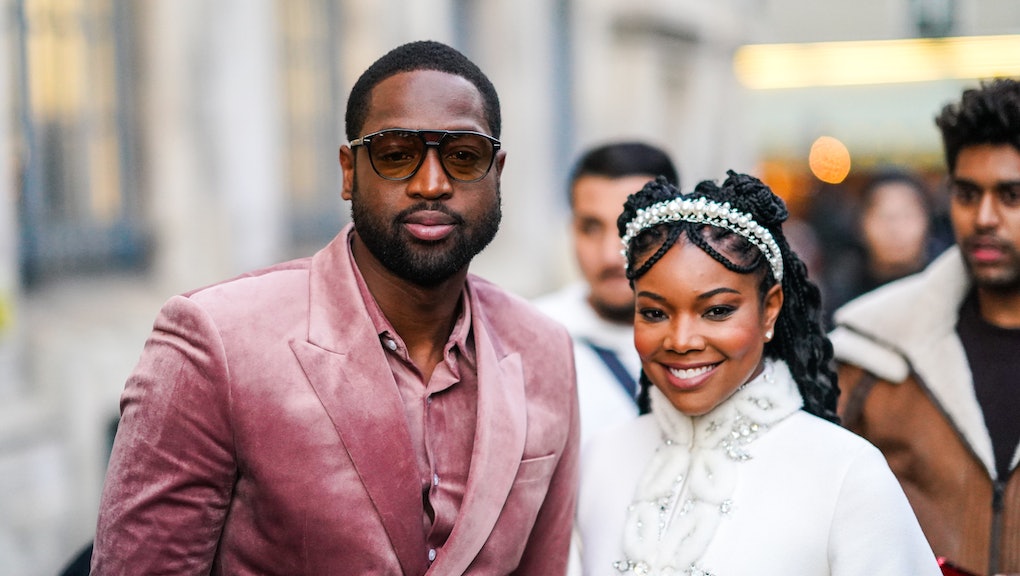 Dwyane Wade and Gabrielle Union publicly discussed that their middle child came out as gender nonconforming this week. They also shared that she made the decision to change her name to Zaya. On Ellen on Monday, Wade told Ellen that one day his daughter came home and spoke to her parents openly about her pronouns and name change.

“Zaya, our 12-year-old, came home — I don’t know if everyone knows, originally named Zion; Zion, born as a boy — came home and said, ‘Hey, so I want to talk to you guys. I think going forward, and I’m ready to live my truth. And I want to be referenced as she and her. I’d love for you guys to call me Zaya,’” Wade said.

Wade continued to explain that while he and Union were more than happy for their daughter, they also knew that they didn’t know how to best support her during this time. “That was our job, to go out and get information, to reach out to every relationship that we have. My wife reached out to everybody on the cast of 'Pose,'" Wade continued. "We just tried to figure out as much information as we can to make sure we give our child the best opportunity to be her best self.”

Ellen commended Wade on his and Union’s parenting and Wade continued that it was his honor to be Zaya’s father. “We are proud parents of a child in the LGBTQ+ community, and we are proud allies as well,” he said. “We take our roles and responsibility as parents very seriously.”

Union posted a video, formally introducing Zaya to the world. Taken by Wade, it captures Zaya speaking about her process living as herself, and advice for others who are coming into their own identity. "Meet Zaya. She's compassionate, loving, whip-smart and we are so proud of her. It’s Ok to listen to, love & respect your children exactly as they are,” Union wrote.

While driving a golf cart, Zaya delivered sage and compassionate wisdom: “Be true to yourself. What's the point of being on this Earth if you're going to try to be someone you're not? It's, like, you're not even living as yourself.”

Union and Wade’s public acceptance and willingness to learn as LGBTQ allies have been warmly embraced online, but they aren’t seeking praise. “We are humble LGBTQ+ allies with ALOT to learn & grateful for all the support,” Union wrote. “We encourage yall to check us as needed.”

More like this
Harry Styles, king of gender neutral style, is working on a line of cosmetics
By Kara Weisenstein
Ricky Martin said he has PTSD from Barbara Walters trying to out him on TV
By Kara Weisenstein
Rana Abdelhamid wants to bring a holistic vision of justice to Congress
By Vanessa Taylor
Stay up to date