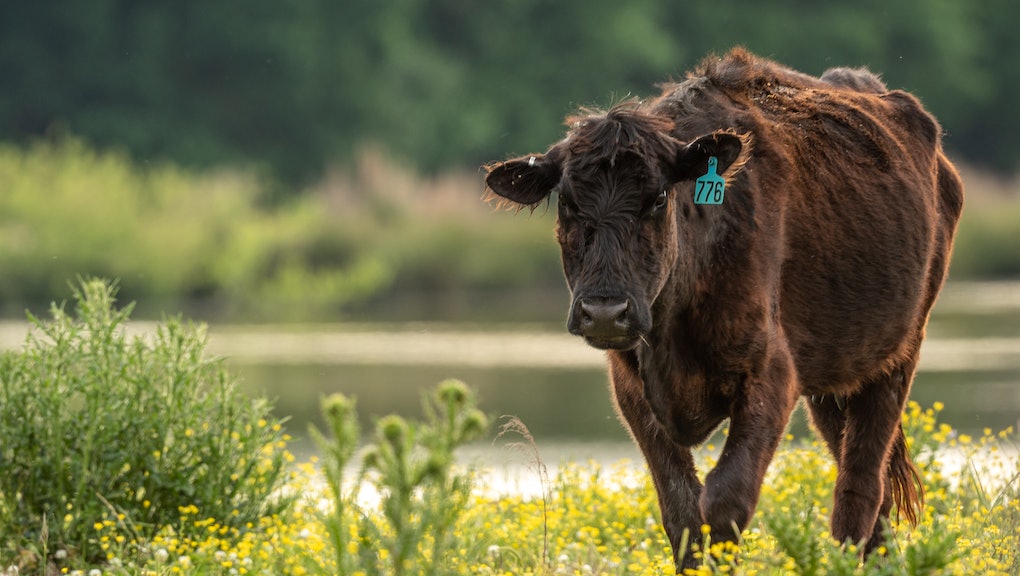 Eating meat is killing people, but not in the way you think

Despite what Jordan Peterson and his daughter might tell you, an all-meat diet is not good for you — and it's not even because of the way it affects your body (though honestly, that's pretty bad, too). A new study published in the journal Proceedings of National Academy of Sciences of the United States of America found that our over-reliance on meat has produced environmental effects that are straight-up life-threatening. Specifically, researchers found that air pollution from animal-based food production is tied to more than 12,000 premature deaths each year.

The study, which focused on the production of PM2.5, a type of air pollution that produces small, inhaled bits of particulate matter that has been known to cause harm to humans. The researchers found that through a variety of ways, including the use of farming equipment to till the soil and the burning of fuel required to power tractors and other machines, food production in the United States produces a considerable amount of this deadly air pollution. In total, about 15,900 people die prematurely each year due to the particulate matter generated in food production.

But it's animal-based agriculture that makes up the vast majority of those deaths. Nearly 80%, or 12,700 premature deaths, come from animal-food production. This is in large part because of ammonia emissions that are found in livestock waste and in nitrogen-based fertilizers, which many farmers are heavily dependent on despite the fact that it is pretty horrible for the environment. According to the researchers, the airborne ammonia produced by these sources end up reacting with other chemicals to form dangerous PM2.5 pollution, which can linger in the air for weeks.

We've luckily done a pretty solid job of cutting down on PM2.5 in the last decade, with air quality significantly improving (save for a Trump-era increase in pollution) thanks to laws and regulations that have restricted the emission of these harmful particulates. That is unquestionably a positive outcome for our health, as particulate pollution like this has been linked to more than 7 million premature deaths per year globally, according to the World Health Organization — no to mention the plenty of other negative health outcomes for anyone exposed.

But much of the focus on restricting particulates have come from more traditional sources, like smokestacks and tailpipes. This latest study suggests that there is plenty of pollution coming from places that we likely didn't imagine. For people living in regions where there is lots of farmland — California, North Carolina, Pennsylvania, and the Midwest’s Corn Belt — the PM2.5 produced by agriculture has almost certainly led to premature deaths.

To combat the problem, farmers can start by weaning off of nitrogen fertilizer. The government could also regulate the use of this fertilizer to prevent excessive amounts from being used and producing more pollution.

We could also make this decision easier for food producers by cutting some meat from our diets. Researchers found making the shift to vegetarianism or veganism could prevent as many as 13,100 premature deaths per year, simply by eliminating the air pollution from animal-based food production. While going entirely meat-free certainly would have positive effects on our health and on the planet, a complete conversion isn't necessary — just cutting back a bit could make a world of difference. Replacing red meat with poultry, for instance, could save 6,300 people per year.

This isn't veganism or bust. It isn't asking everyone to upend their entire diet. It's just a small personal sacrifice, to lay off of something you should only be eating occasionally anyway, in order to save thousands of lives.