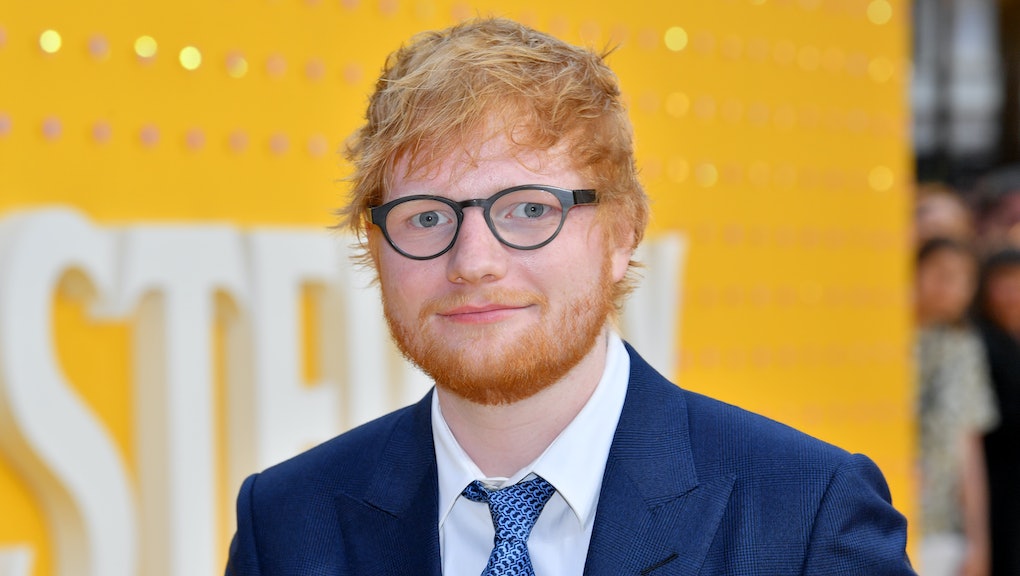 Ed Sheeran, pop superstar, failed most of his music courses in college

Ed Sheeran's net worth was recently estimated at $110 million — income he’s earned from being one of the most popular singer-songwriters on the entire planet. “Shape of You” might be the most well-known song in the world. Even reading the song title, you’re probably thinking about the lyrics, humming along.

But, apparently, there weren’t a lot of strong early indicators that Sheeran was a musical genius. In a new exhibit about the global superstar’s life, called Ed Sheeran Made In Suffolk, a report card donated by Sheeran’s father showed that as a student, Sheeran didn’t show much promise. In fact, he failed literally every single music course he took in 2010 at the Academy of Contemporary Music. The courses included “Songcraft” and “Professional Musicianship,” according to a photo of the report shared by LADBible on Twitter.

According to his father though, it wasn’t for a lack of talent that Sheeran received poor grades. At the time that Sheeran was attending the music college, he was also beginning to tour with his band Just Jack, and he wanted to prioritize that experience over his classes.

“Just three weeks into the course and already disillusioned with it, he asked his tutors for permission to go on the tour but they refused,” Sheeran’s father, John, told LADBible. “He was determined to go, even if it meant him leaving college."

Sheeran ended up ditching school to go on tour — and no one can really argue that it was a bad choice.

According to Fox Business, Sheeran is the highest-earning solo musician in the world. He is expected to earn roughly $210 million in 2019. His video for “Shape of You” has been viewed 4.3 billion times on Youtube, and his most recent single, “Nothing on You”, released just one week ago, has already been viewed 14 million times.

More like this
DMX, the intense, gruff-voiced rap legend, has died at 50
By William E. Ketchum III
RAINN and ‘Promising Young Woman’ are confronting sexual assault on college campuses
By Kara Weisenstein
How late night TV marked the Derek Chauvin verdict
By Kara Weisenstein
Stay up to date