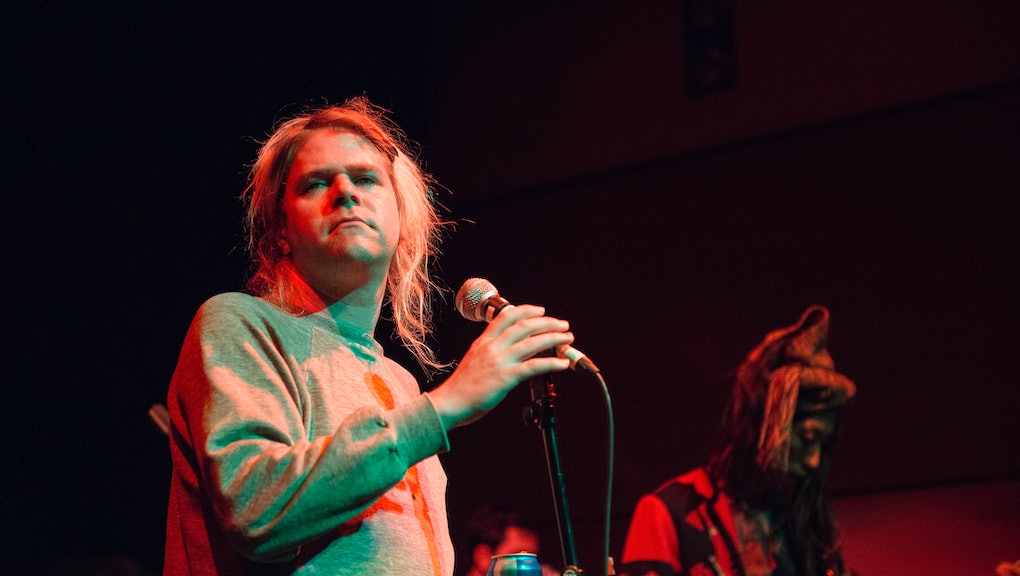 While we’re already beginning to see the deflection of blame for Wednesday’s events, from the right-wing politicians and pundits who stirred up fraudulent election conspiracies for two months and revolutionary cosplay for far longer, there’s no disputing the timing. After gathering thousands of his supporters for a daytime rally in the nation’s capital, President Trump then urged them to head on over to the U.S. Capitol Building to support his congressional allies fighting to overturn the election results — which they did, breaching the building, which resulted in lockdown and the death of four people.

The first part of the day’s programming was attended by a pair of celebrated indie artists with an edgelord streak: Ariel Pink and John Maus. Photos of the duo showed up on the Instagram account of documentary filmmaker Alex Lee Moyer, who directed the documentary TFW No GF, which Rolling Stone called a “deeply uncomfortable portrayal of incel culture.” One showed Pink, Maus, and Moyer on a hotel bed captioned: “the day we almost died but instead had a great time.”

This photo, along with video of Maus at the rally from Moyer’s account, began to make the rounds on Twitter last night. Incensed fans asked Pink and Maus for clarification on what they were doing so close to the failed coup attempt, which Pink claimed was isolated to the peaceful portion.

“I was in dc to peacefully show my support for the president,” he wrote on Twitter early Thursday morning. “I attended the rally on the white house lawn and went back to hotel and took a nap. case closed.” Pink also responded to someone who questioned his choice to attend at the pandemic’s ongoing surge: “all the people at these events deserve whats coming to them. they took the risk knowing full well what might happen. BLM protests over the past 6 months are not informed about the pandemic?” Maus, in keeping with his cryptic, inscrutable messaging, offered just links to an encyclical from Pope Pius XI, which addressed German citizens in the 1930s.

As these things tend to unfold on social media, Pink and Maus were met with ire — largely by people who hadn’t been following their posts and antics in recent months, or the past decade. All throughout December, Pink had been tweeting some variation on “vote for Trump,” and retweeted Senator Rand Paul’s baseless charges of widespread election fraud. There’s usually public precedent for this sort of thing.

Pink’s maintained a consistent edgelord streak throughout his career, from calling Grimes “stupid and retarded” to expressing support for Westboro Baptist Church. Maus, for his part, refused to apologize for his involvement in the alt-right Adult Swim show Million Dollar Extreme Presents: World Peace back in 2017, on the basis of just sensing a "sort of trolling" beyond the ostensible Nazi stuff. At the end of the day: just a couple of reactionary dudes in indie rock, with a checkered history of this stuff, showing up to the biggest white grievance event of the year so far.

More like this
Dua Lipa has officially distanced herself from DaBaby
By Kara Weisenstein
Why the buzz around Kanye West's new album feels different
By Brandon Yu
Trump finally found some "pussies" he doesn't want to grab: DC's capitol police
By Rafi Schwartz
Stay up to date