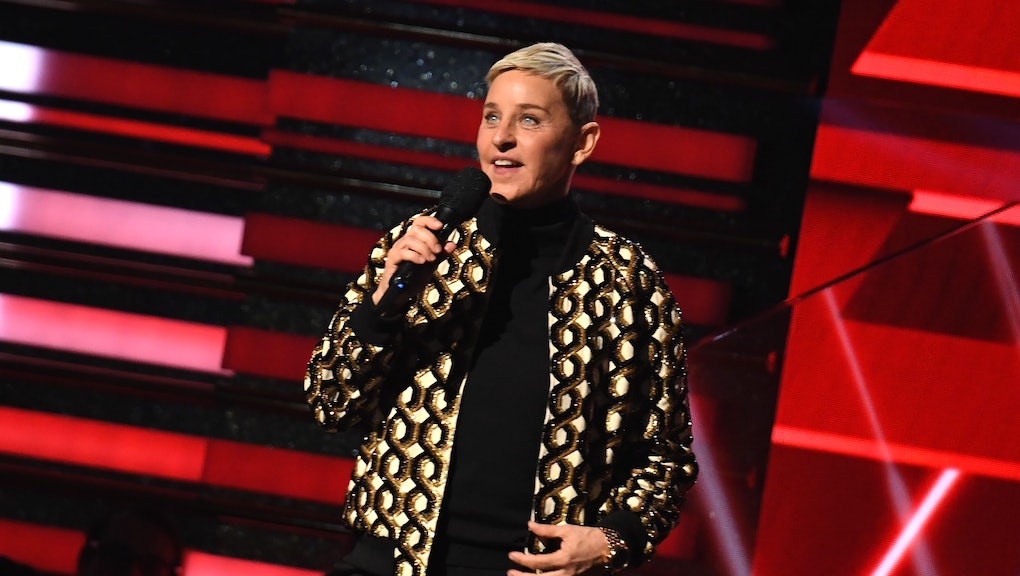 Following reports of a toxic workplace rife with intimidation, racism, and bullying, former employees have now accused executive producers on The Ellen DeGeneres Show of “rampant sexual misconduct and harassment.” A new report from BuzzFeed News compiles accounts from 36 former Ellen Show employees, many of whom corroborate stories of sexual misconduct, harassment, and assault from some of the show’s lead producers and head writer.

One former employee alleges that head writer and executive producer Kevin Leman solicited oral sex and a hand job at a company party. Other former employees claimed they saw Leman grope, kiss, and make sexually explicit comments around colleagues. As one former employee tells it, Leman would often target younger employees in a group setting. “He’d probably do it in front of 10 people and they’d laugh because ‘it’s just Kevin being Kevin,’ but if you’re in a position of power at a company, you don’t just get to touch me like that,” the former employee told BuzzFeed. Leman provided a statement to BuzzFeed, categorically denying “any kind of sexual impropriety,” and condemning the publication of a “malicious and misleading article.”

Executive producer Ed Glavin, who was named in the previous BuzzFeed report as shepherding a hostile workplace, allegedly touched staffers inappropriately. Dozens of former workers claimed Glavin “had a reputation for being handsy with women,” which further fueled the culture of intimidation. Another executive producer, Jonathan Norman, is accused of grooming an employee by providing concert tickets and other perks, before eventually attempting to perform oral sex on him. Norman also shared a statement with BuzzFeed “100% categorically denying these allegations.”

The piece ends with one former staffer assessing Ellen’s head-in-the-sand culpability in the workplace. “She knows,” the former employee told BuzzFeed. “She knows shit goes on, but also she doesn’t want to hear it.” The latest BuzzFeed report came just hours after DeGeneres sent a note apologizing to staff over revelations that the Ellen Show isn’t quite a “place of happiness.” Earlier this week, Variety reported that WarnerMedia has launched an investigation into the show’s toxic environment, following BuzzFeed’s initial piece on the office culture.

More like this
'Dr. Death' clings to the wrong part of a true story
By Chloe Stillwell
Phoebe Bridgers and John Mulaney announced tour dates and the internet imploded
By Chloe Stillwell
This couple's gender reveal stunt started a deadly wildfire. They're now facing 20 years in jail
By Joseph Lamour
Stay up to date