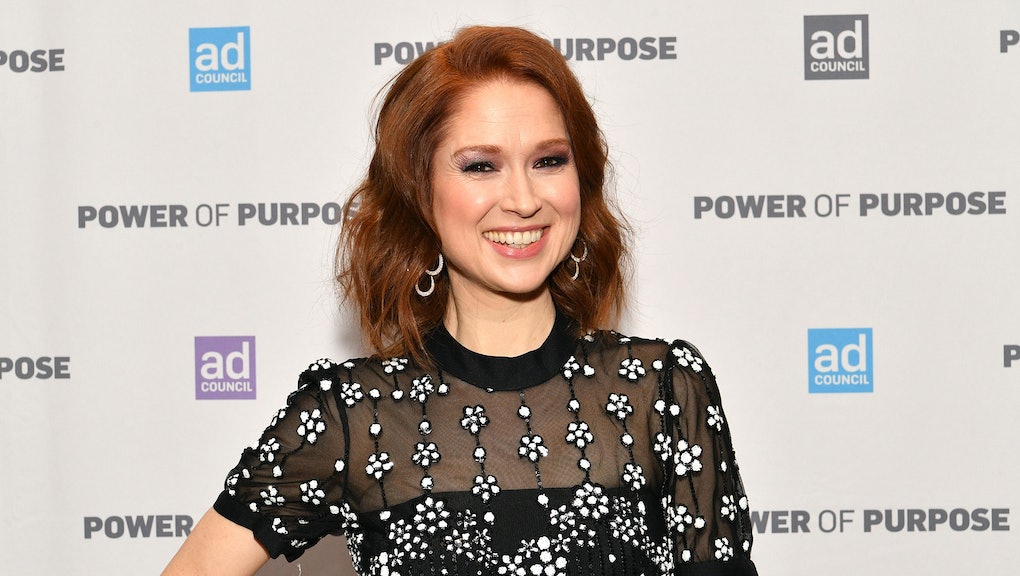 In a public apology posted on Instagram this Monday, Ellie Kemper apologized for attending the Veiled Prophet Ball when she was 19 years old. The Veiled Prophets, an exclusionary cabal of white businessmen with Confederate roots that did not allow Black or Jewish members, crowned Kemper their 105th Queen of Love and Beauty in 1999.

Kemper began her apology, which has since received more than 120.000 likes, by stating she was not aware of the century-old ball’s “unquestionably racist, sexist, and elitist past” at the time she attended. The actress added that “ignorance is no excuse. I was old enough to have educated myself before getting involved.”

Though Kemper’s ties to the Veiled Prophets were never kept secret, they weren’t exactly known beyond her hometown of St. Louis either. When an old newspaper clipping of the debutante ball with her photo resurfaced online, it did not take long to go viral. Needless to say, hashtags of “KKK princess” and “Unbreakable KKKimmy Schmidt'' quickly followed suit.

“I unequivocally deplore, denounce and reject white supremacy,” Kemper, who comes from old money, continued. “At the same time, I acknowledge that because of my race and my privilege, I am the beneficiary of a system that has dispensed unequal justice and unequal rewards.”

“There is a very natural temptation when you become the subject of internet criticism, to tell yourself that your detractors are getting it all wrong. But at some point last week, I realized that a lot of the forces behind the criticism are forces that I’ve spent my life supporting and agreeing with.”

Aside from a few reductive jokes, response from the internet seems to be accepting.

More like this
Ellie Kemper and the Veiled Prophets controversy, explained
By Kara Weisenstein
Katt Williams to all comedians: If cancel culture gets to you, you weren't funny anyway
By Tim Brinkhof
We need Samuel L. Jackson to rethink his list of top 5 Samuel L. Jackson movies
By Keith Nelson Jr.
Stay up to date