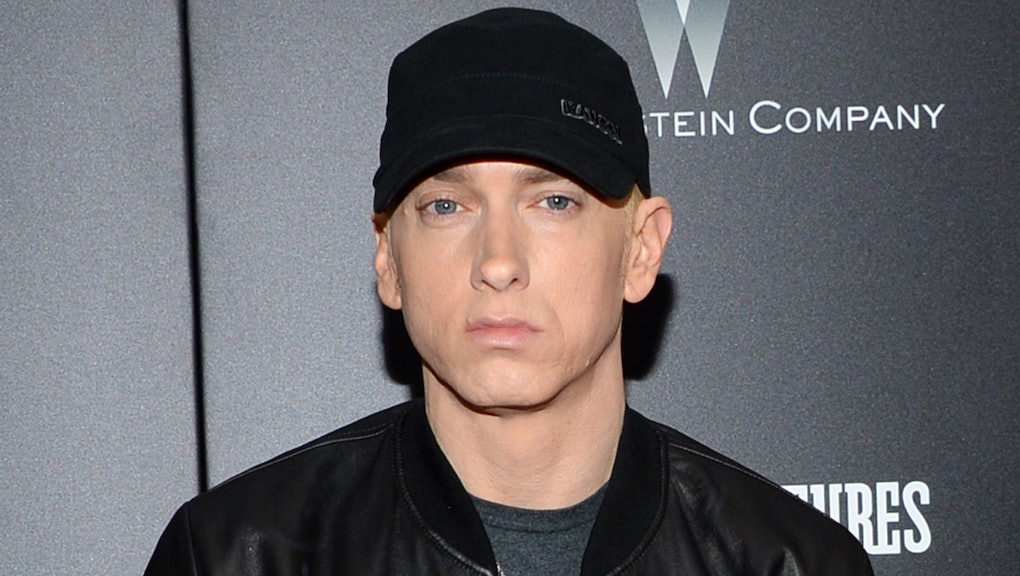 Eminem was actually questioned by the Secret Service over his lyrics

In 2018, Eminem rapped that the Secret Service interrogated him about some of his lyrics on “The Ringer,” from his mixtape Kamikaze. At the time, the Secret Service refused to acknowledge whether or not Eminem was actually questioned by their agency — and given Eminem’s ability to weave stories in his work (he talked about murdering his wife for several years, and thankfully that was never true) it was kind of dismissed and largely forgotten.

But according to Secret Service documents obtained by Buzzfeed, the lyrics “Cause Agent Orange just sent the Secret Service / To meet in person to see if I really think of hurtin’ him / Or ask if I’m linked to terrorists / I said, ‘Only when it comes to ink and lyricists,’” are actually based on a true event.

After Eminem’s album Revival was released in December 2017, “a concerned citizen reported Marshall Mathers the rapper ‘Eminem’ had a new song called ‘Framed’ with an inappropriate comment towards President Donald Trump and a threatening comment towards Ivanka Trump,” according to Secret Service documents.

The full lyrics are:

“Woke up, it was dawn, musta knew somethin' was wrong / Think I’m becomin' a monster ‘cause of the drugs that I’m on / Donald Duck’s on, there’s a Tonka Truck in the yard/But dog, how the fuck is Ivanka Trump in the trunk of my car?/ Gotta get to the bottom of it to try to solve it/ Must go above and beyond, 'cause it’s incumbent upon me/ Plus I feel somewhat responsible for the dumb little blonde/ Girl, that motherfuckin’ baton twirler that got dumped in the pond/ Second murder with no recollection of it”

Apparently the concerned citizen was a TMZ employee who sent an inquiry along with a link to an article in The Hill, which detailed how Eminem’s song “Framed” included threats of violence against Ivanka Trump, specifically that “But dog how the f--- is Ivanka Trump in the trunk of my car.”

TMZ’s request for comment and The Hill’s news report of the “Framed” lyrics weren’t the only media outlets used in the Secret Service report. They also referenced a 2017 Vulture interview with Eminem, where the rapper said that the president “makes my blood boil.”

“I can’t even watch the news anymore because it makes me too stressed out,” Eminem said at the time. “All jokes aside, all punch lines aside, I’m trying to get a message out there about him.”

Secret Service agents interviewed Eminem on January 16, 2018, and even though the documents were heavily redacted, there was enough information available to determine that when Secret Service agents began reading the lyrics of “Framed” to Eminem, he began rapping along.

“At the conclusion of the interview, Agents again offered to answer any questions,” the documents continued. “It was also explained that any additional questions about this investigation should be directed to the USSS [United States Secret Service] Office of Government and Public Affairs.”

After the interview, Eminem’s case was not sent to a federal prosecutor — apparently, they determined that Eminem’s lyrics did not merit any sort of prosecution.