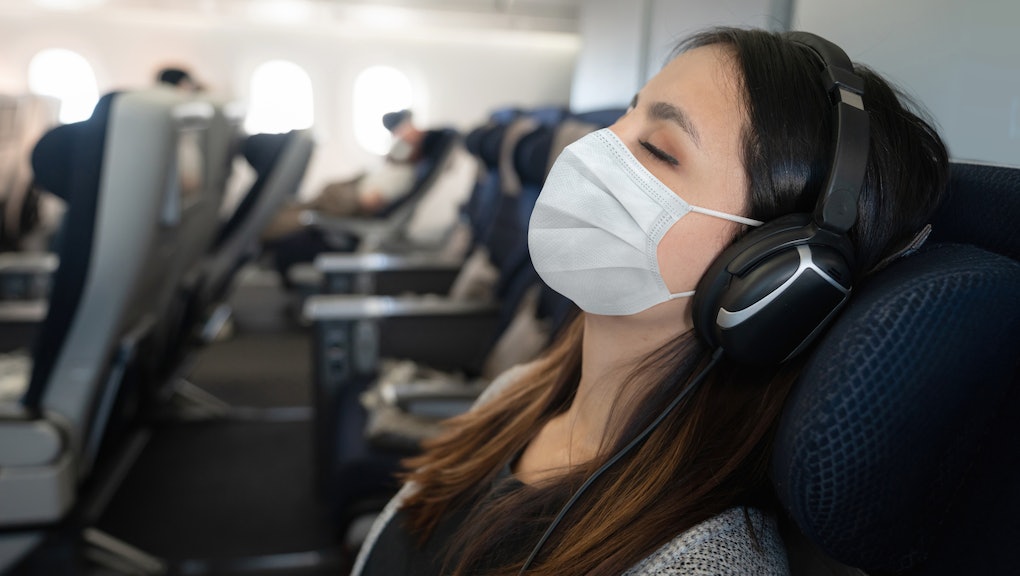 Figuring out your exposure risk when flying in the age of COVID-19 requires some complex math. Luckily, scientists have done it for us. Turns out that keeping the middle seat empty reduces COVID-19 exposure risk on airplanes by a third, according to a new report by the Centers for Disease Control and Prevention (CDC). Unfortunately, this research comes a little late, since even Delta — the last major airline to hold out on filling middle seats — recently announced that they will end this policy starting in May. Here’s what you need to know about the CDC’s findings.

The report, which was released yesterday, was based on research conducted by CDC and Kansas State University. What the researchers found was that keeping the middle seat empty on an aircraft reduced the risk of COVID-19 exposure for individuals on that aircraft by 23% to 57% compared with full aircraft occupancy. For context, what that means is that if a flight has 1-3 infected passengers, keeping the middle seat empty reduces risk 35% to 39% for everyone on it, according to the report.

To be clear, these findings were based on modeling and simulations of how aerosol viral particles disperse throughout a place. While science can be cold, no one is about to cram a bunch of people into an airplane with folks infected with COVID-19 to see how likely it is that they’ll get infected.

While scientists can make models that predict how likely someone is to be exposed to a viral particle (transmission) they cannot adequately factor in all the variables that play into whether or not someone who is exposed to a virus gets infected. So don’t worry, none of this research means that if you fly on an airplane with someone who has COVID-19, you will definitely catch it. The study also could not factor in the role masks could play in reducing exposure risk, according to the report.

Look, this research is obviously limited for several reasons, but it actually doesn’t take a PhD to figure out that putting more people in closer proximity to one another in a flying can will increase the risk of COVID-19 exposure for all involved. And, for its part, the CDC is being pretty clear about what it recommends. “Physical distancing of aircraft passengers, including through policies such as middle seat vacancy, could provide additional reductions in SARS-COV-2 exposure risk,” the report noted.

But airlines are hurting right now, so they’re digging their heels. A spokesperson for American Airlines told Insider that no changes would be made in response to the findings of the research and the CDC’s recommendation that airlines not fill middle seats. Small airlines seem to be following the big carriers’ lead. "We do not currently have plans to change any of our existing seating policies,” Erin Blanton, a spokesperson for Sun County Airlines, told Insider.

To be fair, the odds of catching COVID-19 on an airplane are fairly low, but it is possible, and it seems like airlines could just do us all a favor and make traveling a little safer and less stressful by following CDC guidelines. It seems to me like actually ending the pandemic would be better for ailing airlines — and humans — than filling in a few more seats.

This article was originally published on April 15, 2021

More like this
Delta might be the last COVID nightmare variant we get
By Ian Kumamoto
Studies suggest that Pfizer is no longer the cooler vaccine
By Ian Kumamoto
Could fresh air be the key to ending the pandemic?
By Melissa Pandika
Stay up to date