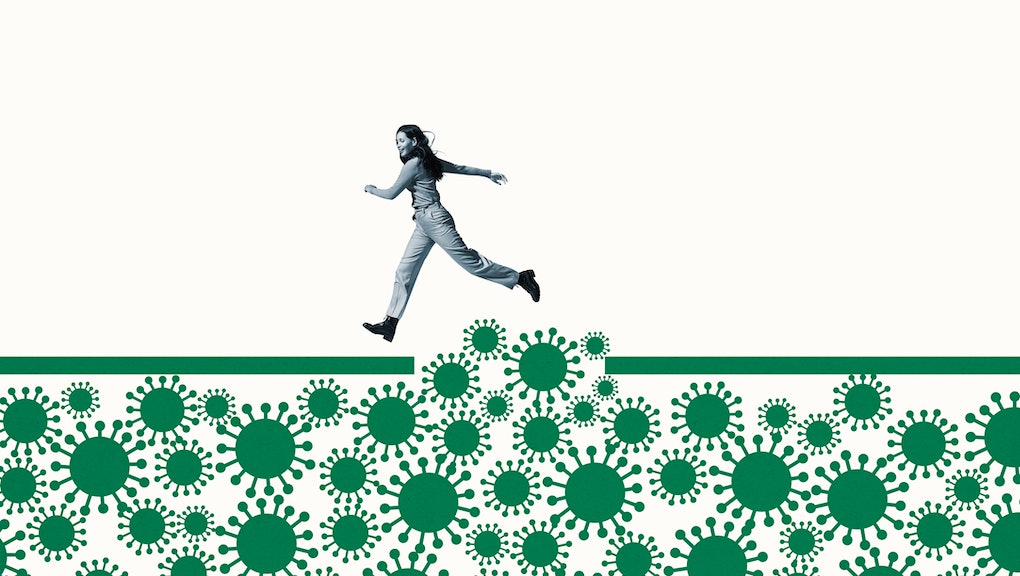 Europe's third wave of COVID-19 is a clear warning for the U.S.

It’s been a year since this pandemic began for us. Perhaps if we had better leadership last year, the only waves we’d be worried about right now would be low tide on Miami Beach (or whichever spring destination your heart chose). But here we are, on the precipice of what could be another. We're all crossing our alcohol-sanitized fingers here in the U.S. now that vaccinations hit arms fast and that people remain masked and cautious. But the next few weeks, it seems, will be crucial to containing the virus — and all we have to do is look overseas to see why. Europe is facing a third wave of COVID-19 and it could've been prevented. And if we don’t get our lives together, we might be next.

Experts assert that leaders of several countries in Europe loosened mask and social distancing mandates too early, in favor of resurrecting the economy. Also, once cases began to plateau early this year and vaccines rolled out, leaders may have gotten a little too optimistic — and now those countries are facing much more stringent lockdowns because cases have soared. Health officials here in the U.S. are terrified that we’ll fall into a similar trap, as they watch certain regions ease all the way up before they really should.

Less stringent measures or only regional lockdowns such as the ones President Macron established in France, for example, is likely how the U.K. variant of the virus, known as B.1.1.7, spread so rapidly in Europe. France has hit 90,000 deaths — which is not as big as America’s death toll, but don’t get desensitized. That's still a tragically large number of people. This variant has permeated the U.S. as well, and is projected to become the dominant strain here by the end of March according to Rochelle Walensky, director of the U.S. Centers for Disease Control and Prevention.

Even though they’re a last resort and a menace to the economy, strict lockdowns have been saving some countries — in fact, research out of Italy can lead to as much as 91% drop in the number of deaths from coronavirus, according to CNN. This, coupled with findings from The Lancet which showed that vaccinations alone are enough to contain the epidemic, should hopefully be enough to convince us that we’re not ready to shed our inhibitions or our masks yet.

Honestly, just be strong and responsible for a little longer. We all want to be enjoying each other‘s company again, but that’s exactly what the virus wants us to do right now. Patience is a virtue for a reason.

More like this
One third of COVID-19 survivors end up with mental health issues, says a new study
By Melissa Pandika
COVID-19 vaccine drug interactions: Is there anything I should avoid?
By Joseph Lamour
Why Johnson & Johnson vaccine sites in 3 states have been shut down
By Tracey Anne Duncan
Stay up to date