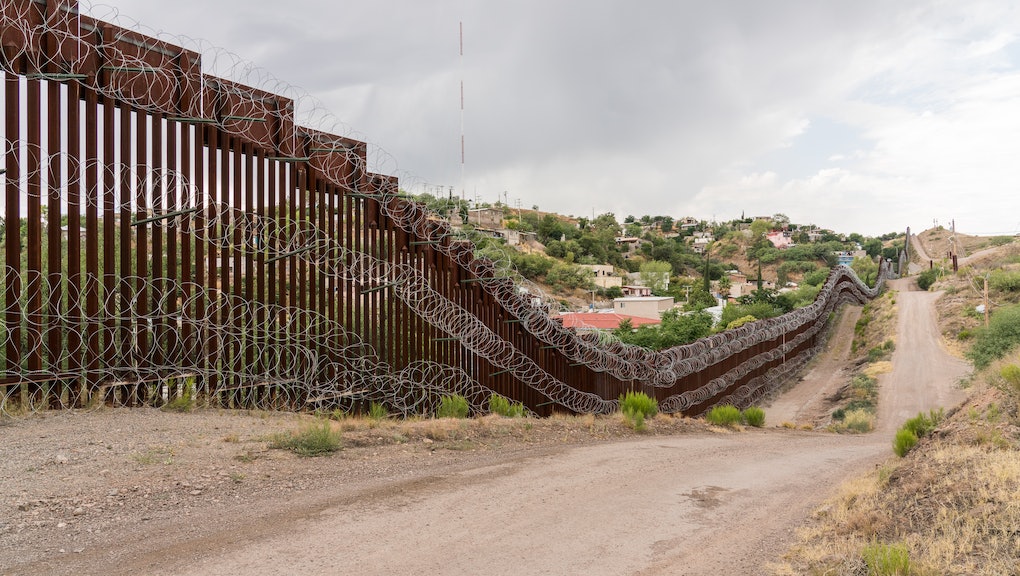 Extreme weather is making the border more deadly for migrants

The journey for migrants, refugees, and asylum seekers looking to cross the Mexico-United States border has always been a treacherous one. But as climate change worsens and weather conditions become more extreme, traversing the border has become even more deadly. According to data collected by nonprofit organization Humane Borders, deaths across the border in Arizona are approaching a 10-year record high, driven in large part by extreme heat and an unseasonably long dry spell.

A total of 214 confirmed or suspected migrants have lost their lives while trying to cross the border of Mexico and Arizona between January and November of this year, according to Humane Borders. The figures, published by the Associated Press, include 33 recently tallied deaths since Humane Border's last report, which had recorded 181 deaths through September. That total, in just nine months, accounted for 37 more lives lost than were counted in the entirety of 2019, and the most deaths since 2013. The latest report marks the most deadly year at the Arizona border since 2010, when 224 migrants lost their lives making the difficult journey.

Those death totals are based on the remains of bodies discovered near the Mexico-Arizona border and documented by Humane Borders, which maps the locations where the bodies are recovered, and Pima County Medical Examiner’s Office, as well as other public sources. Their findings show a particularly deadly year, perhaps the deadliest in a decade once December's findings are accounted for.

Part of that is driven by the increased enforcement efforts at the border put in place by the Trump administration, including the construction of a wall which is believed to be pushing migrants into more dangerous terrain. Amnesty International reported that some regions of Arizona that instituted border crackdowns under Trump's orders saw the number of migrant deaths double, largely from people who were driven off accessible paths to ports and into remote regions that lack access to food and water.

But climate change has also made the challenges of the dangerous expedition even harder. “There’s no doubt in my mind that the high temperatures have had a lot to do with it,” Mike Kreyche, Humane Borders’ mapping coordinator, told the AP.

While the year is not over yet, early indicators suggest that 2020 will be one of, if not the hottest year on record. That has been felt as much in Arizona as just about anywhere. The state — which is one of the fastest-warming places in the country, according to Climate Central — experienced record-breaking heat waves this year, with more than 144 days exceeding 100-degree temperatures. It was the hottest summer and autumn on record in the state, and the troubling heatwaves exacerbated other extremes, including devastating droughts. Monsoon season in Arizona, which usually produces an average of 5.37 inches of water, was the driest on record and offered just 1.51 inches of rainfall during a year that the relief of cooling rain was needed most.

The border wall and enforcement efforts carried out by the US Border Patrol intentionally push migrants away from population centers and ports of entry along the border, leading them into dangerous regions like dry, remote deserts. That cruelty is being made worse by climate change, another area made worse by Trump policies, which has resulted in hotter and drier weather in these areas.