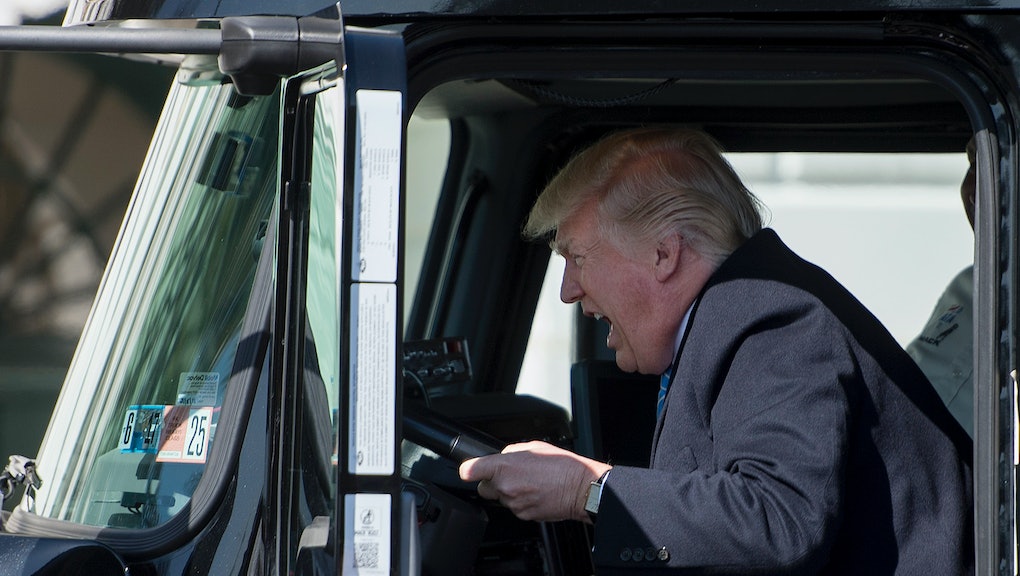 How difficult will Trump's environmental horrors be for a Biden administration to fix?

Donald Trump, who lies all the time, occasionally feels moved to brag that the United States has the “cleanest air” and the “cleanest water” in the world. It’s not his highest-profile fib, but it’s one of the most audacious, considering that his administration has spent the last four years dismantling regulations and making it easier for industry to pollute the nation’s air and waterways. Most significantly, he has rolled back an Obama-era requirement that cars be more fuel-efficient, dramatically loosened emission requirements for power plants, and allowed oil and gas companies to freely leak methane — a particularly nasty greenhouse gas — into the atmosphere.

Like most of Trump’s anti-environment, pro-corporate agenda, this dismantling of regulations has been carried out quietly and entirely through the executive branch. When federal agencies change regulations they don’t need to seek the approval of Congress in many cases; instead they go through a fairly lengthy process of submitting a rule change, soliciting public input, and surviving the inevitable legal challenge. This can take years: That rule on methane took until August 2020 to finalize, and an attempt to strip California of its longstanding ability to set its own vehicle emission standards is still being fought in court.

If Joe Biden, currently favored in the polls by a substantial margin, wins the election, his administration will be able to reverse these Trump policies, just as Trump reversed numerous Obama policies intended to fight climate change. But changing regulations is like turning around a battleship, and Biden won’t be able to simply erase the last four years on day one. Here’s how that process would play out.

Some of Trump’s legacy may be easy to erase

When Trump took office, Republicans in Congress used a relatively obscure law known as the Congressional Review Act to wipe out more than a dozen regulations enacted by the Obama administration. The CRA allows Congress to block rules recently made by an agency; functionally, this lets a new president’s party reverse decisions made in the final months of the previous administration as long as they also have control of both chambers of Congress. (Exactly how recent a rule can be to get erased depends on the legislative calendar.)

Since a Biden victory may coincide with Democrats retaking the Senate, the Democrats are now thinking about how to use the CRA to reverse some of Trump’s regulatory actions. The most significant target in terms of emissions is probably the weakening of rules on methane leaks, which was only put into place this August.

“If there is a Democratic House and a Senate and a Democratic president, then just as there was at the beginning of the Trump administration, when Republicans had the trifecta, there's the opportunity to use this law to reverse things that were done,” said David Doniger, a climate expert and senior adviser to the Natural Resource Defense Council Action Fund.

Doniger cautioned that there were two wrinkles to this approach. The first is that when the CRA is used to erase a rule, it can’t be immediately replaced with a similar one—even if that new rule is a lot stricter on, say, emissions standards than the old one. So if Democrats think that this would restrain the EPA from making a new rule in a specific area, they may not want to go the CRA route. The second problem is that Democrats won’t just want to roll back Trump’s actions but establish new regulatory benchmarks that target emissions more aggressively than Obama did. That will take a while.

It will take a long time to undo all the damage

The CRA can’t be used to reverse older Trump administration actions, like its weakening of car and power plant emissions standards. In those cases, the Biden administration will have to go through the rulemaking process laid out in the Administrative Procedures Act, which is just as boring as it sounds. Essentially agencies need to come up with good reasons for changing their rules and seek out public comment, which can take years. An agency that doesn’t follow the rules on rulemaking risks losing lawsuits, which is exactly what happened to the Trump administration — judges have repeatedly ruled against his EPA on cases governing everything from landfill emissions to water rules.

“They got their heads handed to them in court for having not followed the administrative procedures,” Doniger said. “They tried to do things really fast, and they cut corners and they lost on the grounds that they just didn't follow the rules.”

A Biden administration is likely not going to be as world-historically incompetent as the Trump administraton, and therefore will be able to do things more quickly, somewhat counterintuitively by taking their time. Doniger added that career EPA employees, who generally want to police polluters rather than help them, may be more enthusiastic about working around the clock to help roll back Trump’s policies than they were about enacting them in the first place.

Still, it will take a year or two at a minimum for new rules to come out, Doniger said. And new rules are always challenged by lawsuits that will take months to work their way through the court system — which adds yet another element to this process.

What will the courts do?

After Amy Comey Barrett’s confirmation vote on Monday, Republican-appointed justices hold a 6-3 majority on the Supreme Court. This could have all sorts of ramifications, including a potential weakening of the EPA’s authority to do anything at all.

For three and a half decades the courts have abided by a doctrine called “Chevron deference,” named after a 1984 case, which states that if the technical language in a law could have many possible meanings, judges should defer to the relevant agency when it comes to interpreting it, since that agency’s experts have the knowledge to do so. If conservative justices really want to weaken bodies like the EPA, they could weaken or overturn Chevron deference, which would require Congress to pass more pieces of legislation to direct agencies to take particular actions.

The silver lining in the clouds here, Doniger pointed out, is that a Democratically controlled Congress could respond to such a ruling by passing more specific laws — and they’ll be likely looking to pass climate change legislation anyway. For instance, if the Supreme Court suddenly decided to overturn the 2007 ruling that declared the EPA could regulate carbon emissions under the Clean Air Act, Congress could respond by updating the CAA to explicitly mention greenhouse gases as a pollutant.

It’s unclear how aggressive conservatives on the Supreme Court will be in trying to stop a Biden administration from regulating emissions and protecting the environment. But agencies will have the opportunity to carefully write rules that will be difficult for even right-wing justices to toss out, and Congress will be pressured by a slew of new climate-focused organizations like the Sunrise Movement to push back on any court ruling that makes fighting climate change harder.

These conflicts will be slow-boiling and take place out of the spotlight, in agency hearings and court filings and congressional committee meetings. But even if it takes years, if Biden wins next week he should be able to change many of the rules Trump put in place.

“Especially if the Democrats take the Senate, there's going to be opportunities to legislate that haven't been there before,” Doniger said. “There's going to be this unpredictable interplay between the administrative path, judiciary and the Congress.”