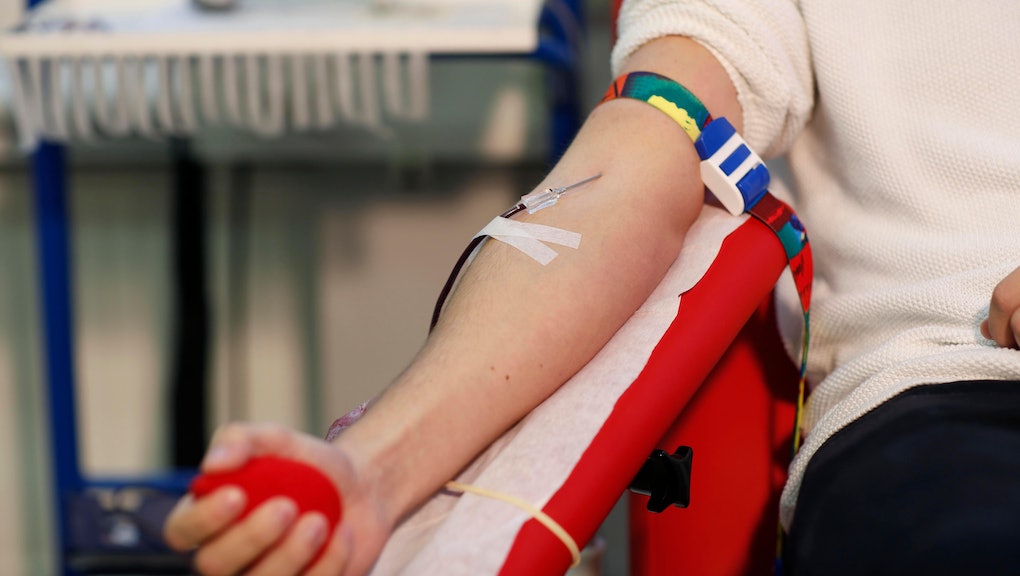 June 14 is World Blood Donor Day, and Facebook is getting in on the action a little early. This week, the social networking giant announced the launch of a new tool that will help its users connect with blood banks. The company's latest foray into public health aims to help address the ongoing need for blood donations across the country.

Any Facebook user can sign up for Facebook's blood donor tool. Doing so will allow Facebook to send notifications when a nearby blood bank is requesting help. Users will be able to connect directly with the centers in need and set up a time to give. The feature will also encourage people to spread the word about blood donations with friends in hopes of raising more awareness and getting more people to donate.

In addition to letting users sign up by visiting the blood donor page, Facebook will also be prompting users in five major cities across the country to sign up. The company will serve up a notice at the top of the news feed for users in Chicago, New York, San Francisco, Baltimore and Washington, D.C., with a nationwide roll out of the feature expected over the course of the coming months. The company has already launched similar tools in India, Pakistan, Brazil and Bangladesh and signed up more than 35 million users, according to CNN.

Facebook's tool couldn't arrive at a better time. According to America's Blood Centers, summer months see a significant decrease in the number of donations, which drop off by as much as 20 percent. That slump can be devastating to the nation's blood supply, especially seeing as the donor base is relatively small to begin with. Just 6.8 million people give blood each year, according to the American Red Cross. That's less than 10 percent of eligible donors in the country.

Having blood available is essential for health procedures. According to the Red Cross, someone in the U.S. needs blood every two seconds and 40,000 pints of blood are used across the country every day. Those in need can range from car accident victims — who can require up to 100 pints of blood — to patients going through chemotherapy, who can require transfusions on a daily basis. Need for blood especially jumps in emergency circumstances, and while the increased demand is typically met with similarly increased supply, having a wider and more consistent base of donors could help shrink those spikes and ease pressure on our healthcare systems.

If you are interested in becoming a blood donor, signing up for Facebook's new tool is a good place to start. People who are in good health, weigh at least 110 pounds and are 17 years old or older are typically eligible to donate. However, there are still some draconian rules in place that make it difficult for members of the LGBTQ community to give. Dropping those outdated and fear-driven policies would likely help curb some of the blood shortages.

You can view a full and detailed list of requirements and rules for blood donors from the American Red Cross to see if you are eligible.

More like this
“Panny,” “panettone,” “panini”: Why silly pandemic nicknames are getting us through it
By Melissa Pandika
Scientists can now diagnose depression with a blood test
By Tracey Anne Duncan
Having a bad trip? This hotline can help you find your chill
By Melissa Pandika
Stay up to date