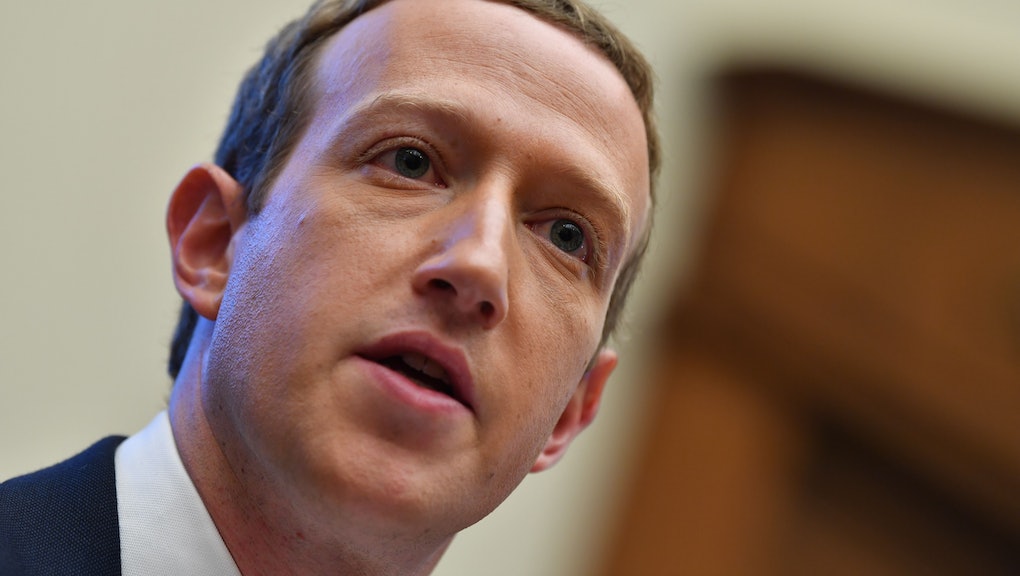 Social media tech giant Facebook aims to register 4 million voters ahead of the 2020 elections in November. Dubbed the "largest voting information campaign in American history," Facebook built a Voting Information Center that will appear on the app to direct users to information about elections and registering to vote.

"Our intention is simple but ambitious," wrote Naomi Gleit, Facebook's vice president of product management and social impact: "To help every eligible voter in the U.S. who uses our platform vote this year." The company plans to accomplish this goal by offering information to Facebook, Messenger, and Instagram users about registering to vote or requesting an absentee ballot, while also surfacing alerts from local election officials about any potential "changes to the voting process" in light of the voting challenges resulting from coronavirus.

Facebook's Voting Information Center mirrors the company's COVID-19 Information Center, which Facebook created to provide the public with information from public health officials and elected leaders. But coronavirus isn't the only inspiration for encouraging political participation. Facebook founder and CEO Mark Zuckerberg wrote ahead of the official launch of Voter Information Center that the killings of Black people and the national reckoning with systemic racism means that this year's election will "be unlike any other." Voting is the most important form of political speech, Zuckerberg argued, writing, "People want accountability, and in a democracy the ultimate way we do that is through voting."

Despite this pronouncement of a commitment to the democratic process, Facebook has repeatedly found itself in hot water due to its policies around political speech. Zuckerberg has repeatedly said that the company will not fact-check posts made by politicians in order to "enable expression," and has let provably false posts by President Trump and his campaign stand.

Just last month, the Tech Transparency Project released a report that said Facebook's platforms have furthermore allowed white supremacy groups to "thrive," as the groups often use social media to recruit more members. Even though Facebook's own community standards ban hate speech and hate organizations, TPP research found that "[many] of the white supremacist pages ... were created by Facebook itself. Facebook auto-generated them as business pages when someone listed a white supremacist or neo-Nazi organization as their employer."

This year alone, Facebook has spent $5.2 million on lobbying efforts, which is somewhat of a preemptive investment in staving off future penalties for violations. "Given the company's continually increasing toll of penalties and payouts, investing heavily in a lobbying arm that can get the rules changed in its favor might just prove cheaper in the long run," Mic's AJ Dellinger wrote last month. The lobbying group, called American Edge, may be designed to communicate patriotism to the public while quietly lobbying for relaxed internet regulations, Dellinger wrote.

Whatever Facebook's intentions with the Voting Information Center, registering 4 million voters is quite the undertaking. Mic reached out to Facebook for comment on the initiative but did not hear back by the time of publication.

More like this
Nancy Pelosi took a stand on the Jan. 6 committee, and it left Republicans whiny as hell
By Rafi Schwartz
Adam Kinzinger basically just outed his fellow Republicans as a bunch of cowardly phonies
By Rafi Schwartz
ISIS has invaded Trump-centric social network Gettr
By AJ Dellinger
Stay up to date