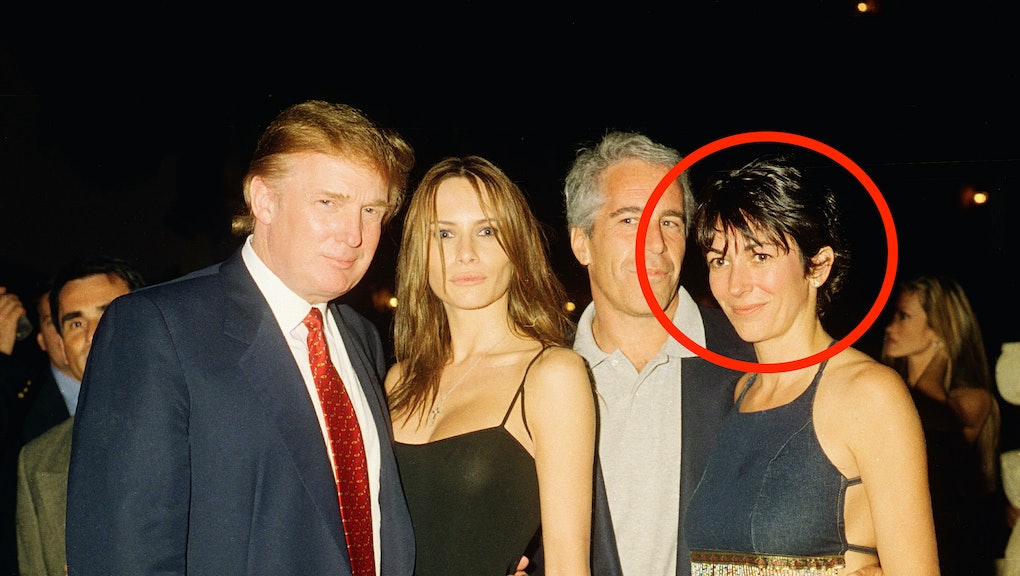 On Thursday morning, FBI agents in Bedford, New Hampshire, arrested Ghislaine Maxwell, the longtime associate and suspected co-conspirator of sexual predator and pedophile Jeffrey Epstein. According to her indictment, Maxwell is being charged with four counts related to allegedly helping procure, groom, and transport Epstein's frequently underaged victims, as well as two counts of perjury.

Maxwell has long been accused by multiple people of being a key facilitator for Epstein. The FBI had reportedly been investigating Maxwell's involvement in Epstein's child sex ring since late last year, shortly after Epstein was found dead in his prison cell this past August. Epstein's death was officially ruled a suicide, however conspiracy theories alleging his possible murder have only grown since then.

In 2015, Virginia Roberts Giuffre sued Maxwell for defamation, after Maxwell denied Guiffre's claim that she'd been forced by Epstein and Maxwell to have sex with Britain’s Prince Andrew. The prince has also denied the allegation, but stepped down from his official royal duties in November 2019, after an infamously bungled interview with the BBC in which he claimed he had been at a local pizza shop at the time he was accused of sexual assault.

Another alleged victim, Sarah Ransome, claims she was raped by Epstein on his private island when she was 22. She directly linked Maxwell to Epstein's alleged sexual assaults.

"You know when Jeffrey wanted me, you know, Sarah Kellen or Ghislaine would call me into his bedroom, and I had no choice but to go," she told CBS News in May.

Maxwell's arrest, while significant, could hardly be called unexpected. Shortly after Epstein's death, Attorney General William Barr warned that "any [of Epsteins] co-conspirators should not rest easy."

The U.S. Attorney’s Office for the Southern District of New York will reportedly lead the prosecution against Maxwell. They have scheduled a press conference for Thursday afternoon to announce further details of the charges against her.

This article was originally published on July 2, 2020