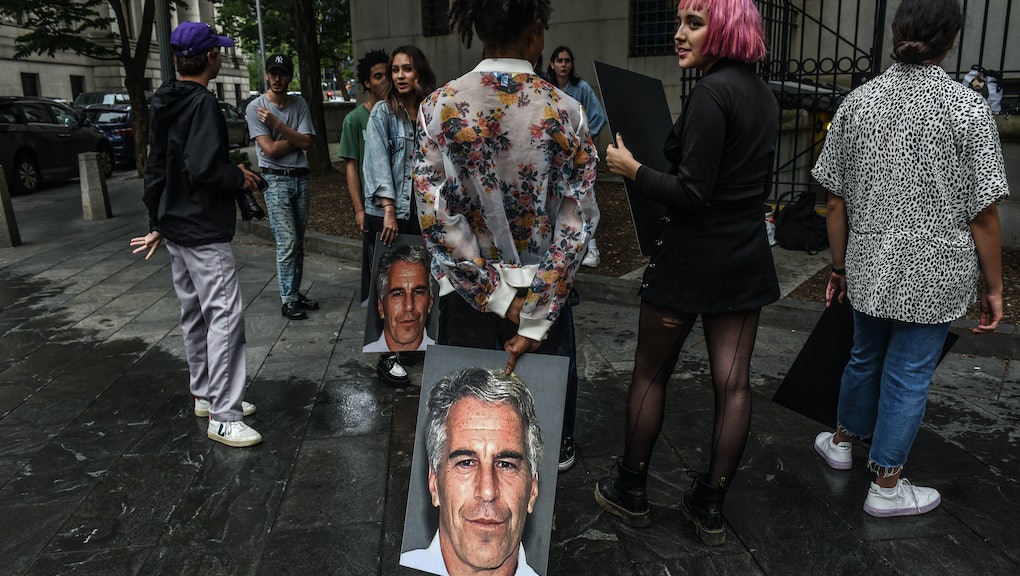 The controversy surrounding the strange death of convicted sex offender Jeffrey Epstein continues to swirl. On Sunday night, 60 Minutes aired a segment on the investigation into his apparent suicide that included a new trove of images from the Manhattan jail cell where he died, as well as his autopsy (they can be viewed here; fair warning, they are gruesome).

The segment included images of Epstein’s room, as well his bloodied neck and his dead body. 60 Minutes also aired images of a note that was found in the room — it included what appears to be a list of Epstein’s complaints about his treatment, including “giant bugs crawling on hands” and “Noel sent me burnt food,” an apparent reference to security guard Tova Noel, who was working the night of the suicide and has since been charged with negligence. Epstein’s note also mentioned that Noel “kept me in a locked shower stall for 1 hour,” and concluded, “No fun!!”

The 60 Minutes piece explored the conspiracy theories that have sprung up in the wake of Epstein’s death, many of which have been spurred by the public remarks of Dr. Michael Baden, a forensic pathologist hired by the Epstein estate. Baden has repeatedly challenged the narrative that Epstein died from suicide, and has publicly sparred with the pathologist who made the official designation in New York City’s autopsy report. Baden was interviewed in depth on 60 Minutes, where he continued to cast doubt on the suicide designation. In particular, he took issue with what he perceived to be a mismatch between images of two nooses fashioned from orange sheets and the picture of the wound on Epstein’s neck.

“This noose doesn’t match the ligature furrow mark. It’s wider than this,” Baden said on the show, adding, “Most hangings, especially free hangings, the ligature slides up to beneath the jawbone, the mandible. Here it’s in the middle of the neck.” In essence, Baden claimed: The images don’t show a scene consistent with a suicide by hanging.

Baden also disputed the suicide designation based on the nature of Epstein’s fractured hyoid bone, which is located in the neck. “I have never seen three fractures like this in a suicidal hanging,” he said, adding, “Going over over a thousand jail hangings, suicides, in the New York state prisons over the past 40, 50 years, no one had three fractures.”

Baden additionally raised concerns about how Epstein’s body was treated after he was found. His body was taken to an emergency room rather than being photographed, which would have provided crucial forensic evidence. “That’s not normal protocol,” said Baden.

Questions have been raised about Baden’s credibility, considering the fact that he’s on the payroll of Epstein’s brother Mark. “That’s a reasonable thing for some people to think,” he told 60 Minutes, adding, “but our job is to find what the truth is. Just to find out whether it's a homicide or a suicide. We still haven't gotten all the information.”

As with many reports about Epstein’s life and death, the segment only raises new questions without answering many old ones. It’s hard to know what to make of the gruesome crime scene photos; while it’d be easy to chalk them up to TMZ sensationalism, the fact that they were used in an extensive 60 Minutes segment will likely give them more widespread notoriety. Suffice it to say, this controversy is not going away anytime soon.