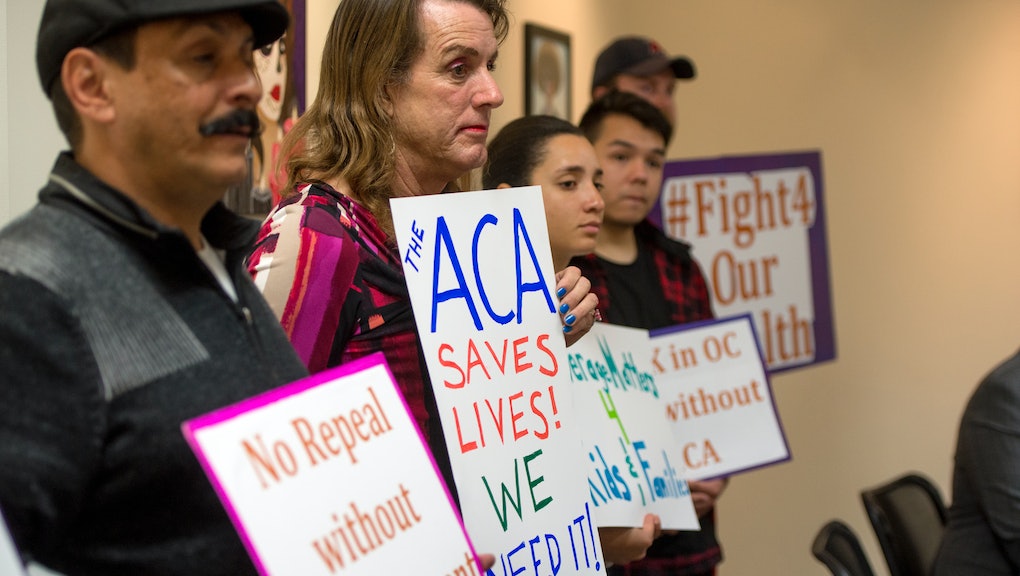 A federal appeals court deemed the Affordable Care Act’s individual mandate unconstitutional, thrusting the whole healthcare system into uncertainty. The Fifth U.S. Circuit Court of Appeals struck down the ACA’s requirement that most people have health insurance or face a financial penalty, according to The Wall Street Journal. In 2012, the Supreme Court upheld the mandate based on Congress's right to tax citizens, but the appeals court argued that the provision was rendered invalid after the Republican-controlled legislature dropped the fee to $0 under the GOP's 2017 tax bill.

“There is no other constitutional provision that justifies this exercise of congressional power,” Judge Jennifer Elrod wrote in ruling against the individual mandate. The provision is central to President Barack Obama's signature health care law, dubbed Obamacare.

The appeals court did not address the validity of the whole law, but it did question the 2018 decision from U.S. District Judge Reed O’Connor rendering the ACA unconstitutional. The judges want O’Connor "to explain” his reasoning “with more precision," per ABC News.

The decision was made with 2-1 vote. The lone dissenter, Judge Carolyn Dineen King, asserted the mandate is irrelevant and should not affect the law’s future.

“Questions about the legality of the individual ‘mandate’ are purely academic, and people can purchase insurance — or not — as they please,” King wrote in her dissent. “No more need be said.”

For now, the ACA will remain in place, but its future is uncertain. California Attorney General Xavier Beccera is representing 20 Democratic states who back the ACA. In a statement he said he believes “the president got the gift he wanted," referring to the appeals court's rejection of the individual mandate. Beccera said he was worried the decision will make it easier for the GOP to repeal Obamacare altogether, adding that he intends to appeal.

"This decision could take us to a dangerous and irresponsible place, not just for the 133 million Americans with pre-existing conditions, but for our seniors who use Medicare, our children under the age of 26, and the 20 million additional Americans covered directly through the ACA marketplace," he said in a statement.

The ACA is responsible for an increase of 19 million insured Americans since it was signed into law in 2010. The law introduced premium subsidies, barred companies from denying those with pre-existing conditions, and allowed people to stay on their parents’ insurance until age 26.

Republicans have been attacking it for just as long, even though they have not presented a viable alternative. The GOP-sponsored American Health Care Act failed in 2017, after multiple versions of it could not pass the Republican-held Senate.

As Mic previously reported, the government is facing a lawsuit from insurance companies who claim they are owed money under the ACA. The feds were supposed to reimburse them for taking on high-risk clients, but reneged after the Republicans took over Congress in 2015. The Supreme Court is set to rule on this matter next summer.

The appeals court decision, however, may not make it to the Supreme Court before its current term is up in June. That means a possible showdown at the high court may be pushed back until 2021.

Trump promised to protect health care as the issue makes its way through the courts. “This decision will not alter the current health care system,” Trump said in a statement. “My administration continues to work to provide access to high-quality health care at a price you can afford, while strongly protecting those with pre-existing conditions.”

More like this
Supreme Court justices' political leanings: A guide to the 2021 court
By Vanessa Taylor
The GOP has tried to kill Obamacare for a decade. SCOTUS just saved it for a third time
By Rafi Schwartz
Uber offered its drivers help with health care, but of course it was a mistake
By AJ Dellinger
Stay up to date