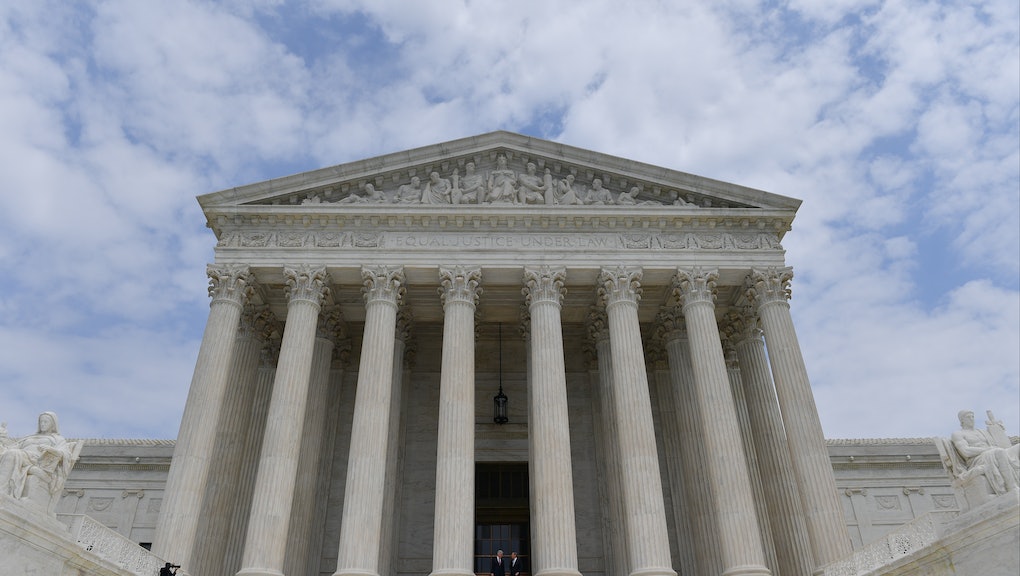 The Affordable Care Act had its day at the Supreme Court ... again

The federal government might be on the hook for money it promised to insurers who participated in the Affordable Care Act. In 2014, Congress enacted a law that stated the government "shall" reimburse insurers if they incurred costs from taking on risky clients. At the time, Congress was controlled by the Democrats. When the Republicans seized power in 2015, things changed, according to The Washington Post.

The newly installed Republican majority declared that the funds had to come from savings, so the program could be revenue-neutral. The Department of Health and Human Services was barred from using any other funds. The results were staggering. By 2017, three-fourths of the insurers went out of business, and others stopped participating. After the dust settled, only six providers were left, and there was a $12 billion bill, per NPR.

Consequently, the insurers filed a lawsuit to recoup their costs. The case made its way to the Supreme Court, where justices heard oral arguments Tuesday. It's the fifth time the law has come before the high court, the Post pointed out.

One of the companies, Maine Community Health Options, claimed the feds owed them almost $60 million. "We had to pull back from New Hampshire," Kevin Lewis, the company’s CEO, said. "We had to do certain things that injured the company and injured our members. And we have only been able to crawl back from that."

Attorney Paul D. Clement, who represents the insurance companies, argued the government was in breach of contract. He called the situation a "massive government bait-and-switch” that posed “the fundamental question of whether the government has to keep its word.”

Deputy Solicitor General Edwin S. Kneedler, representing the government, argued that the feds shouldn't have to pay a cent. He argued the arrangement wasn’t a contract and the government is only obligated to pay if there is a congressional appropriation.

At one point, Justice Samuel Alito asked if there should be "special solicitude for insurance companies?"

Chief Justice John Roberts noted that the companies “have good lawyers,” and wondered why they didn’t step in before the situation got out of control. “The Constitution says no money shall come out of the Treasury except pursuant to an appropriations clause," Robert said. "I would have thought at some point [the insurers] would have sat down and said, ‘Well, why don’t we insist upon an appropriations provision before we put ourselves on the hook for $12 billion?’”

However, most of the justices seemed to side with the insurance companies. Justice Stephen Breyer even gave Kneedler a law school 101 lesson.

“Day one of [Contracts class], I say to you: My hat's on the flagpole. If you bring it down, I'll pay $10. You bring it down. I owe you $10. Now, how does this differ?" Breyer asked. “Why does the government not have to pay its contracts, just like anybody else?”

The Affordable Care Act, nicknamed Obamacare, has been controversial since it was created almost a decade ago. This is the fifth time a case related to the health care law has appeared before the Supreme Court, as Republicans have been steady in their efforts to get rid of it. In 2012, Clement argued against Obamacare, saying the law was unconstitutional, but his efforts were unsuccessful.

As the Medicare-for-All movement grows, Democrats' views on the health care system are evolving. A recent Gallup poll found that 43% of Republicans are happy with healthcare costs, compared to 9% of Democrats and 25% of independents. Republican satisfaction was just 26% in 2018, and 11% in 2016 at the end of President Barack Obama's term; Gallup attributes the jump to the election of President Trump.

The Supreme Court is expected to make its final decision next summer.

More like this
The EACH Act would overturn a "blatantly racist" abortion rule. Will it pass?
By Clare Busch
Title IX will once again protect against gender identity discrimination
By Rafi Schwartz
The real reasons employees aren't rushing back to work
By Noah Berlatsky
Stay up to date