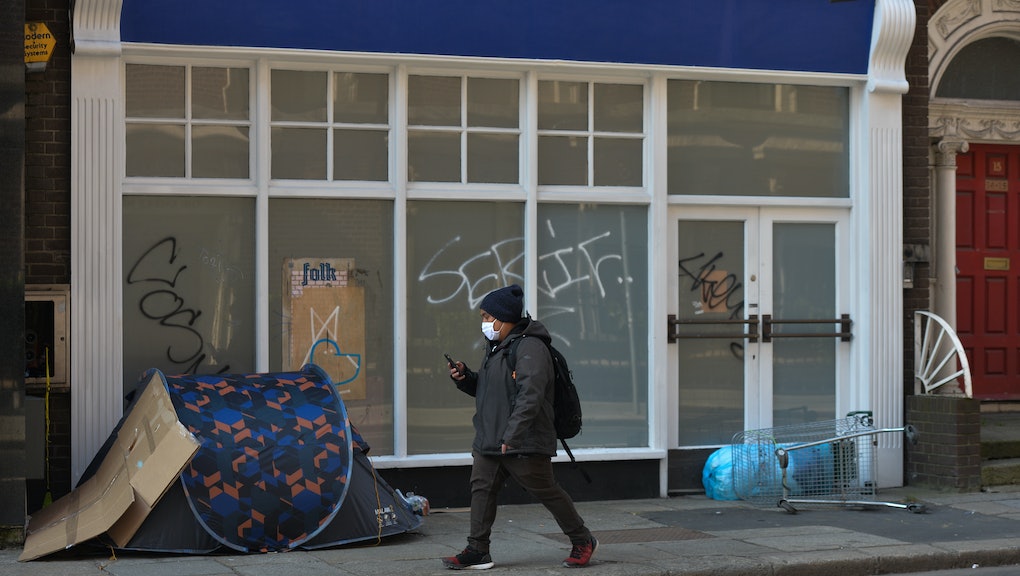 FEMA said it would reimburse cities for housing homeless people. Most cities ignored the offer

Since the start of the pandemic, the Federal Emergency Management Agency has been offering cities and municipalities an essentially unlimited amount of money to house homeless people in hotel rooms that would otherwise be left unoccupied. Odds are, you haven't heard about this program. That's because your city has almost certainly not taken advantage of it. According to a report from Grist, only 23 cities in the U.S. have received FEMA funding for addressing homelessness, meaning the vast majority of the country has chosen to leave people without housing in a global health crisis rather than get reimbursed for putting a roof over their head.

Starting in March 2020, FEMA extended an offer to local governments that would reimburse them 75% of the total costs related to housing homeless people, including the cost of administering coronavirus tests to those without homes. The incentives increased when President Biden took office, with additional payouts offered to cover the cost of vaccinating homeless people and a promise of 100% reimbursement on retroactive expenses incurred to provide housing.

Meanwhile, only one federal tribe, the Mashpee Wampanoag Tribe in Massachusetts, applied for funding. And overall, just three of the 10 metropolitan areas with the highest levels of homelessness per capita took FEMA up on its funding offer.

There were several excuses offered for cities failing to take advantage of a program that costs them nothing and helps to protect people experiencing insecure housing. According to Grist, some cities claimed to have been unaware of the program's existence. Others reported that navigating the process of getting funds proved to be complicated and difficult. Both problems were, at least in part, chalked up to the lack of clarity and perceived competence during the Trump administration, though it's not clear why that would prevent cities from pursuing the aid now under Biden. In other cities, pushback from residents turned a simple matter of providing essential care for a vulnerable population into a political issue.

Either way, none of these reasons are really acceptable. Homeless people are among our most vulnerable populations, with a much higher mortality rate than the general population. That reality was only exacerbated by the coronavirus pandemic. According to National Alliance to End Homelessness, homeless people were twice as likely to be hospitalized, two to four times more likely to require critical care, and two to three times more likely to die than others during the COVID-19 outbreak.

Homelessness is a complex problem, but there is really only one effective solution: providing homes. Offering reliable shelter to those experiencing homelessness not only produces better results than any alternative solution, it's also cheaper. Cities across the country could have used the coronavirus pandemic as an opportunity to address this issue with full federal support and a guarantee that all of the money they spent would be reimbursed — yet most still failed to take advantage. And if we won't take care of our most vulnerable populations when it will literally cost nothing to do so, it certainly doesn't speak well to our odds of ever seriously addressing the problem.