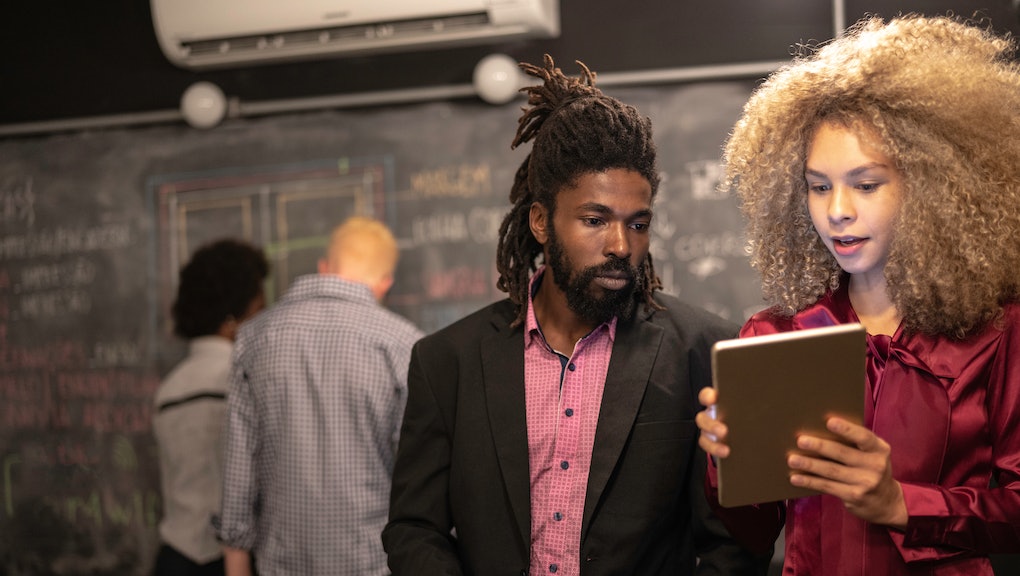 Fighting hair discrimination is a crucial step toward dismantling racism

Hair discrimination is an active and incendiary form of racism that still lurks in professional environments. It's another example of our society devaluing Black Americans, forcing them to conform to white standards of beauty and respectability, and compromise an integral part of their identity in the process. Virginia has joined in the efforts to combat hair discrimination, becoming the fourth U.S. state to pass a law — known as the CROWN Act — prohibiting discrimination against hair textures and styles associated with race, which goes into effect today, The Guardian reports. The state is also the first in the South to pass such legislation, which could spur its neighbors to follow suit.

Virginia state delegate Delores McQuinn was the lead sponsor of the bill, signed into law in March, per The Guardian. California senator Holly Mitchell created and sponsored the first Create a Respectful and Open World for Natural Hair, or CROWN, Act. The bill, which passed unanimously, became law last year. Not long afterward, New York and New Jersey took a cue from California and passed their own versions.

The CROWN Act has garnered traction following incidents of kids being disciplined in schools, or employees being fired, for wearing afros, dreadlocks, or braids. Entrepreneur Marcos Johnson told the Guardian that Black men who wear long hair are often seen as dangerous. In his Oscar acceptance speech, Matthew A. Cherry, director of Hair Love, a 2019 animated film about a Black father learning to style his daughter’s curls, urged every state to pass the CROWN Act. Deandre Arnold, a Black teen suspended from his Texas high school and banned from his graduation ceremony for not cutting his dreadlocks, echoed Cherry’s appeal.

Meanwhile, in 2014, Whennah Andrews of the U.S. Army National Guard challenged army restrictions that would’ve prohibited her dreadlocks and other hairstyles associated with the Black community, according to The Guardian. After a three-year legal battle, the military overturned its ban on natural hairstyles.

Discrimination against Black hair dates back centuries, The Guardian explains. Many descendants of Africans were forced to wear styles to protect their hair from damage during their enslavement. Under Tignon Laws in 18th-century Louisiana, Black women had to wear head wraps to conceal their natural hair, which white women saw as a threat to their beauty. Many Black women have since reclaimed the practice with ornate head wrapping techniques.

These days, regulations around Black hairstyles are spotty. Four years ago, a federal court deemed it legal for employers to fire employees or turn down applicants simply for styling their hair in ways commonly worn by Black Americans. And most states don’t have laws against hair discrimination, although they’re slowly but surely catching on. Colorado passed the CROWN Act in March, shortly after Virginia, and 13 states have comparable legislation under review.

In its ongoing effort toward dismantling systemic racism, personal care brand Dove is expanding their CROWN Coalition to end race-based hair discrimination, which it co-founded with Color of Change, the Center for Western Law and Poverty, and the National Urban League. The CROWN Coalition has also declared this Friday National CROWN Day, marking a year since California adopted the CROWN Act. National CROWN Day is meant to celebrate Black people’s right to wear their natural hair, free of discrimination, and urge other states to adopt the legislation.

Destroying white supremacy requires demanding that Black Americans are valued just as much as white Americans. That includes valuing their hair, an important part of their identity — which they shouldn't have to explain or justify, simply to ensure white comfort.

More like this
The fast food industry's predatory marketing blatantly targets Black and Latinx youth
By Taneasha White
The S Factor studio is facing allegations of exploitation and racial insensitivity
By Tracey Anne Duncan
They couldn't fly their Pride flag, so this couple turned their house into a rainbow
By Tracey Anne Duncan
Stay up to date