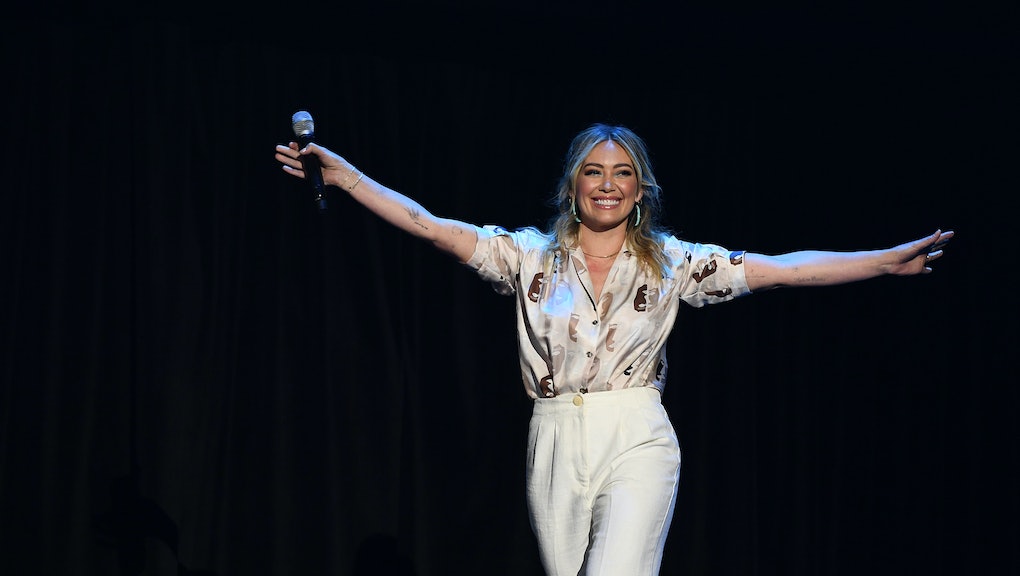 Five Disney+ reboots to look out for

Did you successfully log in to your Disney + account? When the streaming platform launched on this week, 10 million people reportedly subscribed — causing the service to crash for a number of users. But now that we’re past the first day jitters, it's time to focus on the hours of content now at your fingertips, and determine what there is to really get excited about from the entertainment behemoth. There are original shows, like The Mandalorian, there are classic, sometimes problematic, movies, and perhaps most exciting, there are the reboots of stories we already know and love.

Lizzie McGuire was essential watching for most preteens. It was funny, it taught us how to deal with bullies and friends and parents and annoying siblings. There was that episode where she met Aaron Carter and shared a Christmas smooch with him. One of the greatest Disney Channel original shows will be rebooted for streaming exclusively on Disney + starting in 2020.

Hillary Duff will be returning to her role as Lizzie McGuire, and during Disney’s D23 expo, she gave us a summary of what the updated version of the show will be like. “Lizzie has also grown up, she's older, she's wiser, she has a much bigger shoe budget,” Duff said. "She has her dream job, the perfect life right now working as an apprentice to a fancy New York City decorator."

Did you ever wonder what drove Cruella De Ville to kidnap all those dogs? Or be so strongly opposed to marriage? Or have the ability to hire henchmen? Or how she learned to excel at pulling off a three-color wardrobe? Well, Disney is going to answer your questions with its reboot of the world of 101 Dalmatians. In May 2021, Emma Stone will star as the classic villain in a prequel how Cruella De Ville came to be known as an attempted murderer of puppies.

According to Disney CEO Bob Iger, Home Alone is one of several films that the company will be “re imagining” in the continued quest for total media domination. Macaulay Culkin, who starred in the original version of the films in 90s, had a less than enthusiastic response about a remake of the films that made him a household name:

Fans of the original version also pointed out that a reboot would have a big difficulty to overcome: A forgotten Kevin in 2019 could just text his parents. Disney doesn’t seem too concerned with these technicalities and is still moving ahead with a planned release on Disney + in the near future.

In 2020 the Muppets are getting a new short-form series that will be unscripted, called Muppets Now. There will be celebrity guests, Kermit, and all the other Muppets. In this new version Miss Piggy and Kermit will no longer be dating, so if you’re into puppet relationship drama, settle in.

This has been the most unconfirmed reboot of the Disney+ roll out, but also perhaps one of the most anticipated. In August actor Tommy Davidson, who played Oscar Proud, said that Disney+ would be rebooting the series for the platform during a red carpet interview. “I forgot to tell y’all,” he told the interviewer. “Proud Family is coming back.” Davidson’s statements have yet to be confirmed or denied by Disney, but given all the other reboots they’ve invested in, it would make sense they’d put some money towards such a beloved Disney Channel Original.