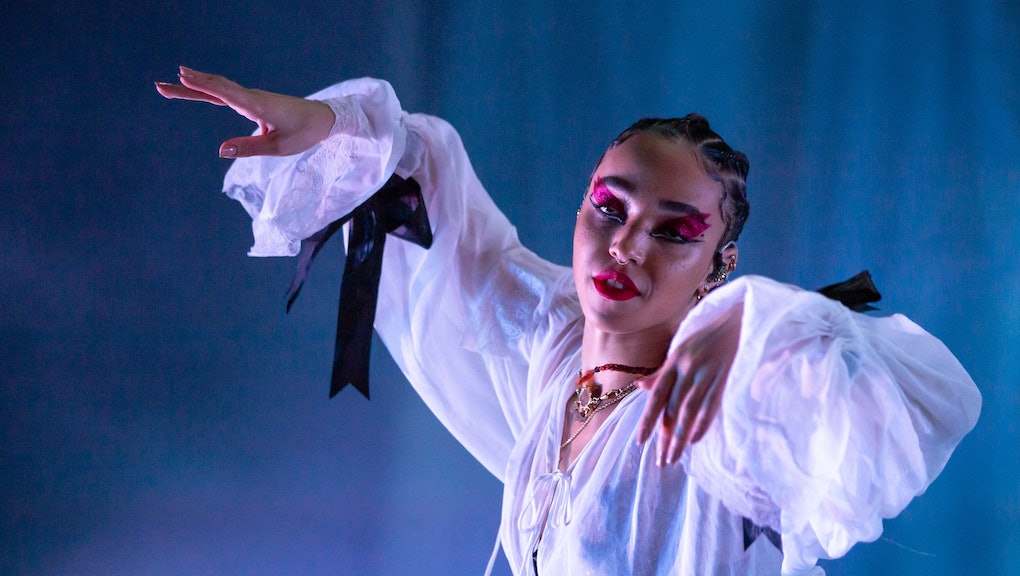 FKA Twigs' new album 'MAGDALENE': What we know so far

FKA Twigs’ long-awaited new album, MAGDALENE, will be released on November 8, five years after her debut LP1. In the lead up to its release, she released a few tracks and accompanying music videos which have illustrated how she’s only grown as an artist. FKA Twigs learned the traditional Wushu, an ancient Chinese method of martial arts, for example. She also taught herself how to pole dance.

In a new Pitchfork profile, FKA Twigs divulged more details about one of the most highly anticipated projects of the year. She described how her approach to the tracks MAGDALENE differed from previous work because of her decision to be more involved with the production. She has production credits on all but two songs on the upcoming album.

“I really wanted to improve my songwriting and have the production support it,” Twigs told Pitchfork. “In the past, I’ve kind of done the song to fit the production.”

Her detailed approach to producing led esteemed composer Nicolas Jaar to tell Twigs that he believed his name should be removed from the credits on some of the songs he worked on. “He felt that his name on stuff wouldn’t highlight how much I’ve done, especially as a female producer,” Twigs said of Jaar. “When he said that to me, I cried.”

MAGDALENE is hyper-personal, according to an interview with i-D. The album “is about every lover that I’ve ever had, and every lover that I’m going to have,” Twigs said. She also explained that the album is meant to capture a bit of the total meltdown happening in the world. “I’m of a general anxiety for this society, for nature, for politics,” Twigs told Pitchfork. “I wake up with it and I go to bed with it.”

The choosing of the name MAGDALENE was intended to carry biblical intonations of Mary Magdalene, the woman referred to for centuries as only a prostitute but who was also an integral disciple of Jesus.

“She represents both things,” twigs says of Magdalene. “And in both is when [women] are the most powerful.”

The album’s only feature is Future, on the already released “holy terrain,” who Twigs refers to as “so naughty,” and also “so ready to repent. He’s just figuring it out. That’s quite beautiful.” The song, which is the closest the album will come to trying to enter the arena of Top 40 pop music, was produced by Skrillex and Jack Antonoff.

“The process of making this album has allowed me for the first time, and in the most real way, to find compassion when I have been at my most ungraceful, confused and fractured, Twigs said in a press release about the album. “I stopped judging myself and at that moment found hope in ‘Magdalene.’ To her I am forever grateful.”