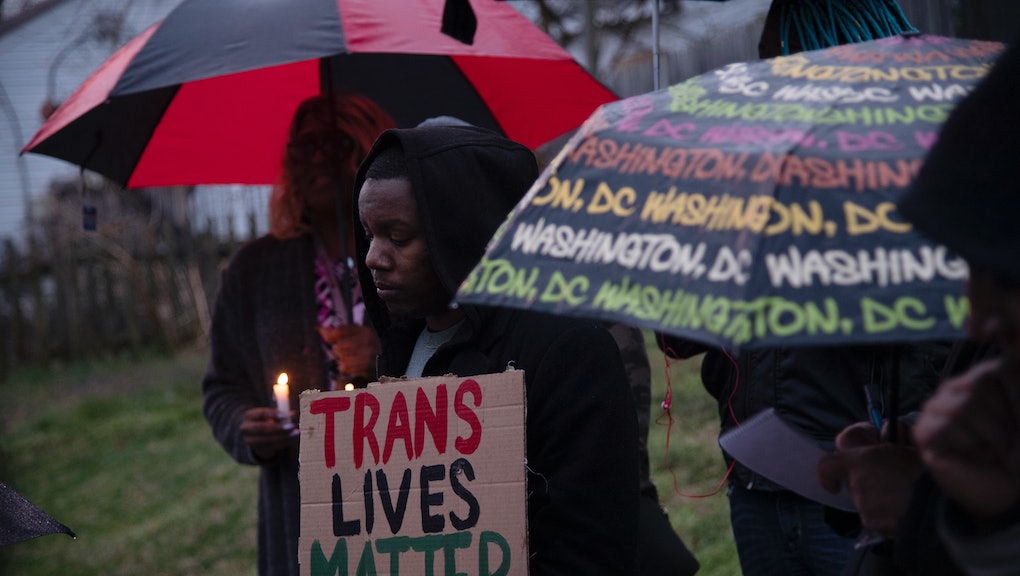 For transgender Americans, 2020 has been a remarkably violent year

Felycya Harris, a 33-year-old Black transgender woman was found dead in Augusta, Georgia park on October 3, shot in the head in what has been deemed a homicide. Harris’s violent death makes her the at least the 31st transgender victim of violence in America this year, according to data from the Human Rights Campaign. This ties for the record high met in 2017, and this is only October. Moreover, Harris is (at least) the third trans woman in Georgia to be killed this year alone.

“This epidemic of violence, which is particularly impacting transgender women of color, must and can be stopped,” HRC President Alphonso David said in a statement. “We must work to address the factors that underpin this culture of violence and openly discuss how the intersection of racism, sexism, homophobia, biphobia and transphobia work to deprive transgender and gender non-conforming people of equal access to opportunity and necessities like employment, housing and health care.”

Transgender and other non-cis people living in America are at risk from the jump — some explicitly for their gender identity, and others because their identity makes them more likely to experience discrimination and other violent bullshit from us cis folk in this heteronormative society we all endure, including unemployment, homelessness, and sex work.

Black trans women are particularly at risk, sitting at the intersection of America’s ugliest biases. If you have biases toward anyone not like you — and we all do, somewhere — I’m saying this with my full chest: Get over yourself. Tolerance is the absolute minimum; we should actually be actively work against this kind of discrimination. Holding your tongue when a relative says something transphobic in passing is not being non-confrontational — it’s supporting the oppression of our most vulnerable. Their comments are not just offensive; they’re deadly.

“We mourn the individuals we have lost this year while remembering them for who they were,” Harris later said, “partners, family members, friends and community members.” Not being an active participant in the acceptance of trans, nonconforming, and other communities contributes to a vicious cycle. People who don't fit a heteronormative mold get ostracized for existing, and then are further punished for the problems that were forced upon them. Therefore, we’re all either actively helping end bigotry or simply enabling it.

More like this
This couple's gender reveal stunt started a deadly wildfire. They're now facing 20 years in jail
By Joseph Lamour
How to embrace body acceptance without being ableist
By Melissa Pandika
U.S. health care is even more of a shitshow than we thought, confirms new ranking
By Ian Kumamoto
Stay up to date