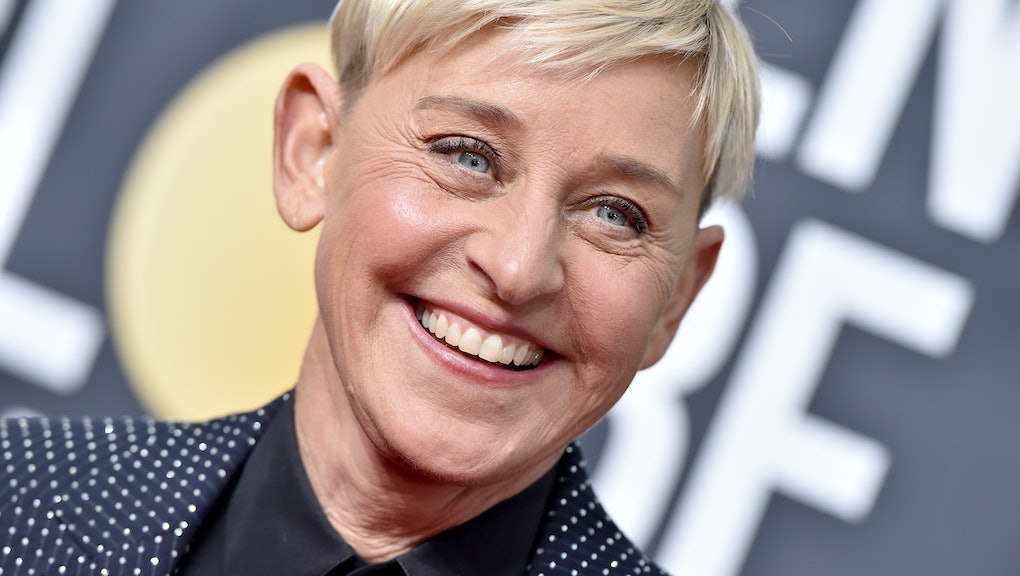 It’s been something of an entertainment industry open secret that Ellen DeGeneres isn’t quite the rosy figure from her show’s viral videos and Finding Nemo. But a comprehensive new story alleges that the noxious work conditions extend far beyond DeGeneres. In a BuzzFeed News report published Thursday night, one current and 10 former employees accuse The Ellen Show of housing a toxic work environment, rife with racism, intimidation, and retaliation. All employees spoke anonymously, fearing blowback within the industry.

Many paint the heartwarming content and charitable donations of her program as a stark contrast from the behind-the-scenes company culture. “That ‘be kind’ bullshit only happens when the cameras are on. It’s all for show,” one former employee said. “I know they give money to people and help them out, but it’s for show.”

Although DeGeneres herself draws most of the attention for hollow gestures, another former employee points to senior-level staffers, including three executive producers — Ed Glavin, Mary Connelly, and Andy Lassner — for overseeing a hostile environment. “People focus on rumors about how Ellen is mean and everything like that, but that's not the problem,” the former employee told BuzzFeed News. "The issue is these three executive producers running the show who ... make the culture and are putting out this feeling of bullying and being mean.”

One former Black employee detailed a number of racist remarks and microaggressions she encountered from high-ranking Ellen Show staffers. She mentions that, soon after being hired, one producer told her and another Black employee: “Oh wow, you both have box braids; I hope we don’t get you confused.” She also says that one of the show's top writers told her, “I’m sorry, I only know the names of the white people who work here.” The same employee faced striking pay disparity and was allegedly reprimanded by Glavin for requesting a raise, diversity training, and objections to using the term “spirit animal.” She claims that a manager contacted her in the midst of Back Lives Matter protests to apologize for not being an adequate ally.

A number of former employees faced harsh consequences for missing work time for personal, largely health-related reasons. One staffer took medical leave for a month, after checking into a mental health facility for a suicide attempt. Their position was eliminated one week into their return to work. Another former employee was faced with significant HR and supervisor pushback for missing work to recover from a car accident and attend two funerals.

In one particularly jaw-dropping example, a former employee set up a GoFundMe page to raise money for medical costs that weren’t covered under the show’s health plan. The next day, she was pulled into a meeting with the department head who asked her to take down the page, fearing it would sully DeGeneres’s image. Within a month, the employee was fired for posting a photo from the office to Instagram — which was apparently a contract breach that other workers had violated without retribution.

In a joint statement to BuzzFeed News, the three executive producers claimed to take the employees' stories “very seriously”:

“Over the course of nearly two decades, 3,000 episodes, and employing over 1000 staff members, we have strived to create an open, safe, and inclusive work environment," they said. "We are truly heartbroken and sorry to learn that even one person in our production family has had a negative experience. It’s not who we are and not who we strive to be, and not the mission Ellen has set for us.”

Earlier in the pandemic, DeGeneres was testing the limits of her upbeat, inoffensive progressivism. Just weeks into lockdown, she compared quarantining to “being in jail,” as her own employees reportedly hired a non-union tech company for her at-home shows, leaving existing workers in the dark about their work and pay status. It appears that was only a glimpse of the workplace toxicity synonymous with The Ellen Show.