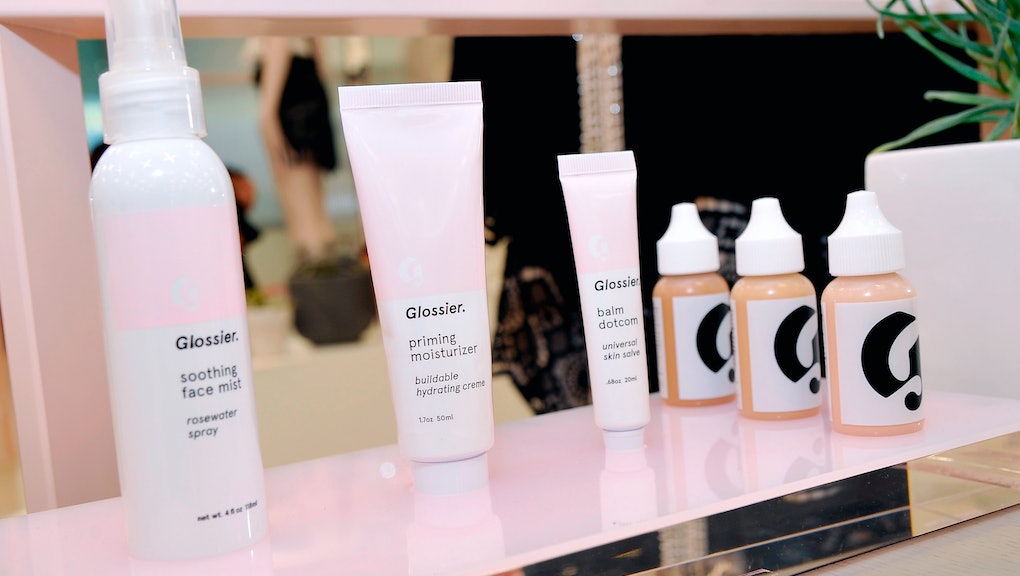 Working any customer service job, especially in a place like New York City, almost guarantees you’ll witness some baffling human behavior. Once, when I was very young and working as a hostess in a big Times Square restaurant (I won’t say which), a man literally pooped on the elevator inside our two-story space. It was a horrifying moment.

That shitty encounter pales in comparison to what Glossier retail employees say they’ve had to put up with working in the aspirational beauty brand’s flagship store, however. A collective of former retail employees, “Outta the Gloss,” published an open letter calling out Glossier management for racism and, essentially, valuing capitalism over the wellbeing of its employees.

The group of unnamed former Glossier retail employees detailed shocking instances of racism they experienced on the sales floor. Customers repeatedly touched BIPOC employees inappropriately. A woman allowed into the Glossier flagship repeatedly harassed and disparaged Latinx workers as “illegals.” A group of chaperoned white teens often came in around closing time to paint their faces in “gleeful blackface” using Glossier’s products for darker complexions. The authors of the letter said there was little-to-no recourse or intervention from management.

According to the letter, Glossier's infractions are numerous and include forcing retail staff to work in an active construction zone (“the dumb girls in the pink don’t even know what kind of fumes they are inhaling," an inspector allegedly quipped) and refusing to consider them for managerial positions.

Glossier founder Emily Weiss responded to the letter and demands from "Outta The Gloss" via her company's blog, claiming she's committed to building "an equitable, inclusive and growth-oriented retail employee experience." Meanwhile, Glossier's retail future remains uncertain; the skincare line laid off all its retail employees on August 7 amid the ongoing coronavirus pandemic. It might not make business sense to reopen IRL retail spaces for a long time, meaning Weiss may be able to skirt the responsibility of actually enacting change — at least for the foreseeable future.

The open letter deserves a read in-full to get a sense of the scope of the complaints against Glossier. But this excerpt puts the group's demands in stark terms:

Glossier’s cult status as the millennial pink 1.2 billion-dollar (valuated) beauty brand was largely secured thanks to their vow to “democratize beauty”. We as a collective of former retail employees– aka “editors”– have experienced an ongoing insidious culture of anti-Blackness, transphobia, ableism, and retaliation. We know the proclaimed brand values of inclusivity, accessibility, and equity should apply to us. We ask Glossier’s devoted community: if this democratization is only achieved by perniciously silencing Black and Brown editors and without treating marginalized staff equitably — have they democratized beauty at all, or is it more of the same?

Might be time to reconsider who you buy your overpriced moisturizer from. There are plenty of Black-owned beauty brands you can give your money to.

More like this
Dua Lipa has officially distanced herself from DaBaby
By Kara Weisenstein
Steak-umm, the social justice warrior no one asked for, tweets fire once again
By Joseph Lamour
8 shows like 'Ted Lasso' to watch if you need more feel-good TV
By Brandon Yu
Stay up to date