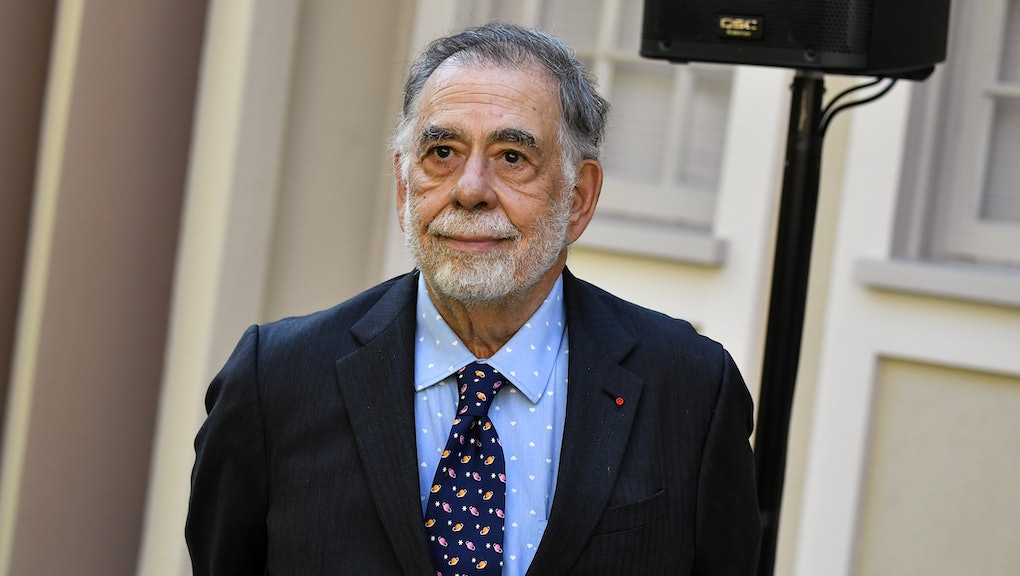 For the last decade, the Marvel Cinematic Universe has undeniably changed the way movies are made. With massive budgets, special effects, and a type of factory-style churning of content that few others can compete with. Recently, Marvel movies have come under scrutiny from famous directors who aren't too keen on the superhero movie movement. Francis Ford Coppola even called them despicable.

First, it was Martin Scorsese, who said that Marvel movies are more like “theme parks.”

“That’s not cinema,” Scorsese said, before immediately coming under fire from Marvel fans for his alleged snobbery. Many claimed he simply wasn’t adapting to the changing industry. But Scorsese’s comments were also met with support, especially from other non-Marvel directors.

Francis Ford Coppola, the director behind iconic films like The Godfather, and The Outsiders, came to the defense of Scorsese and took the comments one step further. While speaking to the press after the Prix Lumière award, he took some time to ruminate on the MCU.

“When Martin Scorsese says that the Marvel pictures are not cinema, he’s right because we expect to learn something from cinema, we expect to gain something, some enlightenment, some knowledge, some inspiration,” Coppola said, according to The Guardian.

“I don’t know that anyone gets anything out of seeing the same movie over and over again,” Coppola said. “Martin was kind when he said it’s not cinema. He didn’t say it’s despicable, which I just say it is.”

James Gunn, the director of the Guardian of the Galaxy Marvel movies, posted to Instagram in response to the criticism. “Many of our grandfathers thought all gangster movies were the same, often calling them “despicable,” Gunn wrote.

“Some superhero films are awful, some are beautiful. Like westerns and gangster movies (and before that, just MOVIES), not everyone will be able to appreciate them, even some geniuses. And that’s okay,” Gunn continued.

But as others have observed, it’s not just that Marvel movies are overly animated, or part of a massive franchise, or center around a world quite dissimilar to our own, but that they are part of Disney’s near monolithic take over of the movie industry.

The company not only owns the Marvel universe, but also the Star Wars franchise, the X-Men movies, and the film Avatar. They’ve all but taken over the blockbuster market, leaving smaller films to navigate a world where only the biggest budget films perform well at the box office. Disney’s tactic might soon make it impossible to have stories that aren’t high budget adventures in struggling movie theaters. And while the Marvel movies might not be despicable, that model of business certainly is.