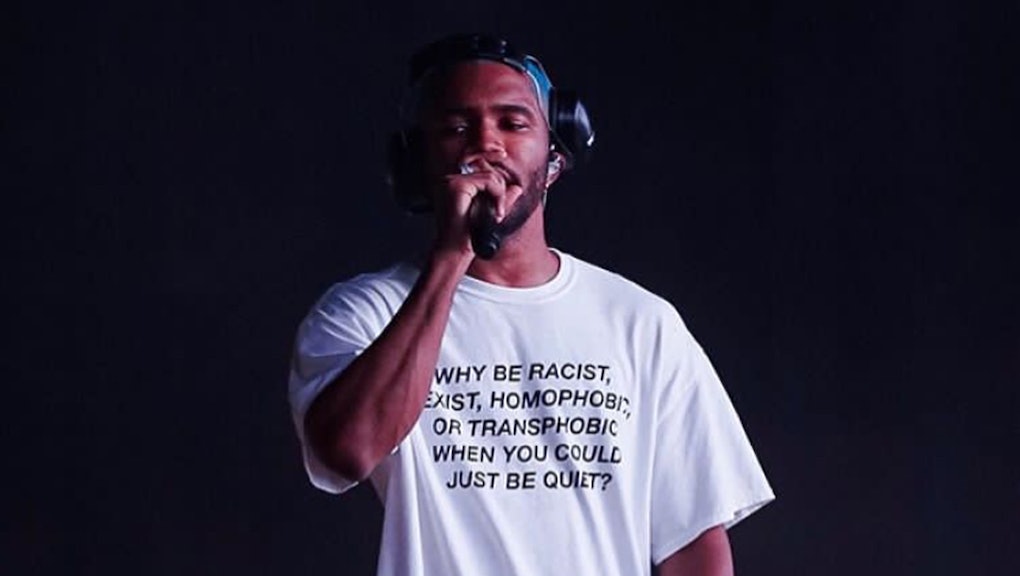 Frank Ocean is throwing a party in New York City tonight. It’s the first in a series of Blonded club nights, called PrEP+ in homage to the revolutionary HIV prevention drug.

According to a statement, the party will celebrate New York’s club scene in the ‘80s and ‘90s and explore what it might’ve been like had pre-exposure prophylaxis been around during the AIDS crisis. The post described it as “an ongoing safe space made to bring people together and dance. PrEP+ will welcome globally celebrated DJs. PrEP+ welcomes everyone."

Notably, the poster for PrEP+ notes the party’s location as “The World,” a reference to a famous East Village nightclub beloved by queer icons like Madonna and RuPaul that closed down in 1991. Ocean noted he’s been exploring this era of electronica and dance music lately in a recent interview with W magazine. “I’ve been interested in club, and the many different iterations of nightlife for music and songs. And so the things I look at now have a lot to do with those scenes: Detroit, Chicago, techno, house, French electronic…” Ocean said. He’s also a huge fan of ballroom culture; the legendary House of LaBeija performed at his 30th birthday party in LA.

If you’re hoping to snag a ticket and tear it up on the dance floor with Ocean tonight, we have bad news: “ticket links have been distributed” to lucky invitees already. The chosen ones will learn where the venue is at later tonight.

Blonded will enforce some common-decency party rules to ensure guests feel safe: No photos or videos allowed; Consent is mandatory; Zero tolerance for racism, homophobia, transphobia, sexism, ableism or any form or discrimination; and the dance floor is for dancing.

Ocean’s become well-known for promoting tolerance. In 2017, he famously performed in a t-shirt (designed by an 18-year-old entrepreneur) that read, “Why be racist, sexist, homophobic, or transphobic when you could just be quiet?”