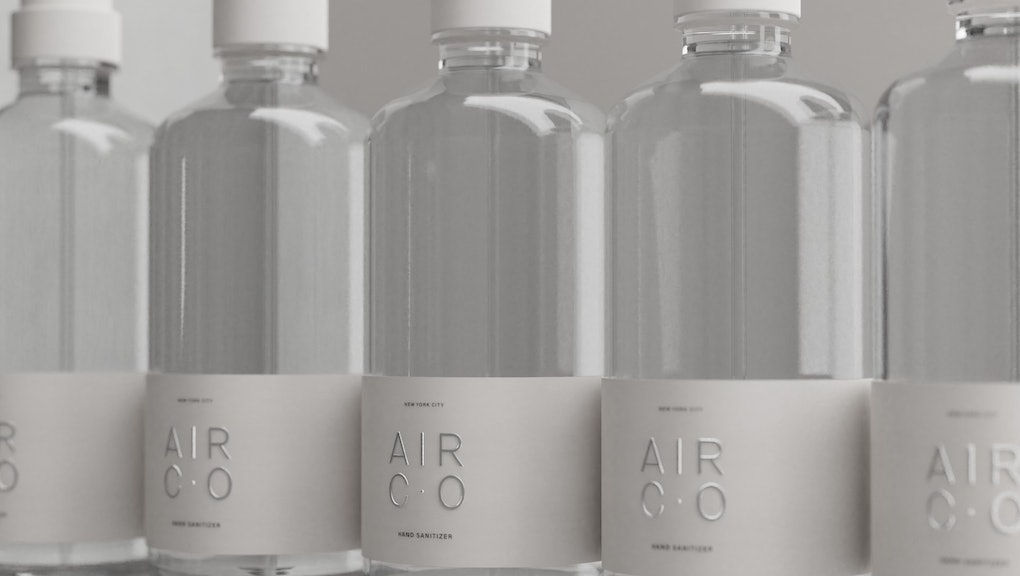 As the coronavirus pandemic continues, we’re seeing a huge impact on businesses of all types. But we’re also seeing what they’re made of, as far as community values go. There’s a lot of disaster capitalism and disheartening corporate exploitation out there, but there are also good people doing helpful things. One of these groups, I’ve found, are booze distributors. We’ve always counted on them to keep us lit when times are dark, but now alcohol makers are turning into actual life savers by using their alcohol distilleries to make hand sanitizer.

This type of innovation is nothing too new for Gregory Constantine, the co-founder and CEO of Air Vodka. You know carbon dioxide, the greenhouse gas largely credited for the blockbuster horror story that is climate change? Constantine and his team found a way to turn excesses of that gas into vodka. For its next magic trick, Air is turning vodka into a hand sanitizer, which is being distributed for free to frontline organizations in need.

“Everything we do is centered around making goods that do good,” Constantine tells Mic. “Our core business is vodka, but we’re trying to make things that help, not harm, the planet, so making hand sanitizer now is part of our ethos.” A lot of big-name alcohol companies are getting in on this philanthropic action now, but Constantine was already putting the plans in motion at the beginning of March.

Constantine said that he looked around a few weeks ago and saw that “the landscape was going to get worse and there was going to be a big need for sanitizer.” His foresight and the relatively small size of the company allowed Air to shift gears quickly. “We’re trying to make as much as possible with a lean team,” Constantine said. “Because of social distancing restrictions, we can’t have multiple people on site in our production facility.”

Constantine said that it was a no brainer to shift operations, even though the company may take a financial hit. “When it came to the question of should we do it, the answer was the world just needs it and we have the ability to help,” he says. “We’re a small early stage company, so yes, it will have an impact on the business.”

It’s great that more mainstream distilleries have gotten on this bandwagon since we spoke with Constantine last week because many of them have the resources to produce larger quantities of hand sanitizer, a profoundly hot ticket item right now. “We are starting with an initial 24 tons over the next several weeks and will make more from there as needed,” Tito’s Vodka announced on their website.

Absolut and Jameson have followed suit, as has Pernod, reported the Wall Street Journal. Here in New Orleans, local rum distillery, Celebration, is giving sanitizer away if you bring your own container. Hand sanitizer isn’t usually what New Orleanians fill our go cups with, but this is one free drink you definitely shouldn’t pass up.

More like this
We learned collective grief from 9/11. We could really use those coping skills right now
By Melissa Pandika
Delta might be the last COVID nightmare variant we get
By Ian Kumamoto
Studies suggest that Pfizer is no longer the cooler vaccine
By Ian Kumamoto
Stay up to date