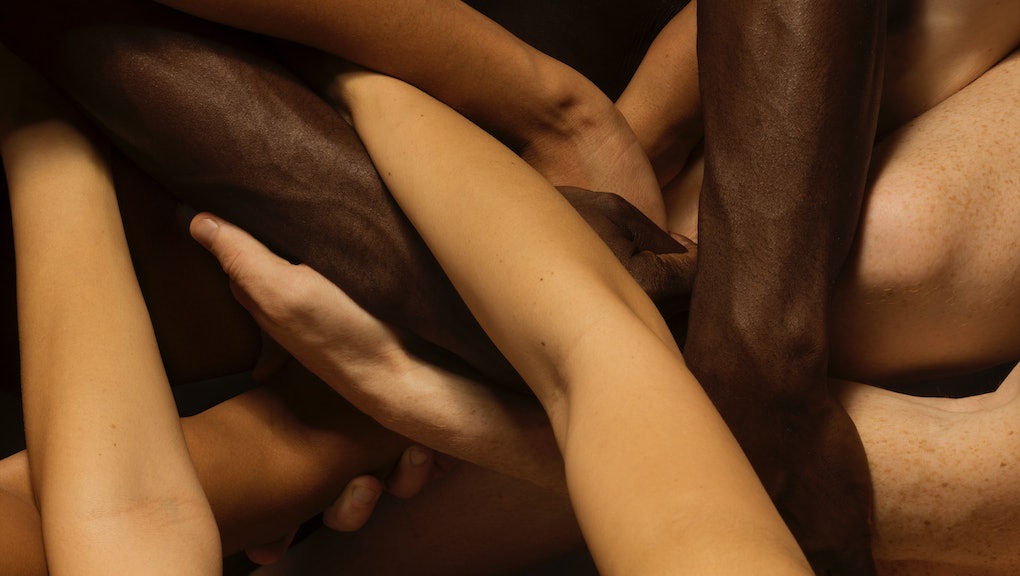 Racism in the workplace is always going to be a touchy subject. But in those industries where sex and expressing attraction is a part of that work, it’s bound to be especially fraught. For years, people have examined the roles that race and ethnicity have taken in adult film, and what improvements the industry needs to make.

Nearly a decade ago, former gay adult film actor Race Cooper became the only Black star on contract at Raging Stallion Studios and he says that there was systemic racism in place at the company. In an interview for PinkNews, he alleged that before casting, producers and directors would use a dog whistle to allow costars to opt out of performing with the one Black man on contract. “It’s just a preference,” is often a way to discount an entire race of people before they even have an opportunity to be considered. Cooper also says that he was paid less than his white counterparts, even if they had less experience than he did. In response to Cooper’s allegations, Raging Stallion/Falcon Studios CEO Tim Valenti cited, to PinkNews, his commitment to increasing diversity in their movies.

Combating racism in the workplace includes self reflection and systemic change, in addition to hiring more people of color. Cooper’s experiences in the industry are not the first time racism in gay adult movies have been in the news, either — in fact, a number of gay stars have often made headlines for racist behavior and suspect tweets. A recent thread on Twitter, posted by user @trblingtimes, calls out gay adult film stars who have reportedly made racist statements in the past. Let’s just say that the racist comments are incendiary and there are copious receipts.

Cancelling accounts and calling out people on Twitter is great and all, but we’ve been through this rodeo before. But this time, the discussion feels different, and the protests over George Floyd and Breonna Taylor are why. Such an outpouring of love for Black Lives Matter, which now is now a movement most of America supports.

Many of us have recently been taking a second look at everything, from a popular country band’s Confederate name to popular adult film sites which regularly categorize races like Black, Latin, and Asian films alongside object-based fetishes like leather and military, which leads to some side-eye as kind of dehumanizing, and maybe not “just a preference”.