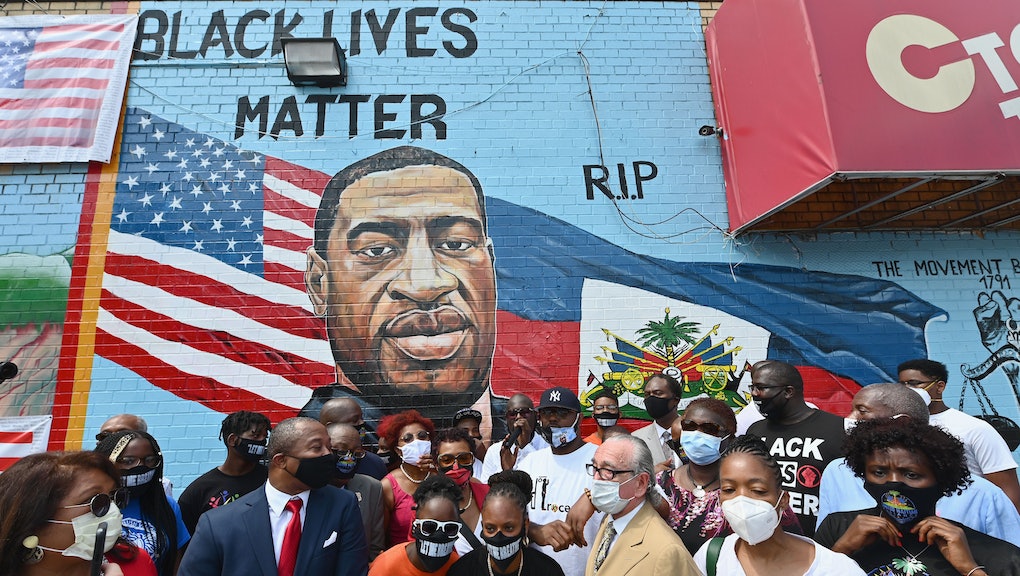 On Wednesday, the family of George Floyd, the Black man killed by Minneapolis police officers in late May, filed a lawsuit against the four officers responsible for Floyd's death, as well as the city of Minneapolis and its police department at large.

The suit, filed in the U.S. District Court for the District of Minnesota, alleges that former Minneapolis police officers Derek Chauvin, Tou Thao, J. Alexander Kueng, and Thomas Lane all violated Floyd's Fourth Amendment rights. It also holds that the city itself is is liable in Floyd's death, based on both its official policing policies and inadequate training for the officers involved.

The suit does not specify how much money the family is demanding from the officers and city. It does, however, highlight the city's history of problematic policing and requests "the appointment of a receiver or similar authority to ensure that the city of Minneapolis properly trains and supervises" its employees in light of that history.

"This complaint shows what we have said all along, that Mr. Floyd died because the weight of the entire Minneapolis Police Department was on his neck," Floyd family attorney Ben Crump said in a statement announcing the lawsuit. "The City of Minneapolis has a history of policies, procedures, and deliberate indifference that violates the rights of arrestees, particularly Black men, and highlights the need for officer training and discipline."

Floyd, whose killing ignited an ongoing social justice movement that has swept across the country, was killed after Chauvin knelt on his neck for nearly nine minutes during an attempted arrest for Floyd's allegedly attempting to pass a counterfeit $20 bill at a South Minneapolis convenience store. Footage of Floyd's death, and the protests it inspired, helped launch a renewed national debate on criminal justice reform and racism that has become one of the major domestic campaign issues in the 2020 presidential election.

"This is a teachable moment for America," Crump explained during a press conference on Wednesday afternoon. "This is an opportunity for police officers to bridge the divide of mistrust with communities of color."

All four officers have since been fired from Minneapolis Police Department and now face criminal charges for their respective roles in Floyd's death.

More like this
All 4 officers involved in George Floyd's death will face federal charges
By AJ Dellinger
Texts from Matt Gaetz's "wingman" allege that the congressman paid for sex with a 17-year-old
By Rafi Schwartz
In his first address to Congress, Biden took on the country's vices: guns and police brutality
By Rafi Schwartz
Stay up to date