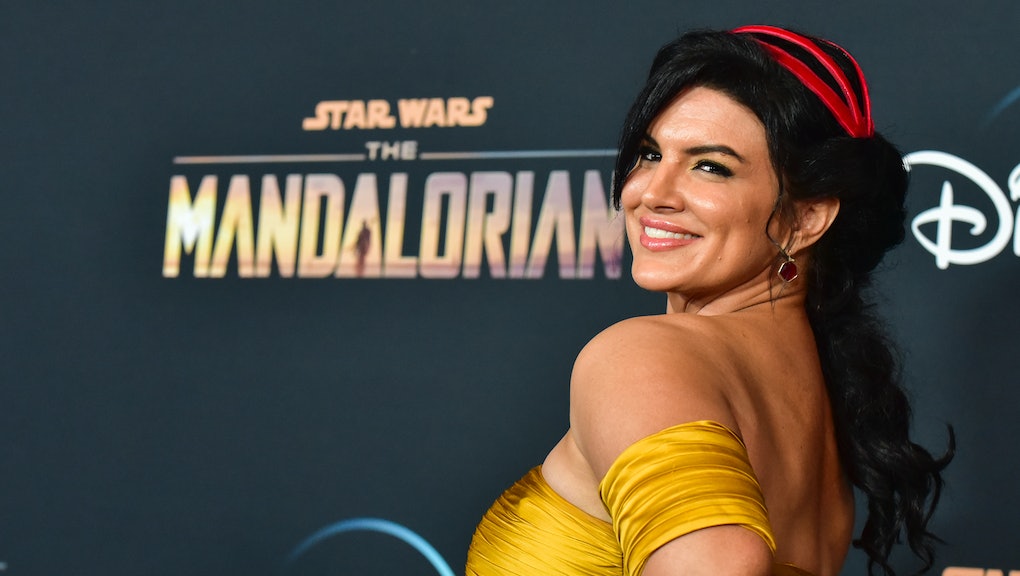 From Star Wars to culture wars, the saga of former MMA fighter-turned-former The Mandalorian co-star Gina Carano continues unabated, as a petition to encourage Disney to rehire the recently fired actress, despite her history of transphobic, conspiracy theorizing, and antisemitic social media behavior.

To date, more than 22,000 people have signed the Change.org petition, entitled simply "Disney: Rehire Gina Carano" after it was launched late last week by Star Wars enthusiast Logan Norfleet, who offered a roundabout defense of Carano's most recent Tweet comparing Republicans to German Jews being murdered in the Holocaust.

Per the petition description:

I'm not going to say she was right or wrong with her views, but firing celebrities over their political views has been happening way too often, and once again, Hollywood has struck down another conservative. What she said may have been a little extreme, and I can even see why some people may have been offended, but her tweet was not made to incite violence or to express discrimination or hatred of any sort to any particular group.

It's a somewhat contradictory message that's nevertheless resonated with a growing number of Star Wars super-fans, and conservative culture warriors alike. The petition page's "comments" section is littered with right wing missives on the wrongs of "cancel culture" (which, in this instance, seems best defined as simply "facing consequences for your actions"), various misunderstandings of what the first amendment does, and Mandalorian-watchers furious that Disney would drop a supporting character who's appeared in only 40% of the episodes.

Carano, whose firing was reportedly in the works months before her recent Holocaust comparison, as meanwhile parlayed her role as the latest conservative cause célèbre into a new partnership with right wing WAP misunderstander Ben Shaprio, telling Deadline that Shapiro's Daily Wire "is helping make one of my dreams — to develop and produce my own film — come true."

Which is to say: while 22,000 people (and counting) seem to be under the laughable impression that Disney cares about their cancel culture tantrums and newfound concern for a wealthy celebrity, it looks like Carano herself is going to be just fine, regardless.

More like this
Steve from 'Blue's Clues' gave us the closure we didn't know we needed
By Kara Weisenstein
Vaccines are good. Threatening to evict someone over them is not
By Rafi Schwartz
The U.K.'s biggest asshole is crossing the pond to join the goblin army at Fox News
By Rafi Schwartz
Stay up to date