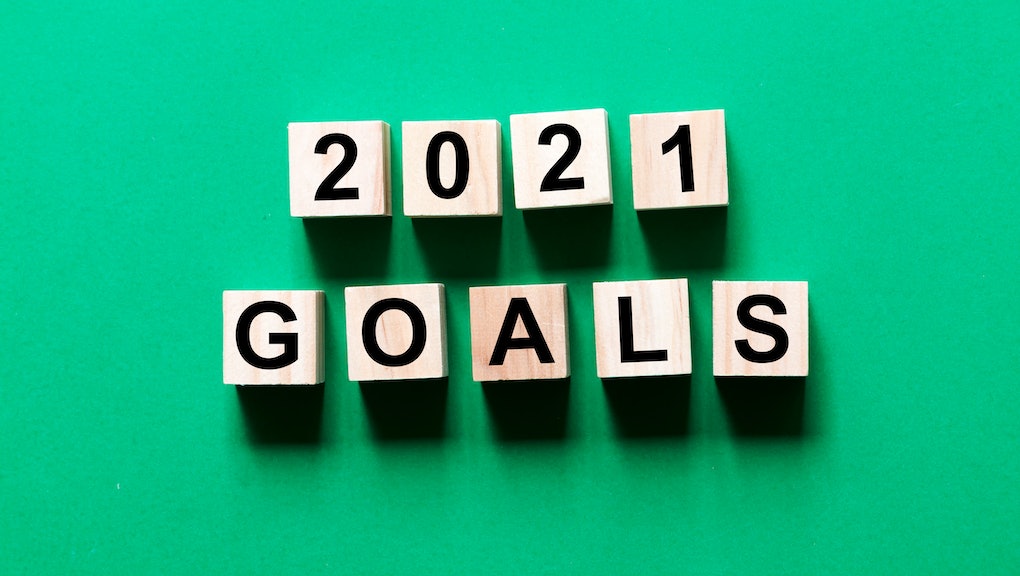 Tis the season to pretend you’re going to be a totally different person next year: more productive, healthier, more intentional about who you sleep with. etc. Good luck with that. I, for one, am opting out of the whole New Year, New You movement. Here’s why: I have watched so many people become so obsessed with self improvement that what they actually become is self-absorbed, socially intolerable, and hypervigilant about anything that may be an obstacle in their quest for perfection. As we warm our hands by the dumpster fire of 2020 and start planning out who we want to be next, I think it’s time we let go of this ghost. I asked top psychologists to weigh in on why 2021 might be the year to give up on being a better person.

Look, I am 100 percent here for solo pleasure, but it might be time to admit that the real point of most self-improvement projects is short term personal pleasure and not long term growth. The knowledge that is sought after in self-help books is much like this, says McDonnel. And, just like anything that makes us feel good, we can become dependent on the quick hits of good feelings that self-help hits give us.

“Self-help can become addictive,” says Sabrina Romanoff, a New York City-based psychologist. And — like so many other addictive substances — those who are the most susceptible to the self-help gospel are also often the most vulnerable, Romanoff explains. This happens because people who are in emotional pain about one issue — like, say, a failed relationship — often turn to self-help to cope.

Self-help — a vague descriptor that generally refers to prescribed advice on how to improve yourself — would be actually helpful if it taught people to deal with issues one at a time, but that’s not usually how it works. “The trouble comes when the wound that needs mending becomes global and the individual’s identity becomes swaddled by the idea that they are someone in need of healing, instead of improving one focal area,” Romanoff says.

Basically, people embark on self improvement projects to fix one thing, but in the process of trying to fix that one thing, they end up thinking that there’s a lot more broken in their lives, and that they may, in fact, be totally broken. We all fall into this trap sometimes. It’s like when you have a leaky faucet and you go to the hardware store to get the supplies you need to fix it but end up signing up for a full kitchen remodel and start to wonder if you should just move.

Except that a human is not a house and an emotional problem is not a leaky faucet. And the self improvement industry is just that — an industry. And, I might add, it’s an extremely profitable one. In 2016, the self-help industry made almost $10 billion dollars in the U.S. The numbers for 2020 aren’t out yet, but the self improvement industry is predicted to be valued at over $13 billion by 2022. Yes, what I am telling you is that this whole business of you becoming better is a marketing scam. And, as innocuous as it seems, it can be a dangerous one.

“Individuals can become so fixated on building a cocoon of self improvement that it isolates and deemphasizes relationships and external reinforcers,” Romanoff says. Self-help communities offer solace, but often at the expense of relationships outside those communities, and that can be a slippery emotional slope. “To many who are struggling, self-help communities offer support, guidance, and refuge,” she adds. “This can feel good to the extent that individuals are willing to confine themselves to the seeker or wounded role to preserve connection and attachment to the omniscient source of help or cure.”

Self-development can become problematic, I’m told, when it is too focused on the self. “Instead, folks should strive to strike a balance between focusing on others and their capacity to relate to those around them,” Romanoff says. Does that mean that all self-help movements or communities are evil capitalists who want to suck your soul for gain? No.

What it means is that you should be wary of any influencer or self-help guru who tells you that you are a problem to be fixed and that they know how to do it. This insidious fiction is exactly what gets people hooked, but it can be hard to resist. “To perpetuate this fixation, one must subscribe to the idea that there’s always something more to heal,” says Romanoff. And in this moment in which we are each — I hope — grappling with our own participation with oppressive systems and trying to make change, we could also be more susceptible to the snake oil of self improvement.

It’s easier to believe that we are broken and need to be fixed than it is to do the more nuanced work of deliberately combing through our harmful behaviors or trying to figure out how to solve systemic problems. It’s easy to find someone willing to sell us the dream of becoming perfect. But as a dear friend told me a few years back, perfectionism is a tool of white supremacy, and so too, I might argue, is any self help that doesn’t fully embrace the messy complexity of what it means to be human.

When I asked McDonnell when we will know it’s time to give up on the idea of becoming perfect, he said, “How soon is now? The search for efficiency, happiness, and performance is literally killing people.” Just as it has always done. Does that mean that you should give in to all your worst character traits and commit to being a dick for the rest of your life? No.

“Aiming to be a better person is a noble task,” says Yasmine Saad, a clinical psychologist in NYC. “The idea is not to get go of improving oneself but rather let go of the approach taken to improve oneself.” In other words, don’t get attached to the masturabatory pleasure of quick hit self-help. Instead, perhaps commit to discovering new potential within yourself, Saad says. That requires more patience and acceptance than we may want to deal with, but it can lead to real and lasting personal growth.

If we don’t want to feel the intense sense of unworthiness that drives many of us to the self-help aisles, we have to radically accept both the imperfect people we are right now and also the inevitably flawed — but potentially wiser — people we will be next. “If we have to wait to arrive at this improved version of yourself to feel good,” Saad says, “you are always going to have negative emotions about yourself.” Maybe 2021 is the year that we can all stop waiting for our perfect selves to show up and instead set the harder intention of being present with who we actually are.

More like this
We learned collective grief from 9/11. We could really use those coping skills right now
By Melissa Pandika
'Nine Perfect Strangers' is a deranged portrait of psychedelic wellness retreats
By Erin Qualey
Why TikTokers are chugging pineapple juice before wisdom tooth surgery
By Ian Kumamoto
Stay up to date