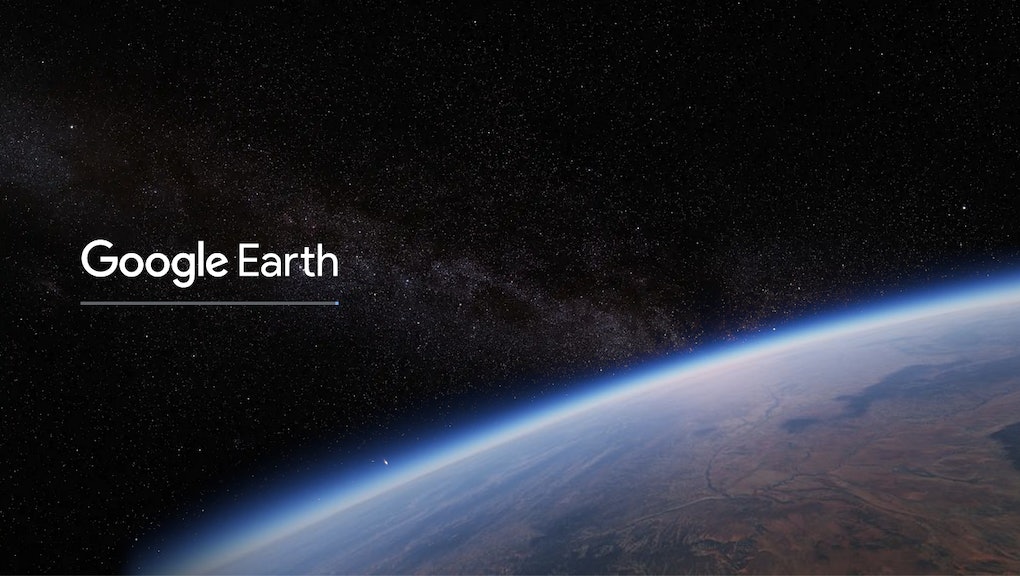 The planet is changing, but it can be hard to visualize from Earth's ground floor. Thankfully, Google Earth is unrolling a new feature that gives us some perspective. Timelapse is a 3-D visualization that shows how different parts of the Earth have changed over the last 37 years, with satellite images dating as far back as 1984 capturing human development, changing landscapes, and the inescapable and very real effects of climate change.

The new feature, which Google calls the biggest update to Google Earth in years, makes use of more than 24 million satellite photos gathered from NASA, the U.S. Geological Survey, European Commission, and European Space Agency. Google has stitched all those images together to create a sort of visual video mosaic that you can scroll through and see what nearly four decades of human activity can do to a planet. Google has created five "guided tours" that highlight specific changes, including urban expansion in some regions and the loss of snow and ice sheets as a result of global warming. The company has also created more than 800 time-lapse videos that highlight the changes in specific cities and regions. If you'd rather explore the globe yourself, you can navigate freely across the planet and see how a region of interest has been modified over the years.

Many of the time-lapse tours and videos provide unique, macro-level visuals into how quickly dramatic change can happen. For instance, one can watch a booming agriculture industry crop up in the middle of what started as a barren desert in Al Jowf, Saudi Arabia, or see the surprisingly rapid urbanization of Las Vegas. Some of the time-shifting imagery is even inspiring, like watching how the indigenous Suruí people have managed to protect the Amazon rainforest despite loggers, miners, and agricultural expansion threatening their ancestral land.

But there is one thing that looms large over all of these time-shifting images — the ever-present threat of climate change. Google certainly doesn't shy away from this issue. One of the guided tours focuses on shrinking glaciers around the world, tracking how snow and ice sheets have retreated in areas around Greenland and Alaska. Implied in those images is even more destruction than the receding ice and snow can show alone. While not captured directly in the images, within the timeline is rising sea levels, loss of habitat and ecosystem for already endangered species, the release of hidden and long-forgotten diseases and viruses, loss of an essential shield that protects us from the sun's occasionally dangerous rays.

One of the common refrains from people who are skeptical about climate change is that humans couldn't possibly change the planet in such a significant way. Timelapse takes on this ignorance head on. Look how quickly things change, how fast a city grows, how quickly a region develops when humans decide they want to occupy it or make use of the land. Then take a look at the areas that humans rarely touch. Place them side-by-side, and you'd see buildings and roads and other carbon-emitting practices increase while simultaneously watching ice sheets disappear.