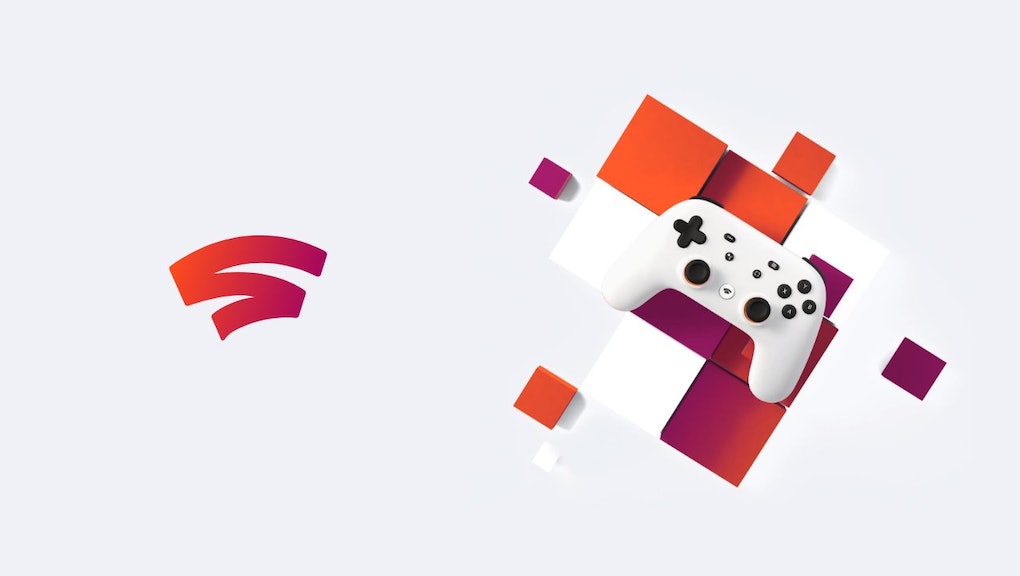 The upcoming video game streaming platform Google Stadia is going to be a literal game-changer as it brings high-powered gaming to the masses. Today, Google took to its first official "Stadia Connect" stream to share additional details about Google Stadia, revealing a release timeline, pricing, and information on the service itself.

Originally revealed in March, Google Stadia allows users to play a variety of games, from graphically-intensive triple-A titles to casual titles, on their preferred streaming device. Yes, that even includes phones. This can all be done without the assistance of a high-end console or even a computer, as the heavy lifting is done on Google's side, requiring zero hardware or costly computer parts on your part. You could potentially plug a simple Chromecast into your TV and play a variety of games, both new and old, by way of the cloud, much like you would access your favorite shows on Netflix. Or you could pull up your favorite game and enjoy it on the go with your phone or tablet.

The service will be offered in two tiers: Stadia Pro and Stadia Base. The Base tier will let you buy and keep any game in the upcoming Stadia store. You'll get to play games at a resolution of 1080p at 60 frames per second — which is nothing to sneeze at, but it isn't the ultra resolution some gamers may be looking for. Alternatively, Stadia Pro will get you discounts on games (starting with Bungie's Destiny 2: The Collection), monthly free games, 4K support, gameplay at 60fps, HDR support, and 5.1 surround sound. The clear winner here is obviously the Stadia Pro subscription, especially if you're looking for an experience more like what you'd get with Xbox Live Gold or PlayStation Plus.

But what kind of price can you expect to pay for a service like this? It seems like a pretty expensive bid, right? It's actually surprisingly affordable. The Base subscription is free to all users, so that might be a good jumping-on point for those curious about the service. Stadia Pro is $9.99 a month, and you get all the above privileges, though you can purchase an optional controller and Chromecast Ultra if you want to play on your television.

Those looking to adopt Stadia earlier may be lured in with a special $130 Stadia Founder's Edition, which nets users a Chromecast Ultra to plug into your TV and a dark blue version of the Stadia controller.

Each of these devices on their own (the Chromecast Ultra and controller) will retail for $70 apiece, so you're going to get a decent bit of savings here. You'll also be able to select your special Stadia username (your in-game handle) before anyone else has a chance to. If you've got a special moniker you'd like to go by, this is your chance to lock it in. The Founder's Edition also comes with three months of the Stadia Pro service tier for you and a friend, who can play alongside you.

Google also confirmed a vague November release for the platform, though this important detail was revealed on the official Stadia website instead of during the livestream. Unfortunately, there's no information beyond the November launch window to mark down on your calendar just yet. It will debut in 14 different territories, including the U.S., U.K., and Canada, with over 31 games from 21 different publishers.

Buying in with the Founder's Edition is the only way you'll be able to try out Stadia this November, though. For other users, it won't debut until 2020. So keep that in mind when budgeting Stadia cash and the quality you want out of your gaming experience.

Speaking of gaming, Google had quite a few reveals on deck during the show. During the presentation, titles like the gloomy Gylt, the action-packed Ghost Recon Breakpoint, and Baldur's Gate III, which promises to offer dozens of hours of RPG goodness, were on display. Baldur's Gate III came as a special surprise, as the series is typically known for hours and hours of sprawling dungeon-crawling, and fans have been clamoring for a sequel for quite some time.

Google also served up a list of games that will eventually be available for purchase on Stadia in addition to the titles highlighted during the stream. They include the upcoming Doom Eternal, Darksiders Genesis, Wolfenstein: Youngblood, Borderlands 3, and Samurai Showdown. It will also feature games already out on the market, like Mortal Kombat 11, The Division 2, Assassin's Creed Odyssey, and Destiny 2.

Google Stadia is going to be an exciting time for anyone into games – though we're not sure just yet how well the streaming service will actually run. Hopefully Google delivers on all its lofty promises and serves up satisfying gaming with high-quality streams that don't routinely drop, because if it makes good on its promises, Stadia is going to be huge.