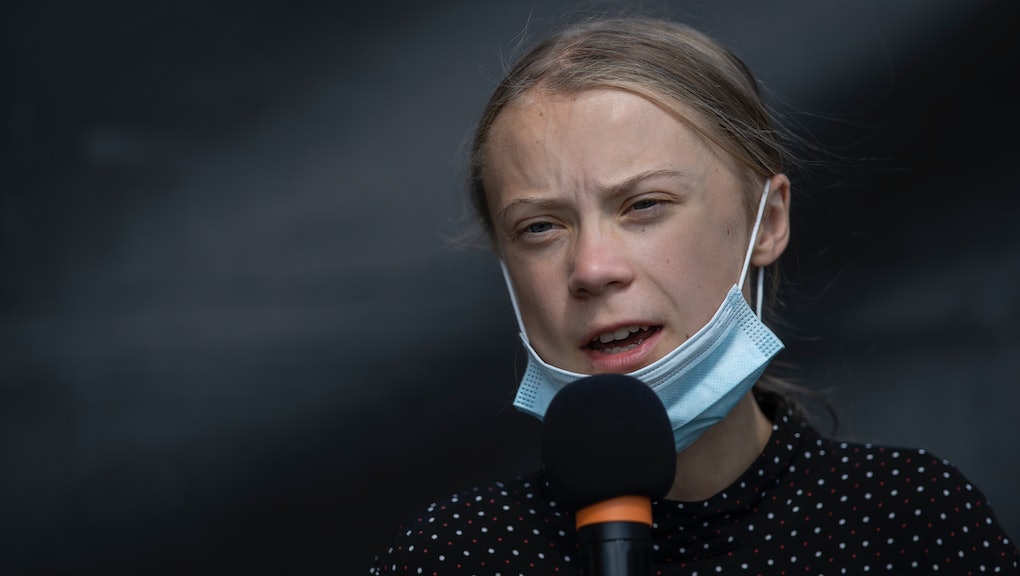 Greta Thunberg ripped the U.S. for its fossil fuel subsidies: "It is the year 2021"

British Prime Minister Boris Johnson and 17-year-old Greta Thunberg essentially have the same end goal when it comes to addressing climate change: Make sure the planet isn't destroyed. But that's about where the similarities end. The Swedish climate activist views climate change as an existential threat and an opportunity to address inequities and injustices that have resulted in marginalized communities bearing the burden for the actions of the wealthy and powerful. Johnson views it as an opportunity to make a quick buck.

The contrast in style came starkly into view Thursday, when both had the opportunity to share their vision for the future in front of policymakers. Testifying in front of the U.S. House Oversight Committee's environmental subcommittee, Thunberg ripped into the U.S. government's willingness to hand out subsidies and offer tax breaks to companies that are ruining the planet by burning fossil fuels. "I am not even going to explain why fossil fuel subsidies are bad," she told the committee. "It is the year 2021. The fact we are still having this discussion and, even more, that we are still supporting fossil fuels directly or indirectly using taxpayer money is a disgrace. It is proof that we have not understood the climate emergency at all." She made it clear that ending these subsidies is an absolute necessity if the U.S. is to do its part in addressing climate change. Failing to do so, she said, would mean lawmakers would have to "explain to your children why you are surrendering on the 1.5 [degrees Celsius] target, giving up without even trying."

Thunberg is correct that these government handouts allow corporations to continue destroying the planet without consequence — and, in fact, with incentive to do so. The U.S. hands out between $10 billion and $52 billion each year in subsidies, according to research from Oil Change International, with even more cash pouring into the coffers of Big Oil in the form of coronavirus relief programs.

While Thunberg was making the case for ditching Big Oil, Johnson was laying out his vision for Big Green. Speaking at the Virtual Climate Summit where the U.S. committed itself to cutting emissions in half by 2030, Johnson smarmed it up, saying that addressing climate change "is not all about some expensive, politically correct, green act of bunny hugging." And while he noted that there is "nothing wrong with bunny hugging," he said it's really about growth and jobs. Summing up his message, Johnson said: "Cake, have, eat, is my message to you."

Going green will create jobs and likely make lots of money, which is great. It's a little less great to tell the countries who are responsible for an outsized portion of greenhouse gas emissions that it's okay to go green because they'll profit off that, too, and won't have to face any consequences for those decades of carelessly pushing the world to the brink.

As if their words weren't enough to show just how different they are, Thunberg picked up on a part of Johnson's address and used it to do a little of her favorite type of trolling: On Twitter, Thunberg changed her bio to "bunny hugger." To her, that is exactly what addressing climate change is about. It's not an untapped profit center — it is the only way we survive. Plus, who wouldn't want to hug a bunny?