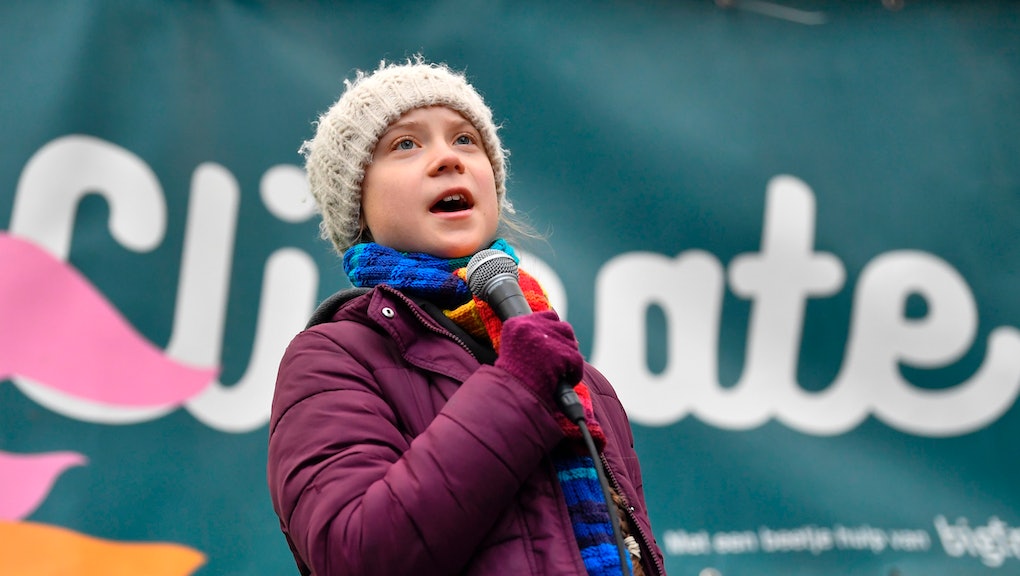 Greta Thunberg thinks it's "extremely likely" she had coronavirus

Environmental activist Greta Thunberg said today she believes she caught COVID-19 during a trip around Central Europe with her father. For the past two weeks she has isolated herself from her family after feeling light symptoms.

"I was feeling tired, had shivers, a sore throat and coughed," she wrote in an Instagram post. "My dad experienced the same symptoms, but much more intense and with a fever."

Thunberg cannot confirm whether she and her father had the virus, because "[in] Sweden you can not test yourself for COVID-19 unless you're in need of emergen[cy] medical treatment," she explained. Therefore, she continued, despite not being tested anyone "feeling ill are told to stay at home and isolate themselves."

Thunberg believes she's pretty much recovered. However, she's using her experience as a warning to other young folks that just because you aren't severely sick doesn't mean you aren't a carrier of the virus. "I almost didn't feel ill," she wrote. "My last cold was much worse than this! Had it not been for someone else having the virus [simultaneously] I might not even have suspected anything."

Without that realization, Thunberg admitted she would've thought it was just a bit of fatigue. "And this it what makes it so much more dangerous," she continued. "Many (especially young people) might not notice any symptoms at all, or very mild symptoms. Then they don't know they have the virus and can pass it on to people in risk groups."

Thunberg called on her peers to be responsible and empathetic. "We who don't belong to a risk group have an enormous responsibility, our actions can be the difference between life and death for many others. Please keep that in mind, follow the advice from experts and your local authorities and #StayAtHome to slow the spread of the virus. And remember to always take care of each other and help those in need."